OFFERING a tray of eggs to the deity at Hock Hin Keong (Ban Ka Lan Snake Temple) in Bayan Lepas, Penang, Lily Au prayed for good health and safety for her family.

The 44-year-old housewife said she had been visiting the temple every year since she got married more than 10 years ago.

“I come here a few times a year without fail.

“I prayed that my family will be safe and healthy throughout the year.

“I also prayed that my only son will do well in his studies and get good results.

“We usually come during Chinese New Year to pray and make our wishes.

“At the end of the year, we will come for thanksgiving, ” she said when met at the temple yesterday.

As for bank manager Chrisstyn Tan, 43, this was her first time visiting the temple. 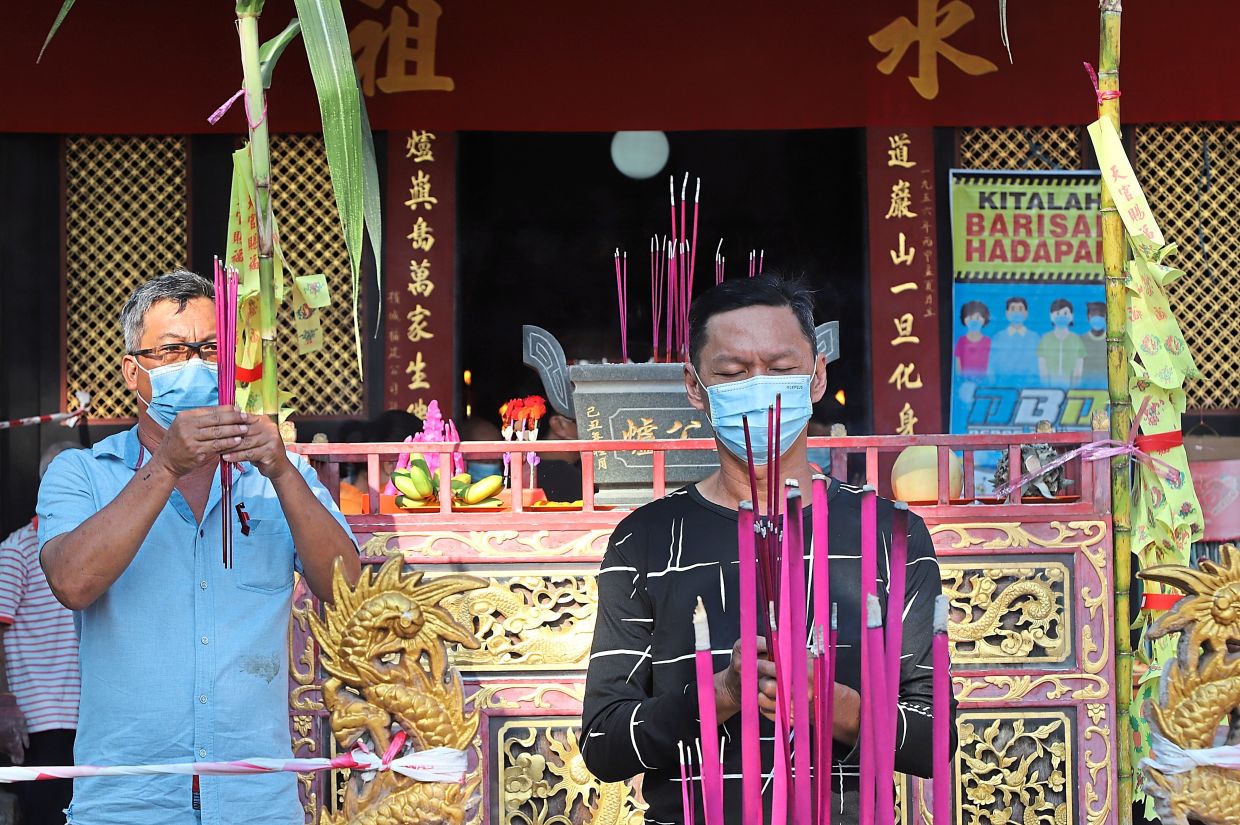 “Although I stay in Penang, this is my first visit.

“I took time off from work for a while to come and pray.

“I went to seek divine intervention from another temple and an elderly person advised me to bring eggs as offerings to the resident deity Cheng Chooi Chor Soo Kong on his birthday.

“I hope that I will be healthy and more knowledgeable with people who are of great help in my life, ” she said, adding that she also prayed for world peace.

The celebration, which falls on the sixth day of Chinese New Year, saw people visiting the temple with eggs, traditional delights, oranges and bags of rice, among others, to offer thanks and prayers for a good year.

“This time, the number of devotees is only about 10% of the usual crowd.

“Due to the movement control order, only six trustees came for the annual prayer session.

“This is also the first time there is no Ban Ka Lan Snake Temple Chinese New Year cultural celebration, which had been held for over 10 years. Fewer number of people visiting the temple this year due to the MCO.

“We also hired several workers to control the crowd, ” he said.

The Snake Temple is managed by the Hokkien Kongsi, Penang.

It is believed that the resident deity was a Chinese Buddhist monk who provided free medical treatment to the people and many were healed under his care.

Legend has it that the deity gave shelter to the snakes in the jungle and when the temple was completed, the snakes moved in and were regarded as the deity’s protectors.

In previous years, thousands of devotees would gather at the temple premises for the annual Chneah Hoay (flame-watching) ceremony at midnight.

Through the ritual, devotees would learn about the deity’s predictions on how the economy would fare for the new year.