Lee referring to a cooking video as she prepares yam cake at her house in Jelutong, Penang. — Photos: CHAN BOON KAI/The Star

Homemaker Lee Shu Lin in Penang could barely break open an egg in the past but now she can make do with any ingredients given to her.

“Due to the no dine-in policy imposed during the MCO in March last year, it suddenly dawned on me that I should start cooking for the family instead of always eating out.

“I went through cooking videos on YouTube and began with the simplest meals. 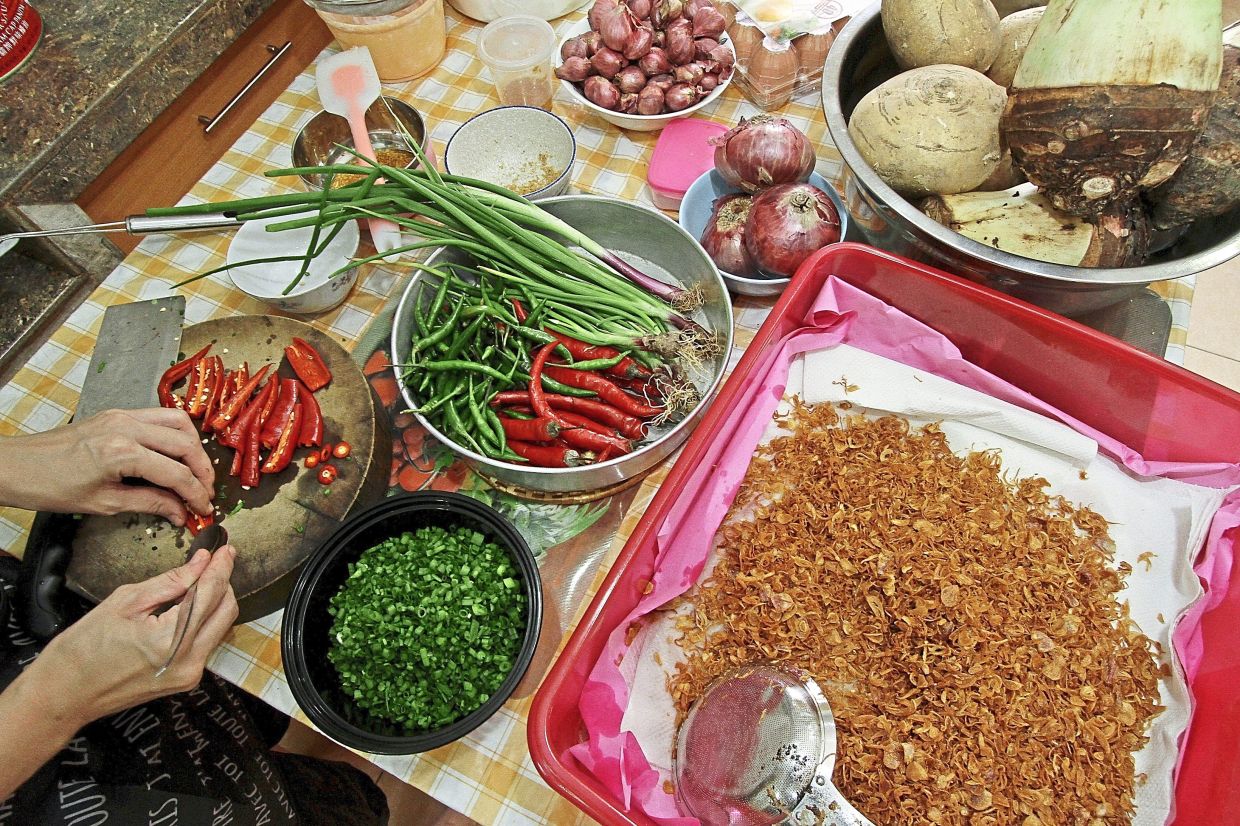 The ingredients for the yam cake.

“Then I started getting feedback from my family and tweaked the recipes based on their recommendations.

“Now, I do not have to refer to any recipe anymore.

“If someone were to give me a set of ingredients now, I can cook just about anything I can think of with them, ” she said when met at her house in Lorong Penaga in Jelutong.

Another who found joy in home cooking is kindergarten teacher Hilary Khoo, 27.

She started trying out easy recipes she found on social media.

“During the MCO, many people shared their simple versions of certain dishes like kuih bahulu, kimchi stew and marinated chicken wings. Lee showing her yam cake (middle) along with other dishes she prepared.

“So I picked up a few recipes from them.

“Then I moved on to more complicated dishes.”

Khoo, who lives with her parents in Relau, can now make a variety of Korean dishes like kimchi stew, Korean egg omelette, Korean pancake and Korean spinach dish.

“As my parents love different cuisines, I learnt how to make chicken chop, spaghetti bolognese and quesadillas as well as fish and chips.

“After so many rounds of MCO, I can say I am pretty confident about my cooking skills, ” she said.