‘Improving accessibility key to encouraging more to use public transport’

The authorities must ensure all buses are wheelchair -friendly. — Filepic

AS SELANGOR aims to expand its public transport networks, stakeholders say that the basics such as covered walkways and affordability need to be addressed.

Taman Melawati Residents Association chairman Azhari Abd Taharim said that while existing buses and rail networks were good, it remained a challenge getting to and from these hubs without driving.

“There are some areas, especially in the centre of Kuala Lumpur where sheltered walkways allow for disembarking passengers to walk to their destination.

“But this is largely non-existent in most other areas. This can be a turn-off for many who prefer to drive instead,” he said.

Besides being sheltered, Azhari said these walkways must be well-lit and safe to make it conducive for pedestrians.

“Another option the state can consider is to have an expanded feeder service to train stations by using smaller buses.

“These buses can pick up passengers within housing areas and take them directly to train stations.

“Within Taman Melawati for example, the nearest train stations are LRT Gombak, Wangsa Maju and Sri Rampai,” he said.

Sales associate Shanthi S, 32, hopes that public transportation access can be improved for persons with disabilities.

“My mother is wheelchair- bound, but she volunteers for an NGO several times a week at their office in Kuala Lumpur.

“From our house in Ampang, she has to wait for a bus that is wheelchair-friendly and even then the space usually allocated for wheelchairs is taken up.

“When she reaches the train station, it is another hassle as the ramp is often blocked by cars,” she said.

Shanthi said while staff at the train stations were always helpful, these services need to be improved. Meanwhile, Cheras resident Terrance Lee, 35, pointed out that building more urban highways would not encourage public transport use.

He said there were currently two new highways being built in the area, plus the existing MRT line.

“Many would rather drive to their destination instead of taking the train because they have become used to it.

“The authorities should look at limiting the construction of new highways and focus on expanding public transport,” he said. — By SHALINI RAVINDRAN 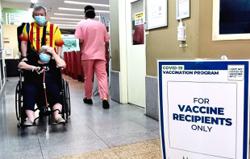