The Seri Negeri Sembilan flats in Sentul are among those identified for urban redevelopment in Kuala Lumpur. — Filepic

KUALA Lumpur’s old and disused tin mining ponds will be transformed into green and usable spaces as part of the Federal Territories Ministry’s “Projek 7 Tasik” initiative.

Its minister Tan Sri Annuar Musa said that as part of the project, seven old mining ponds had been identified in the north of the city for upgrading.

“These spaces have plenty of potential to be turned into public open spaces and should not be left idle.

“While we are concentrating on developing more housing and infrastructure, we must not forget about our green spaces, ” he said during a virtual launch of the Kuala Lumpur Urban Renewal guidebook yesterday.

He added that this was one of the ways the authorities hoped to revitalise the city to improve the quality of living for residents.

While it is not known yet which of the mining ponds would undergo the upgrading, StarMetro had recently reported his commitment to increase public open spaces in Kuala Lumpur.

This was in relation to a proposal to degazette a 3.86ha land sandwiched between the Taman Intan Baiduri lake and Sungai Jinjang.

It was reported that authorities had initiated the process of degazetting the land reserved for public space to accommodate a proposed mixed development project that included an affordable housing scheme.

The proposal was met with concern among stakeholders, who were worried about the loss of recreational space.

On the ministry’s Urban Renewal programme, Annuar disclosed that about 30 locations in Kuala Lumpur where old flats, including those built by private developers, had been identified for redevelopment.

However, for these projects to take off, consent is needed from more than half of property owners living in housing areas that are identified for urban redevelopment.

Annuar stressed that at least 50% of owners must agree to the project, while those who do not give consent would have their units acquired using existing provisions.

“It would be almost impossible to get 100% of owners to consent to this type of project.

“Sometimes, it is a case of owners who have passed on or have moved away and cannot be traced.

“But we do not want this to hinder the redevelopment project.

“We encourage developers to at least get more than half of the owners to agree, but for the remaining owners, we will facilitate their efforts to acquire either the individual strata titles or the entire area for rebuilding, ” he said, adding that some of the provisions would fall under the National Land Code.

The book details the guidelines for interested parties who are looking to redevelop ageing areas under the Urban Renewal Programme.

Annuar said that under the initiative, each unit owner who consented to the redevelopment programme would receive a new replacement unit at no additional cost. 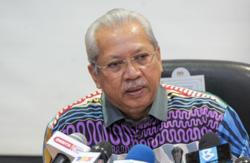