Murugiah (in red) distributing packets of food to residents of Rifle Range flats and (right pic) sharing a light moment with residents of Little Sisters of the Poor after serving them food.

THE Thaipusam tradition of giving reached the poor who were gathered outside the Goddess of Mercy Temple in Jalan Masjid Kapitan Keling, Penang, thanks to members of Malaysia Hindu Sangam Bukit Bendera Council.

The members distributed some 200 packets of vegetarian food in the area, which were quickly snapped up by the crowd.

Council chairman A. Tharman said the programme, dubbed Annam On Wheels, would usually see the distribution of food in Jalan Utama on the eve of Thaipusam.

“Every year, we would distribute 2,000 packets of food to volunteers and devotees as they make their way to the Arulmigu Balathandayuthapani Hilltop Temple in Waterfall Road.

“But this year, the celebrations there were called off.

“Since there is no celebration there this year, we shifted the tradition to this temple where the needy gather, ” Tharman said on Thursday.

For the past six years, he said the council had been distributing about 100 packets of food monthly at the Goddess of Mercy Temple, but doubled the amount in the month of Thaipusam.

“This is because we want to preserve the tradition of annadanam, which is the offering of food.

“In Hindu religion, the giving of food and blood is the highest contribution, ” he said, adding that the council in Penang would also organise a series of 17 blood donation drives this year.

Meanwhile, the Penang Hindu Association also delivered food to residents at Rifle Range Flats in Ayer Itam and the Little Sisters of the Poor – Home for the Aged in Lorong Batu Lancang, Taman David Chen.

Its president P. Murugiah said 100 packets of food comprising vegetarian meals and water were distributed in Rifle Range, while 85 sets of chapati with kurma and kerala payasam were served to the elderly, mothers and staff at the home.

“Every year, we collaborate with the Om Murugan Thaneer Panthal group to distribute between 4,000 and 5,000 sets of meals along Jalan Utama during the Thaipusam celebration.

“Since there are no celebrations this year, we did not want to miss out on serving the needy, ” he said. 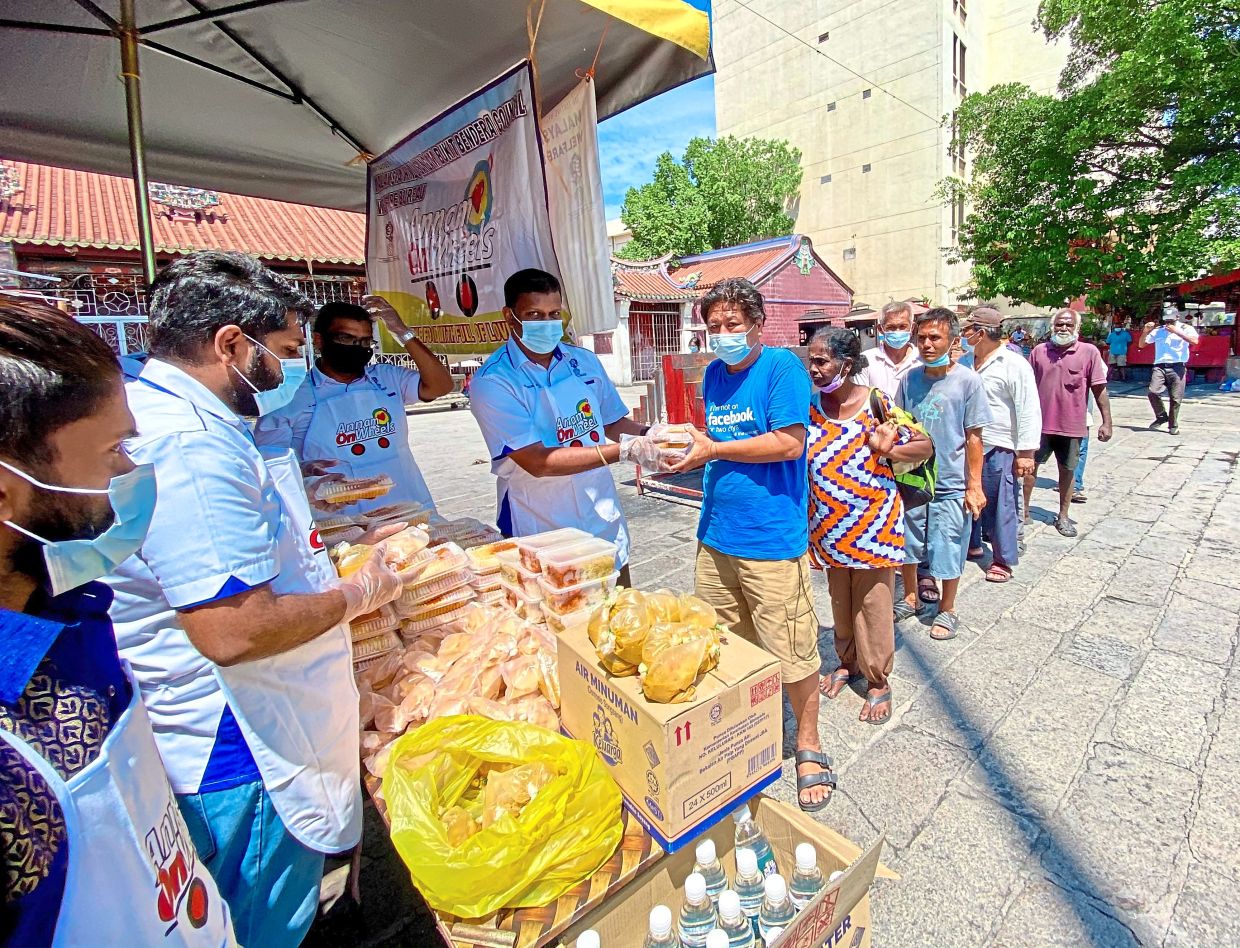 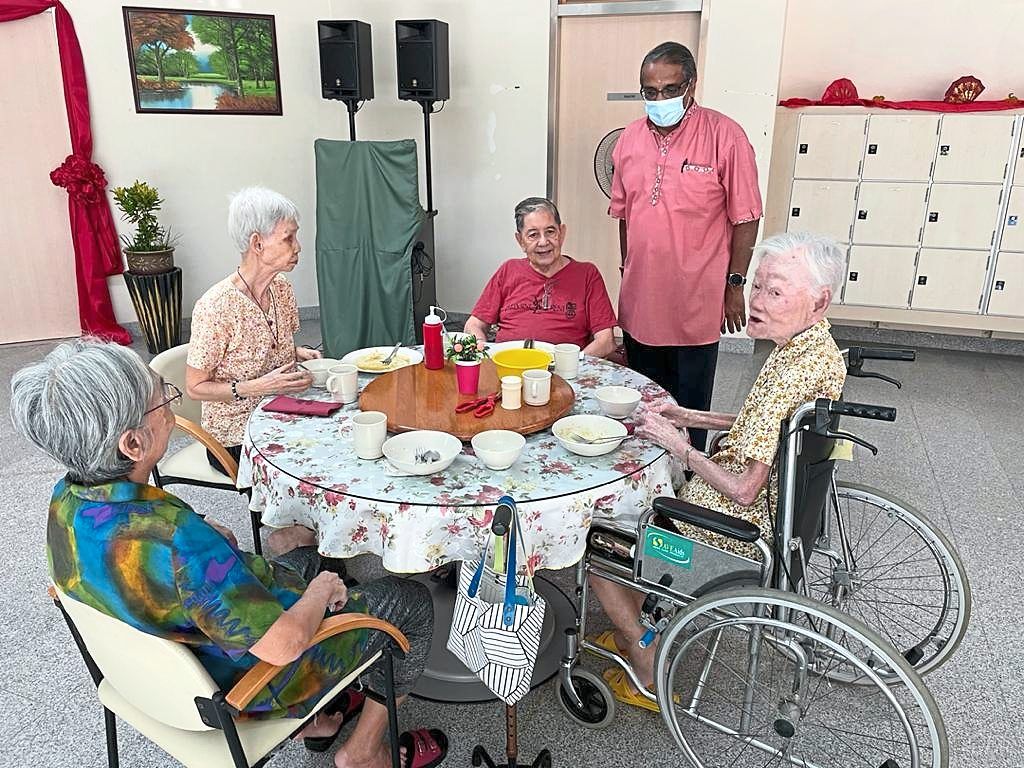 Murugiah (in red) distributing packets of food to residents of Rifle Range flats and (right pic) sharing a light moment with residents of Little Sisters of the Poor after serving them food.

Tharman and the sangam members distributing packets of vegetarian food to the poor at the Goddess of Mercy Temple in Jalan Masjid Kapitan Keling, Penang, in conjunction with Thaipusam.