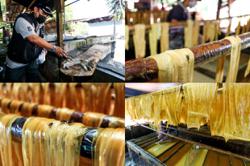 Seberang Prai City Council enforcement officers checking on the parking status of cars parked along a road in Seberang Jaya.

A STAGGERING number of over 15,500 parking compounds were issued by the Seberang Prai City Council so far this month.

Its mayor Datuk Rozali Mohamud said the council was perplexed over the high number recorded.

“Since January to date, we have issued 15,588 compounds to motorists for parking violations. This is almost double the amount recorded in January last year where 9,724 parking compounds were issued.

“In total last year, we issued 132,458 parking compounds to motorists, ” he said during an online press conference from the council headquarters in Bandar Perda, Bukit Mertajam, yesterday.

Rozali said with the cashless Penang Smart Parking (PSP) system fully enforced this year, the council hoped to hear from the people.

“PSP is now fully enforced starting this year and no more paper-based parking coupons are used. 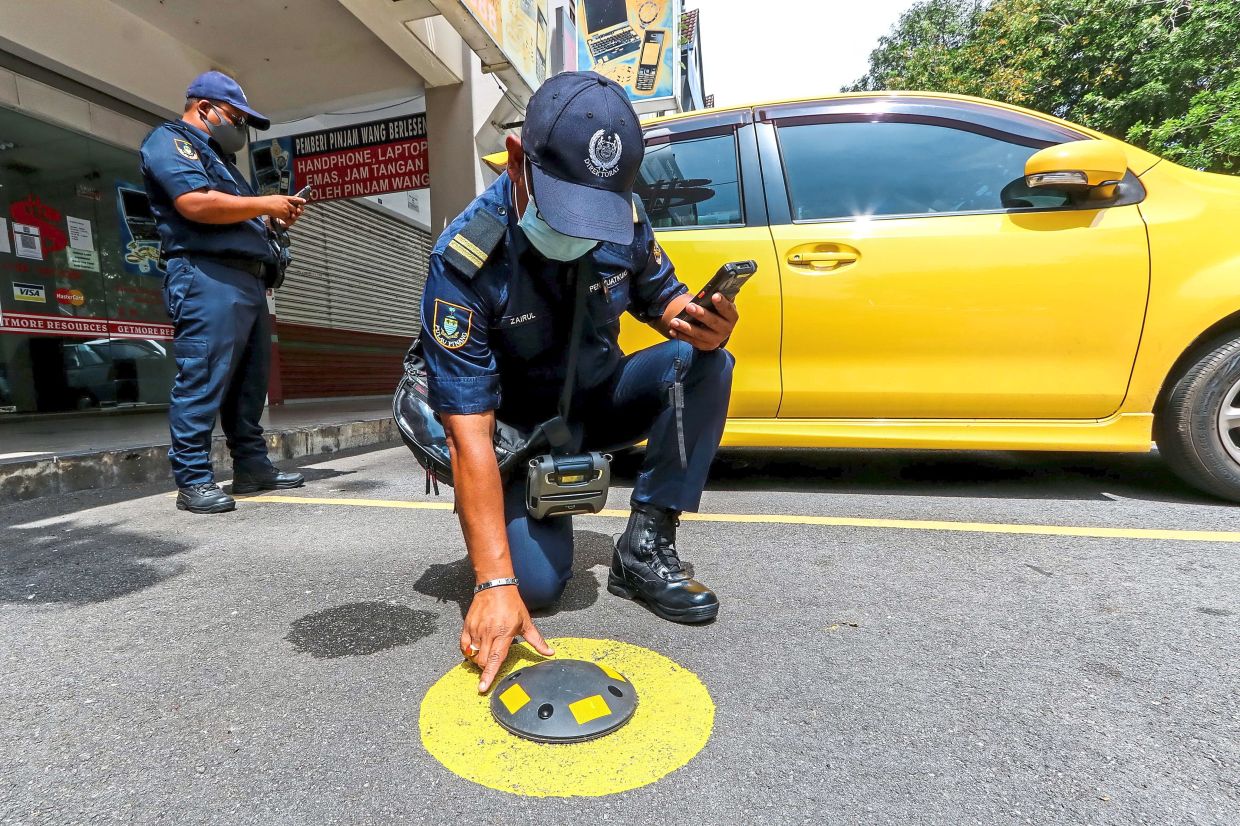 The Penang Smart Parking sensors have been installed on roads to assist motorists in navigating to a free spot using the app.

“We wish to hear their views as I believe that the folks of Seberang Prai are law-abiding and will not violate rules, ” he said.

The PSP app requires motorists to reload credit in the app before using it to pay for parking time.

At present, there are 186 agents selling e-tickets in the event motorists need assistance to pay for their parking. The agents will accept payment from motorists and key in the parking duration of their vehicle from a system installed within their premises.

A check in Seberang Jaya found council enforcement officers making their rounds to issue compounds to motorists for parking their vehicles without payment.

The officers, equipped with digital readers, would either scan the vehicle’s number plate to read or key it in manually for the status of their payment to return.

If a compound is to be issued, the officers would use the device to take photos as evidence and a printer brought along would print out the compound containing details of the offence.

It is understood that an average of 45 enforcement officers are on duty every day.

The council recorded its highest number of parking compounds issued in November last year with 20,151 issued.

Under the PSP implementation, sensors were installed on the road to navigate users with the app to empty spots.

So far, 3,364 sensors installed in Seberang Jaya, Bandar Perda and Icon City are in operation.

Rozali said 6,000 notices were also issued to premises for various violations on parking lots this year.

Those who need more information can contact the council at 04-2696969.