The rapid antigen test initiative at the Bukit Gasing constituency has been extended indefinitely. — Filepic

THE first week of the affordable Covid-19 test initiative at the Bukit Gasing constituency saw 988 people coming in for screening.

From those who took the rapid antigen (RTK-AG) test, 28 tested positive.

All the positive cases were then given a referral letter to their nearest district health office (PKD) to conduct a polymerase chain reaction (PCR) test, which gives more accurate results.

Bukit Gasing assemblyman Rajiv Rishyakaran, who initiated the screening, said doctors advised those who tested positive to be on home quarantine and informed them on the safety measures to be taken so as not to infect family or friends living under the same roof.

Rajiv has now extended the initiative, which resumed on Jan 25, and it will go on for an indefinite period.

In addition to the current screening location at MBPJ Multipurpose Hall on Jalan 51A/22, tests will also be conducted at Pusat Rakan Muda Kompleks Arena PJ on Jalan Selangor.

“Both locations will now conduct daily tests from Monday to Sunday with the exception of public holidays.

“The test screening at MBPJ Hall remains between 1pm and 5pm, while at the Section 3 centre, it will be conducted between 10am and 7pm.

“No appointment is necessary, just walk in to get tested, ” he said during a virtual press conference.

Rajiv said the price for each test remained at RM70 for everyone, regardless of nationality and the state they are from.

He said the Health director-general had announced plans to increase PCR testing to 100,000 and eventually 150,000 people per day.

“He acknowledged there were manpower and time management issues when it came to PCR tests, ” he added.

Rajiv said health experts had been calling for a ramp up in tests with triaged, mass and frequent test regiment, utilising RTK-Ag instead of PCR to help reduce Covid-19 transmission.

He called for the government to look into rolling out affordable testing nationwide.

“Mass testing using RTK-Ag helped manage the outbreak in Sabah and among the foreign workers because it was made mandatory.

“So why not ramp up RTK-Ag testing first and foremost for everyone?” he added.

Rajiv said the problem with PCR tests was that it took too long.

“Currently, only those who are symptomatic are tested, while the asymptomatic ones are told to quarantine at home without a test, ” he said.

For details on the affordable test initiative, email help@bukitgasing.my. 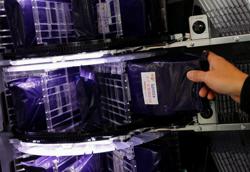 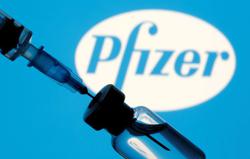