MBPG mayor Asman Shah Abd Rahman said the upgrading works would involve patching up potholes, installing 156 street lamps and guardrails as well as cutting trees that are blocking out light from the street lamps.

He said the local council was helping the Johor Public Works Department (JKR) to improve the condition of both highways.

He added that the highways were under JKR’s jurisdiction.

Asman Shah said motorists had complained of potholes on the highways.

He said MBPG had held meetings with the state JKR to coordinate the upgrading works.

“The whole project will cost about RM4mil.

“We plan to start in early February and it is expected to be completed by April.”

He said MBPG had put up a notice announcing the project on the council’s Facebook page.

“We hope the affected motorists will be patient throughout this upgrading period, ” he said when contacted by StarMetro.

The mayor said traffic congestion might occur as some lanes would be closed during the road works.

“The safety of road users and the workers are our main priority, aside from the quality of the work done.

“Part of the reason for choosing to do this work in February is because of the Chinese New Year holiday, so traffic will be less heavy, ” he said.

He added that MBPG was also looking at ways to make the bitumen last longer to reduce the occurrence of potholes.

“Both these highways are heavily used by heavy vehicles as Pasir Gudang is an industrial area.

He explained that concrete was not a viable option for roads as it was three times more expensive. 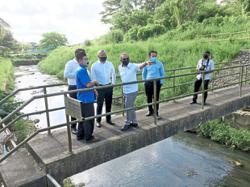