Penang infrastructure committee chairman Zairil Khir Johari said the construction company involved had been moving its machinery to the site to kick off the project.

“The construction company is keeping the machinery at an open area along Jalan Bukit Gambir.

“The starting date of the project is set for Feb 1.

“Construction workers and project consultants will be mobilised as well, ” he said. 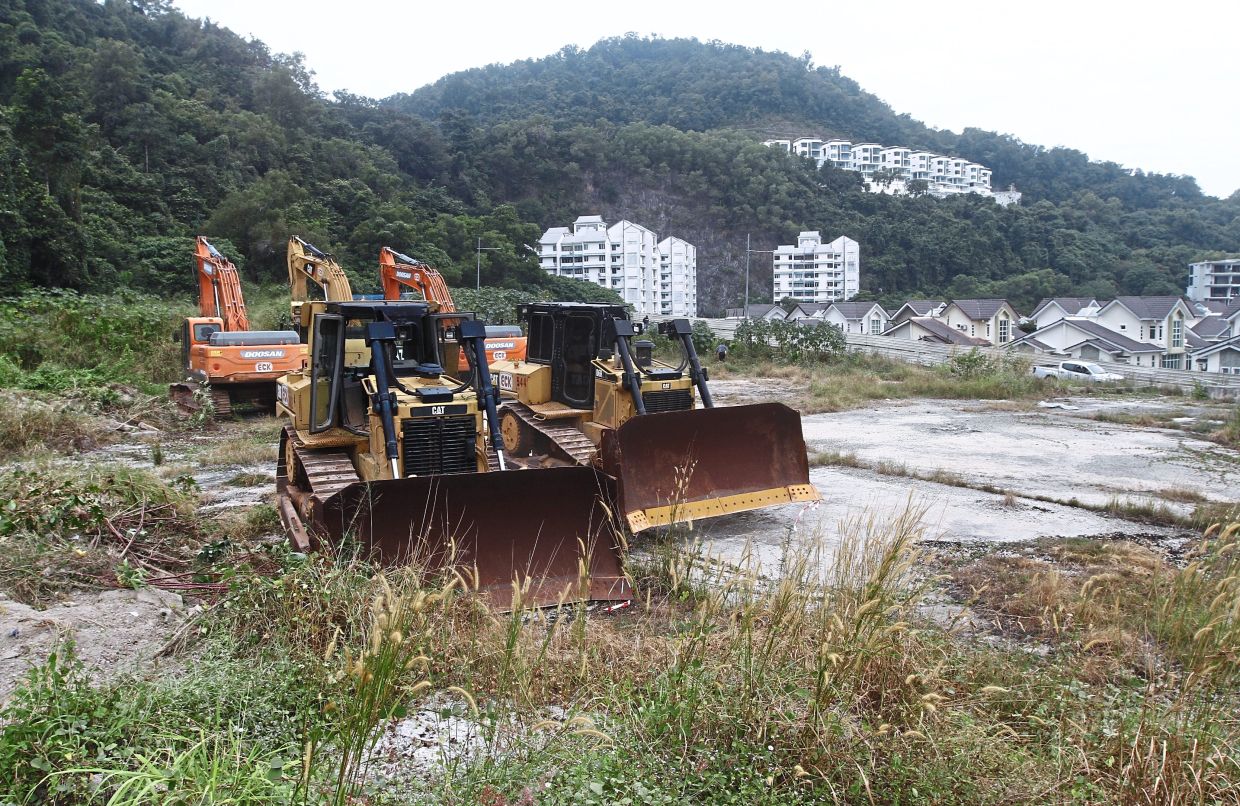 Two bulldozers at the open area near Ashley Green (background).

Zairil added that during the movement control order period, construction of public infrastructure is allowed to go on.

On Monday, The Star reported that the construction of the bypass would start on Feb 1 and completion was scheduled for Jan 3,2025.

An agreement signing ceremony was held in Komtar between the state government and Consortium Zenith Construction Sdn Bhd (CZC), which is the design and build contractor of the three major roads and undersea tunnel project.

Chief Minister Chow Kon Yeow signed the supplemental agreement to the sub-agreement in relation to the construction of the bypass on behalf of the state government while CZC board member Tan Sri Dr Khor Eng Chuen signed on behalf of the company.

The 6km toll-free road will have 1.8km on the ground and the other parts elevated.

The Package Two alignment and two other road projects are part of the island traffic dispersal system of the proposed Penang Undersea Tunnel, a 6.5km tunnel beneath the seabed between Gurney Drive on the island and Bagan Ajam in Butterworth.

Upon completion, the bypass is expected to reduce travelling time and bring long-term benefits to Penangites, especially the 300,000 people residing in Ayer Itam, Bandar Baru Ayer Itam and the adjoining Paya Terubong.