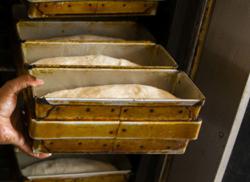 Yesterday, only a handful of people turned up to exercise at Stadium Sultan Suleiman in Klang. — KK SHAM/The Star

He added that all three areas would be reopened to the public on Monday.

Walkers and joggers have been reminded not to enter Stadium Sultan Suleiman, Taman Rakyat and Bukit Lipat Kajang as council workers would disinfect all common touchpoints at the three parks. The closure order was imposed under the Prevention and Control of Infectious Diseases Act 1988.

Yesterday, Fadzli and his council team decided that parks and other recreational areas would remain open for exercise amid the tightened Covid-19 restrictions that began on Jan 13, after the disinfection works were done.

“Park users must observe the strict protocol of not being in groups of more than two, and keeping a safe distance of two metres between each other, ” he reminded.

He said parks and other green areas were important for both physical and mental well-being.

For this reason they would remain open, as long as people adhered to the Covid-19 standard operating procedures.

“Popular parks like Taman Rakyat, Bukit Lipat Kajang and Stadium Sultan Suleiman and neighbourhood gardens are open to the public for daily exercise.

“If people want to keep using the green spaces, it must be done safely and with consideration for others.

“If a few people fail to follow the SOP, then the council would be left with no choice but to close the recreational areas, ” he added.

On Monday, the Prime Minister announced that Selangor along with five other states would be put under the movement control order for two weeks until Jan 26. 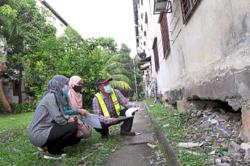