THE ban on poultry slaughtering at wet markets to control diseases is nothing new and has been carried out in stages at all Penang Island City Council (MBPP) sites.

In a statement, the council said it had held detailed discussions with stakeholders to ensure the policy is carried out for the good of the people on Penang island.

“The Seberang Prai City Council (MBSP) has also banned chicken and duck slaughtering in markets under its administration since October 1991, ” the statement read.

In February last year, it was reported that poultry slaughtering would not be allowed at all wet markets and hawker centres on Penang island from October 2021.

Instead, sellers of dressed chickens will have to get their supply from a centralised storage and distribution centre now under construction in Batu Lanchang.

Six slaughterhouses on the mainland will do all that work and on the island, all sellers have to collect dressed birds from the centre expected to be ready this year.

In the statement, MBPP said sessions involving 175 poultry traders were held to keep them informed about the policy.

“However, we brought the policy implementation forward to March last year following the pandemic outbreak due to health concerns.”

On the new centre in Batu Lanchang, the statement said the move was to ensure that poultry with Veterinary Health Mark (VHM) certification would be sold to consumers within 24 hours after the slaughtering to ensure freshness.

The statement also said traders and suppliers of dressed poultry in MBPP’s administrative areas should equip themselves with chillers starting March 1 this year.

It said the methods of storing fresh chicken in the markets nowadays were unsatisfactory as many traders were just spraying water on the chicken surface or using ice cubes to maintain freshness.

“Such methods will contribute to contamination.”

A chiller to ensure the freshness of the chicken costs about RM3,000.

MBPP was responding to Penang Chicken Traders Association urging the council to withdraw the setting up of the centralised storage and distribution centre.

Association chairman Azizur Rahman claimed the move would result in customers not getting clean and fresh dressed birds.

Azizur said they were given only two options, which was to get chickens from the only vendor and supplier recognised by MBPP in Penang or buy from other suppliers who could produce three

“If we were to get dressed birds from the other vendors, we would have to buy our own chillers.

“If we get our supplies from the vendor recognised by MBPP, the vendor will give us a free chiller if we sign a three-year contract with them. This will increase our burden, ” he said.

Azizur said they wanted the council to build slaughterhouses at all districts instead.

“We are willing to have a peaceful discussion with authorities but if they do not attend to us, we will organise a big protest at Komtar.”

There are more than 200 poultry retailers in Penang and the association has 187 members. 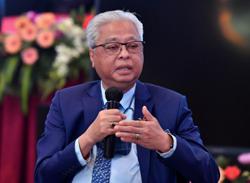