The Solid Waste Management and Public Cleansing Corporation Sdn Bhd (SWCorp) will deploy personnel and assets from Melaka and Negri Sembilan to Johor to help with clean-up work if needed.

SWCorp chairman Dr Daroyah Alwi said SWCorp Johor had already conducted 28 clean-up operations between Jan 3 and 8 after the first round of floods which affected seven districts in the state.

“We have postponed the programme for a while to make sure the condition is right for us to conduct such work.

“We fear that there may be a second wave of heavy rain coming so we need to carefully plan our clean-up activities.

“A total of 600 packs of daily necessities have also been allocated to be distributed to the affected districts in Johor, namely Yong Peng (Batu Pahat), Segamat, Johor Baru, Iskandar Puteri, Kluang, Kulai and Mersing, ” she said.

Dr Daroyah was met by reporters after aid was handed over to flood victims at Kampung Sri Jaya, Tampoi in Johor Baru.

She said aid would be distributed by Johor Penggerak Komuniti Negara with help from the Nation of Women and Pemuda Negara non-governmental organisations.

“Housing and Local Government Minister Zuraida Kamaruddin has also agreed to distribute flood aid in the form of basic needs such as mattresses and stoves aside from other necessities, ” she added.

“The clean-up work involved 110 workers and 23 roll-on, roll-off (RoRo) bins that have been placed at the affected districts.

“So far, the work has been going smoothly and we expect to continue with another clean-up programme if there is a second round of floods, ” he said.

SWCorp Johor director Cairul Hisham Jalaluddin said all flood-related waste data would be collected before being sent to the landfill.

“The waste data is collected so that we can estimate or prepare for the volume of waste during the next monsoon season, ” he said, adding that the rubbish was collected from RoRo bins in affected districts. 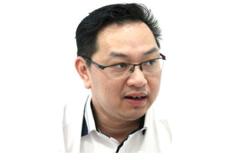