Focused on tasks ahead

PROVIDING facilities in public places for the elderly will be among the top priorities for Tan Bee Hong as a Seberang Prai City councillor.

The 44-year-old accounting manager said the needs of senior citizens, who form a growing population in the state, must be acknowledged and looked into.

“By 2030, it is estimated that 15% of the population in Penang will comprise the elderly, ” said Tan.

“We need more excellent infrastructure in public areas to cater to them.

“This includes providing public transport facilities like wheelchair paths on sidewalks, ” she said.

Tan, who is starting her first term as councillor, was among 24 people sworn in and appointed for the 2021 term.

The swearing-in ceremony was held at the Seberang Prai City Council (MBSP) headquarters in Bukit Mertajam in Penang, on Friday.

Another new face in the lineup is David Ng Yee Siang, 35.

He aims to facilitate development on the Penang mainland in sectors that were badly affected by the Covid-19 pandemic. 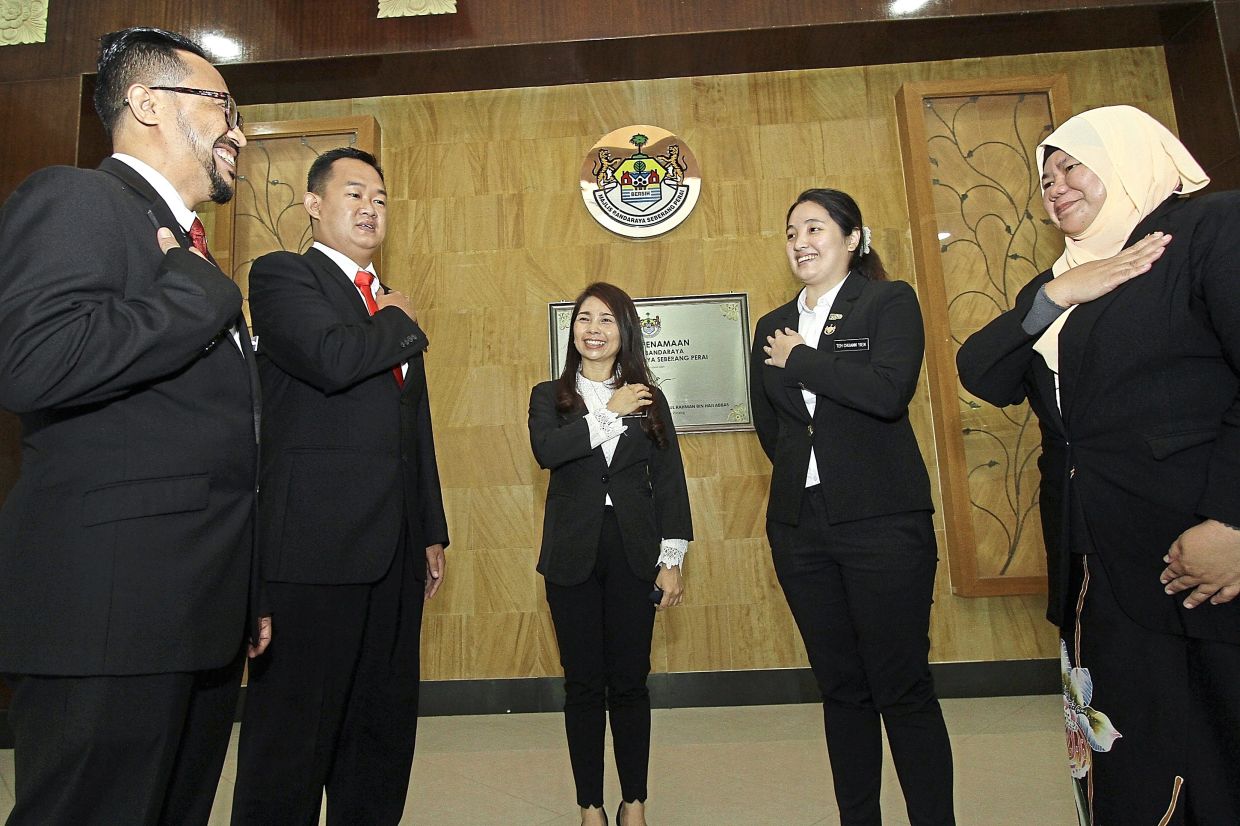 (From left) First-time councillors Harryzan, Ng, Tan, Teh and Norly Masitah having a light moment after the swearing-in ceremony at the MBSP headquarters in Bukit Mertajam, Penang.

“The pandemic has stifled development, especially in the housing and industrial sectors here.

“I hope to get necessary feedback and collaborate with other council staff to revive these sectors, ” he said.

Fellow newbie Norly Masitah Mohamed Noor, 48, a businesswoman, said she hoped to channel her experience into assisting low-income earners affected by the pandemic.

“I wish to look into their well-being as many traders are seeking help to recover economically.

“MBSP has issued many additional licences to trade but there are still some traders who are facing difficulties in getting themselves legalised.

“I’ll look into their plight and assist them, ” said Norly Masitah.

Two other councillors making their debut are 30-year-old Rachel Teh Chuann Yien and Harryzan Yaakub, 50.

The five were among 24 councillors sworn in before Chief Minister Chow Kon Yeow and MBSP mayor Datuk Rozali Mohamud.

Ten of the councillors are from DAP, nine from PKR, two from Amanah and three from NGOs.

Rozali said the councillors were appointed under Section 10 (1) of the Local Government Act 1976.

“I congratulate the councillors on their appointment.

“Together, let us build a dynamic team that is proactive, innovative and displays good working culture, ” he said.