THE fifth annual ceremony of the StarProperty Awards 2020: Real Estate Developers was conducted in cyberspace for the first time, recognising the outstanding winners in over 30 categories and sub-categories.

Held virtually due to the recent spike in the Covid-19 cases, the star-studded gala was streamed live on Dec 29 and can still be viewed online at https://youtu.be/dljo4mAM8-U

“We are proud to honour your works through the categories in this year’s StarProperty Awards, ” said Star Media Group chairman Datuk Fu Ah Kiow.

“Your presence here today goes to show that despite these rather uncertain times, life goes on. And we must continue to move forward and not halt any effort to make progress.

“We also commend your efforts in being attentive to market demands as you incorporate sustainable practices within your organisations and maintain excellence in development, design and quality. You continue to elevate industry standards, ” he added.

The awards pay homage to the premier real estate developers and the developments that form the fabric of the nation’s infrastructure, shaping the landscape for years to come, said StarProperty general manager Jason Yap.

“The refined categories cater to a broader niche of developments that bring unique qualities to the table without diluting the exclusivity of the awards, ” he said. 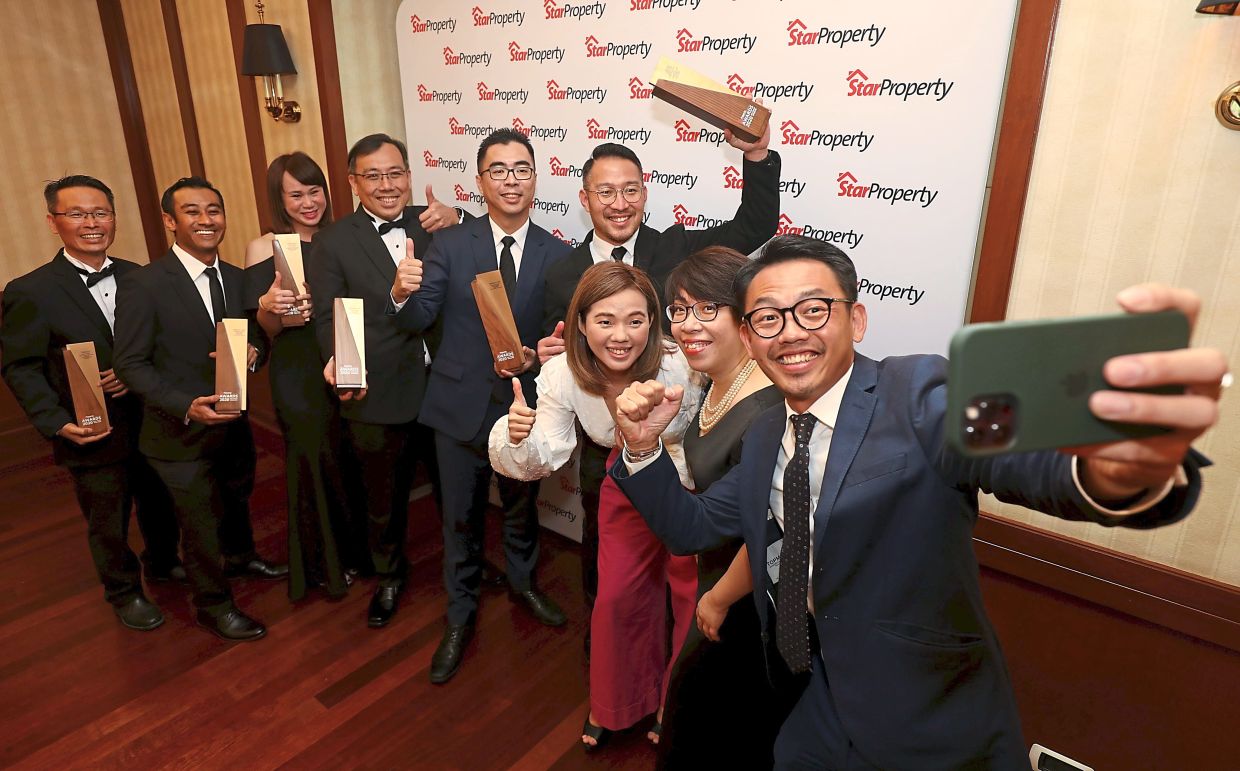 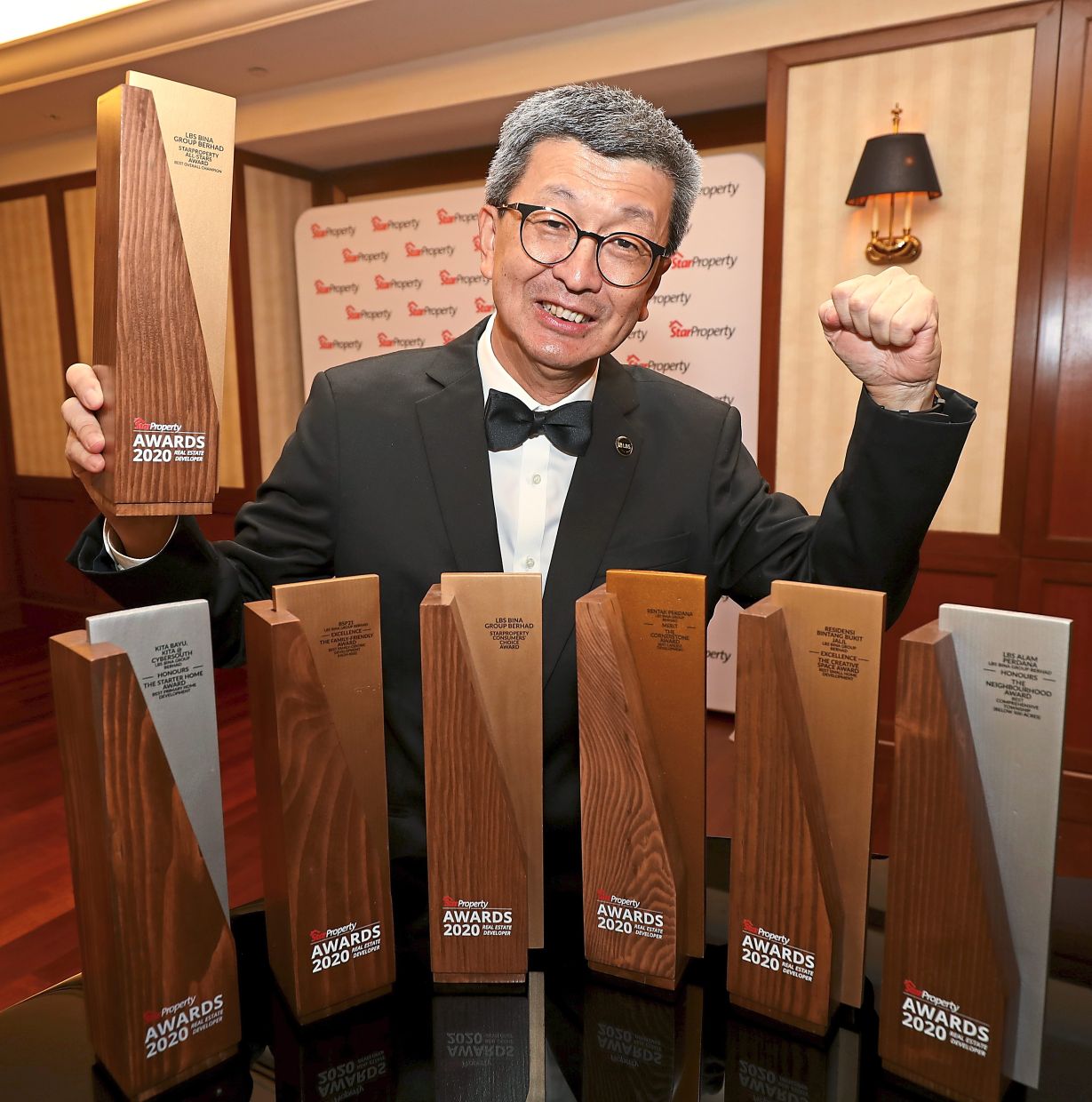 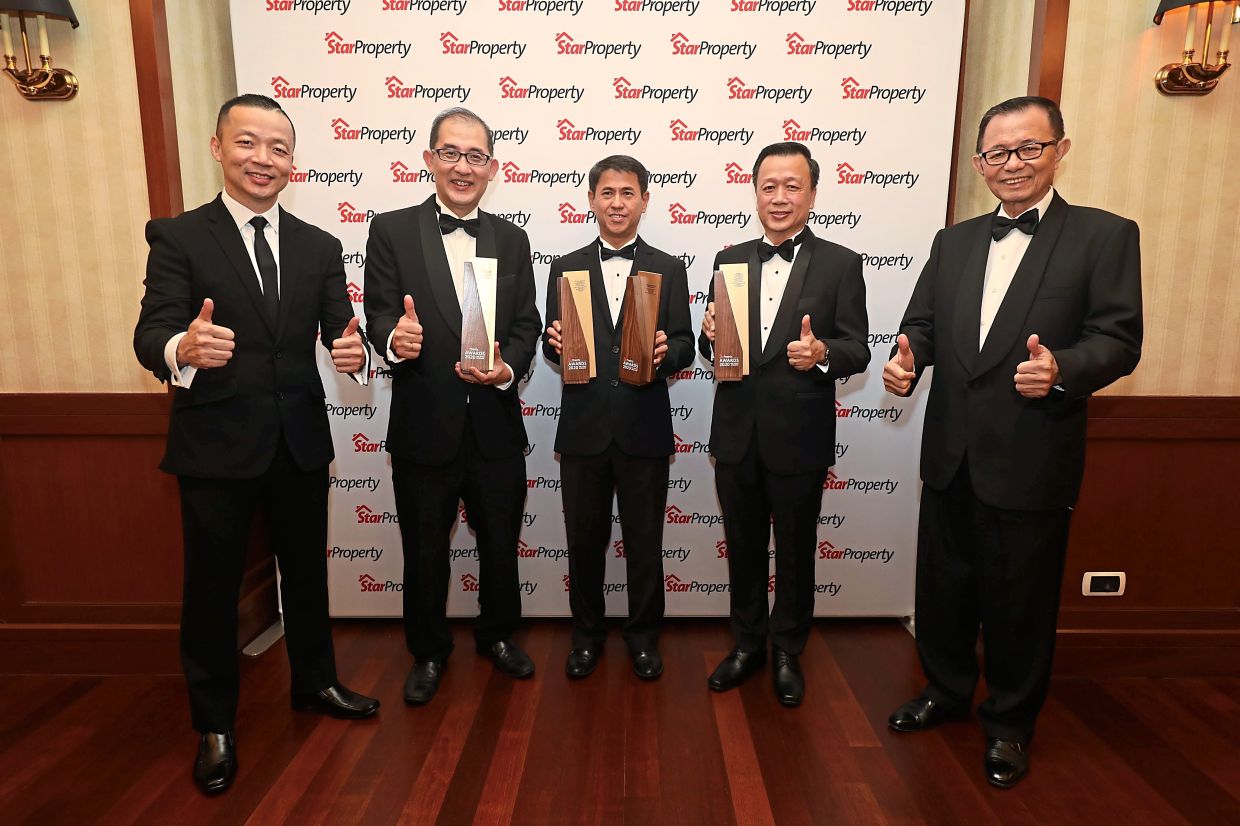 Celebrating their big win are OSK property development chief operating officer Seth Lim Sow Wu (fourth from left) and his team as they hold up their seven trophies. With them are Fu (right) and Yap (left).

Cheering on are UEM Sunrise central chief operations officer Liong Kok Kit (centre) and his team after winning their trophies.