Selangor government has been taken to task over its inability to resolve the water woes plaguing the state.

Selangor MCA state liaison committee chairman Datuk Ng Chok Sin said despite spending millions on the issue, the state government and the state’s water authorities did not have any mechanism to avert, much less, handle a water crisis.

He said the latest water supply disruption on Sunday, following the shutdown of the Sungai Selisek water treatment plant which affected eight areas, was a case in point.

“It has been raining cats and dogs in

Air Selangor said the treatment plant was shut down due to Sungai Selisek waters rising to a critical level due to continuous rain.

“In the past, when there was a prolonged dry spell resulting in water levels at reservoirs dropping, Selangor government enforced water rationing.

“Now with the monsoon season, water supply has also been disconnected without prior notification, ” he said.

He pointed out that the repeated incidents of river pollution in Selangor by illegal factories — leading to the shutdown of water treatment plants — and the many cases of burst pipes inconvenienced residents and disrupted commercial sector operations, in particular small businesses.

He said the state government must clarify how the RM200mil allocation in Selangor’s 2021 Budget intended to address water woes and how the money would be used to repair or upgrade old pipes.

He also questioned the effectiveness of spending RM2mil to purchase four drones to monitor suspicious activities along rivers and to take water samples.

“All measures having failed, it is time to remove the incumbent Selangor government which has failed to counter the perennial water woes despite millions of ringgit spent, ” he said. 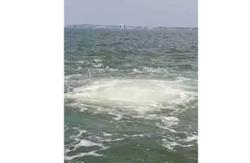