The paired road project at Jalan Bukit Kukus in Paya Terubong, Penang, is expected to be completed in June next year. — Photos: ZHAFARAN NASIB/The Star

A NEW access road to several farms in Bukit Kukus, Paya Terubong, will be built once the construction of the RM545.6mil Jalan Bukit Kukus elevated paired road is completed by middle of next year.

“We closed the roads for safety reasons when construction for the highway began.

“There are alternative routes from the back of the hill and they are connected to the farms.

“Once the elevated highway is completed, we will create an additional access below it that leads to the farms, ” he said on Thursday.

Rajendran was responding to media reports that several farmers had difficulty accessing their farms since construction for the paired road project began in 2016. 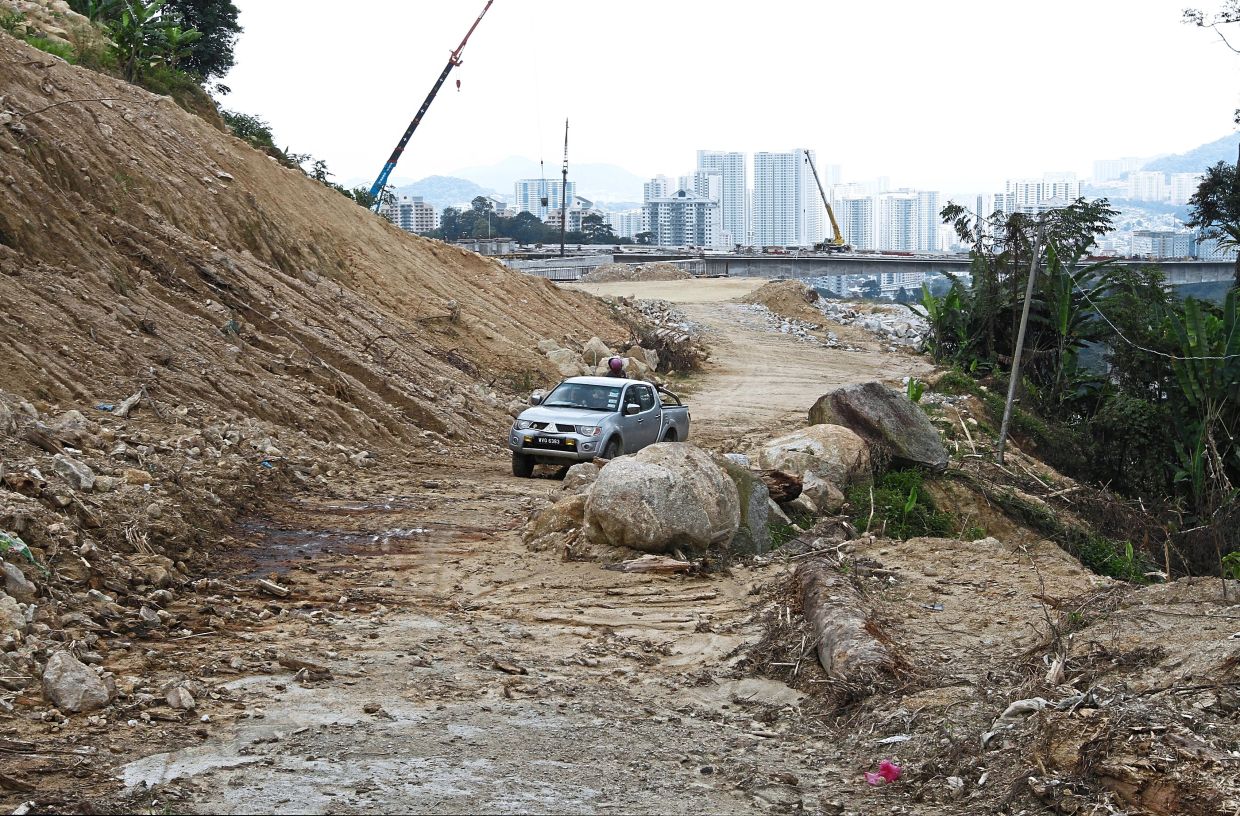 A farmer on a bike having a trying time reaching his farm after the access road was cut off. — Pic courtesy of a resident.

In the reports, six farmers had claimed that motorcycles could still go in when the project first began before access got cut off completely recently.

The report also said a shrine was demolished during the construction process.

Rajendran said the council would meet the affected farmers soon to discuss a short-term solution.

When contacted, Paya Terubong assemblyman Yeoh Soon Hin, from whom the farmers had sought help before, said he had been liaising with MBPP and the contractor to reach an amicable solution as the matter required technical expertise. A motorist using a dirt path to reach the Bukit Kukus hills due to the ongoing construction works.

The works include the junction improvement of Lebuhraya Thean Tek, widening of the existing Jalan Bukit Kukus, construction of new roads and an elevated road from Jalan Paya Terubong to Jalan Tun Sardon and an intersection of a new paired road to Lebuh Bukit Jambul with a dedicated right-turn ramp.

The controversial paired road project had its fair share of mishaps since it began in 2018.

In October 2018,14 beams meant to be a platform for a section of the highway fell, leading to Department of Safety and Health issuing a stop-work order.

The main contractor for the project, Syarikat Yuta Majun Sdn Bhd, was fined RM35,000 in February this year for failing to provide a safe work procedure. 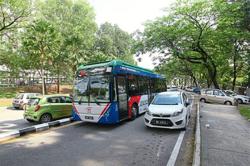