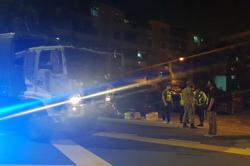 Residents at the apartment blocks along Jalan 7/40 and Jalan 8/40 are blaming poor maintenance of common areas for the area’s unfavourable image.

THE leakage problem at Yap Keow Hong’s apartment block in Taman Pusat Kepong, Kuala Lumpur, is so bad that the staircases are often slippery.

On one occasion, her husband nearly tumbled down the stairs.

At the entrance of her apartment block, there is a rubber hose snaking from the ceiling all the way down the staircase banister.

“This is to drain water that leaks from pipes in the ceiling so that the water can be expelled to the street and not left to pool at staircases.

“One of our residents did this as a quick fix. We told the management office about this but nothing has been done, ” said Yap.

The leaks have been going on for some time now, judging from the damp and mould on the walls.

Yap’s neighbour Tan Mei Yin suspects this is why she is unable to close her front door due to warping in the wood.

She is also worried that the electrical wiring has been affected as her fuse box tripped several times without reason this year. The leakage at Yap’s apartment has caused damp and mould on the walls.

“Maintenance here has deteriorated over the past five years said Yap and Tan.

They live in Block F, one of the six blocks comprising 68 shoplots and 394 residential apartments spread over six buildings in Jalan 7/40 and Jalan 8/40.

In addition to the leaking problem, residents say a basement carpark at another block has become a drug addicts’ corner.

“The place is dimly lit. There is no security guard. Imagine coming home at night and parking your car in a place like this. My son’s car was broken into twice, ” said Yap.

Due to the bad service, residents are threatening not to pay maintenance fees and contribute to the sinking fund.

They are also demanding to see the accounts and for a joint management committee (JMB) to be formed.

“We have no idea what the management of this place is doing with the money. We have not seen any financial statements, ” said resident Chin Soo Ming.

Kepong Community Centre head Yee Poh Ping, who accompanied disgruntled residents to the management office in an attempt to settle the matter, was told residents should fill up a complaint form which would be sent to their headquarters for further consideration. Yee (right), who helped highlight the residents’ plight, showing the broken boom barrier at the entrance of the basement carpark.

In a circular to the residents on Oct 15, it announced that they could no longer afford security services due to poor collection.

Maintenance fees between RM240 and RM260 are billed to residents every three months.

Wong said some of the defaulters had overdue payments dating 10 years back and stressed that the leaks in Block F had been brought to the attention of the maintenance supervisor.

“If the owners do not pay their maintenance fees, we will not be able to carry out maintenance or, pay for security, ” said Wong.

In answer to residents’ demand for a JMB, Wong said he was told by the developer that none of the residents responded when they called for a meeting.

Admitting that he was at his wits’ end, Wong said it would be good if the residents could form a JMB and then hand the management of building services to the Kuala Lumpur City Hall Commissioner of Building (COB) as the developer had gone into receivership.

“Our contract with the developer has ended.

“We are now in a dilemma as we ourselves are unable to renew, hand over or settle our outstanding contract fees with the developer.

“Handing the management services of this property to the COB is the final choice, ” said Wong. 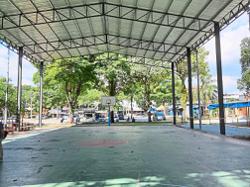