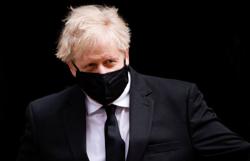 KUCHING: The Padawan Municipal Council (MPP) has proposed urban renewal initiatives for three areas in its jurisdiction under the 12th Malaysia Plan, which starts next year.

“The urban renewal initiatives are important as they will rejuvenate these bazaars and their surrounding townships, making them more vibrant and economically sustainable with multiple catalytic effects.

“The vibrancy of a market reflects the healthy growth and prosperity of a town, ” he said at the council’s 24th anniversary celebration at Kota Padawan here yesterday, launched by Sarawak Chief Minister Datuk Patinggi Abang Johari Tun Openg.

For Kota Sentosa, he said it would involve a proposed new market with multi-storey car park, upgrading the streetscape and traffic circulation and reinstating a night market, at a cost of RM44mil.

The Kota Padawan project, costing about RM25mil, will include a proposed MPP square and boulevard, market and recreational park, as well as improving the MPP pitcher plant and ethnobotany garden.

Lo also said MPP required a bigger building as its present office was too small to accommodate its staff and assets.

He said the council’s proposed new building would be based on the concept of an office in a park to reflect Padawan’s natural surroundings.

“In line with the state government’s efforts to make Kuching a smart city, the new proposed office will be a smart and environmentally friendly building equipped with the latest technology to track and monitor services provided by the council, ” he said.