Cruyff Court in Brickfields was opened in September 2013.

EX-FOOTBALLERS, coaches and referees have thrown their support behind the Brickfields community’s call to Kuala Lumpur City Hall (DBKL) and Khazanah Nasional to reopen Cruyff Court Kuala Lumpur (CCKL) in the township.

Cruyff Court was opened in Brickfields in September 2013 to provide space for the public — including students, football associations and non-governmental organisations — to use for free. It was a popular venue for sporting activities.

On March 31,2017, however, the site was closed to make way for a redevelopment project.

The former central midfielder said the few that remained were not maintained properly and those that were replaced in exchange for development were not built according to specifications.

“Having a Cruyff Court in neighbourhoods is an excellent idea and I support the call to reopen the one in Brickfields, ” he said.

Mohd Ivan, who was a professional footballer and currently an assistant coach with KLFA, said due to the lack of playing fields in the city, junior teams (Under 21) and youth teams (Under 19) had no proper place to train as priority was given to professional players.

“This affects their mental and physical capacity to play football, ” he added.

“My love for the game grew while playing in small fields in neighbourhoods like Cheras and Bandar Tun Razak, ” recalled Mohd Ivan. 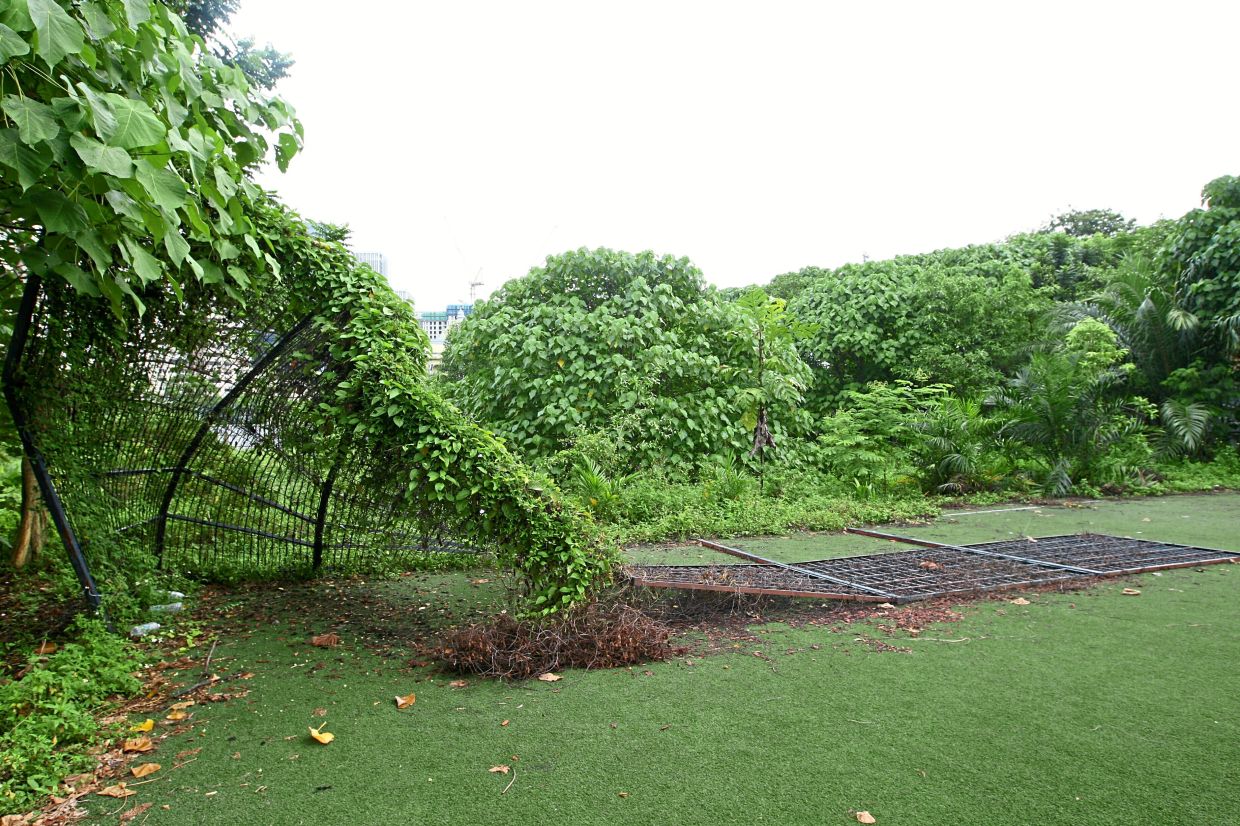 The site is now in a state of disrepair with broken fencing and undergrowth.

“Growing up, I saw many such fields sacrificed in the name of development.

“The last field to go was near my house in Bandar Tun Razak, ” he said, adding that with limited fields, the community was bereft of space to play the game and hone their skills.

Former FIFA referee and former head of Football Association of Malaysia (FAM) referees board Datuk George Joseph is of the same opinion.

“Reopen Cruyff Court and other fields and let the children play, like before, ” he said.

Joseph, 83, who was a FIFA referee between 1978 and 1988, urged Kuala Lumpur mayor Datuk Mahadi Che Ngah to reopen Cruyff Court to the youngsters.

“I have seen so many fields taken away for development. There is tremendous shortage of fields in Kuala Lumpur.

“Due to the lack of facilities to train and play football, the standard of the game has gone down.

“As such, I fully support Brickfields Cruyff Court to be reopened, ” he said.

FAM executive council member Christopher Raj said Cruyff Court should be reopened as it also served as a venue for corporate social responsibility projects for the B40 community.

It was the main platform for disabled football athletes to train. 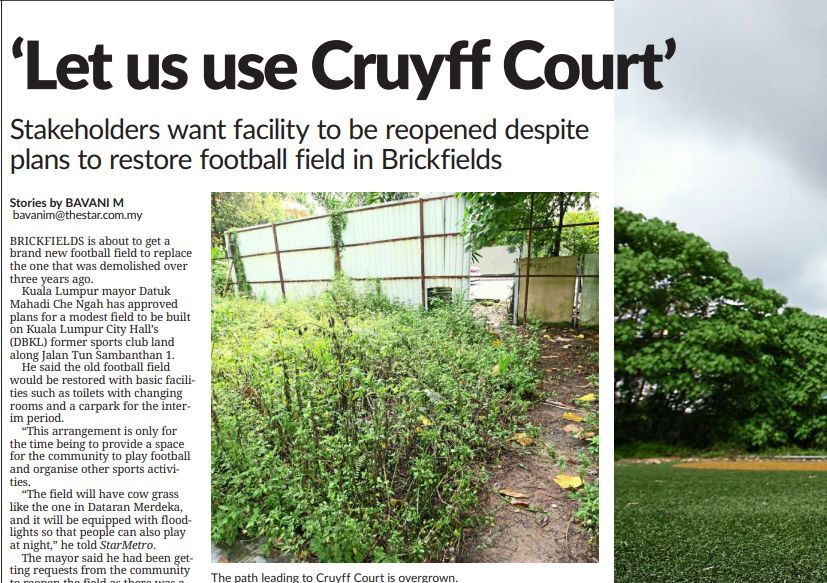 “Have detailed discussions with DBKL and Khazanah to get the court reopened.

“FAM is fully supportive of all grassroot programmes carried out independently by private entities and clubs registered with the association, ” he said, adding that leaving a field under the Johan Cruyff Foundation in a state of disrepair was embarrassing.

In an immediate response to a report in StarMetro on Dec 7 which said that residents hoped to be allowed to use the court again, Hasanah Foundation programme coordination head Intan Zalila Mohd Yusof said the foundation would be happy to reopen Cruyff Court as soon as possible.

“To date, we are still awaiting further instructions from DBKL as CCKL was closed until further notice by DBKL, ” she said.

A DBKL spokesperson said it was willing to engage with Hasanah Foundation on the matter, adding that the question of reopening needed further clarification in terms of accountability.

“Besides reopening the court, we must look at who will be maintaining and managing it.

“This requires further discussions and DBKL is receptive to this, ” added the spokesperson.

Cruyff Court is sponsored by Khazanah Nasional Bhd and is a collaboration between Hasanah Foundation and Johan Cruyff Foundation.

The Brickfields Cruyff Court facility was boarded up in March 2017 to stop the public from using it. The field is currently in a dilapidated state.