Off limits A delivery rider stopping at a police barricade to wait for customers to collect their orders near flats in Persiaran Paya Terubong. It is one of two areas in Penang placed under enhanced movement control order after a surge in Covid-19 cases. — ZHAFARAN NASIB

PORRIDGE seller Sow Teik Guan, who operates within the enhanced movement control order (MCO) zone in Paya Terubong, Penang, has been busy running up and down between the police checkpoint and his stall.

Many customers are still ordering food from the 51-year-old but delivery riders are barred from crossing the checkpoint to pick up the orders from Sow.

For every order that he receives, he will have to make the trip from his stall in Sri Aman Food Court to the checkpoint some 300m away to hand over the packed food to the waiting deliverymen.

“It’s exhausting but I still have to make an income. Many regulars continue to order but the deliveryman cannot come in.

“It gets worse during lunch hour and orders pour in. I thank the delivery riders and customers for their patience, ” he said at the checkpoint yesterday.

Sow, who has been selling porridge and noodles for five years, said his business plummeted due to the enhanced MCO.

Parcel deliverymen are also barred from sending stuff directly to recipients. Instead, recipients must make their way to the police checkpoint and collect them.

Deliveryman Muhammad Azmir Mohd Salim waited over an hour to deliver over 20 parcels to several addresses within the area.

“This is the first time I’m waiting so long. All the parcels in my motorcycle are to be delivered to this area.

“I have to call up every customer and request them to come out, ” he said.

Rice stall operator Sani Osman, 51, who sells in Taman Alor Vista, managed to collect fresh vegetables from a supplier but was told it would be the last delivery until the enhanced MCO is over.

“I’ve been receiving my raw ingredients from the same supplier for eight years.

“But today, he told me this will be the last supply until they are released again because it was difficult to bring the goods to the checkpoint.

“I’ll have to look for other suppliers who will charge me higher prices, ” he said.

It is understood that six entrances into the area have been sealed and all entries and exits are now funnelled to only one entrance, where security is strict.

Many residents pleaded with policemen to be allowed to go out and withdraw money but their requests were all denied.

Inside, long queues could be seen of residents taking turns to be screened for Covid-19.

It was earlier reported that the flats in Jalan Paya Terubong and Desa Bistari Apartments in Batu Uban would be placed under enhanced MCO until Dec 20.

Jalan Paya Terubong covers an area of 2.4sq km, involving 10,000 residents in 13 apartments and condominium blocks with 2,730 units, while Desa Bistari Apartments cover an area of 800 sq m with around 2,000 residents. 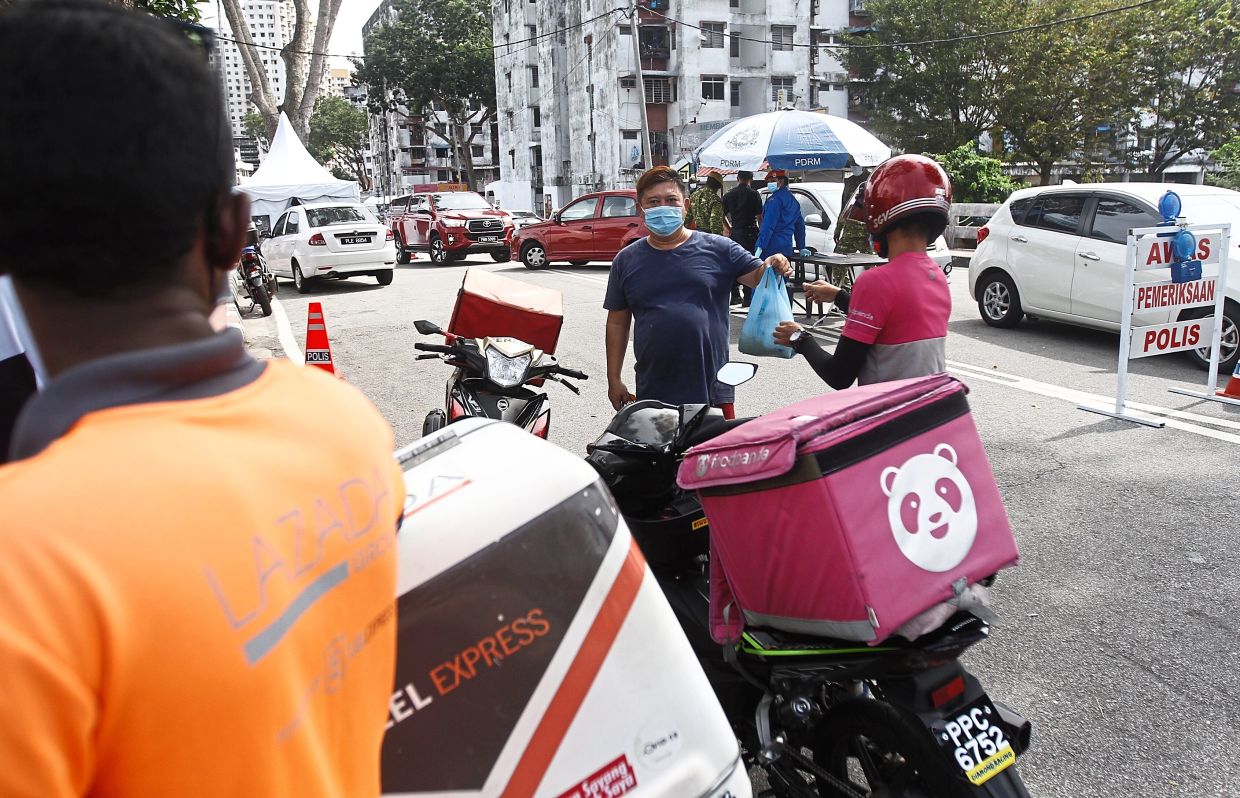 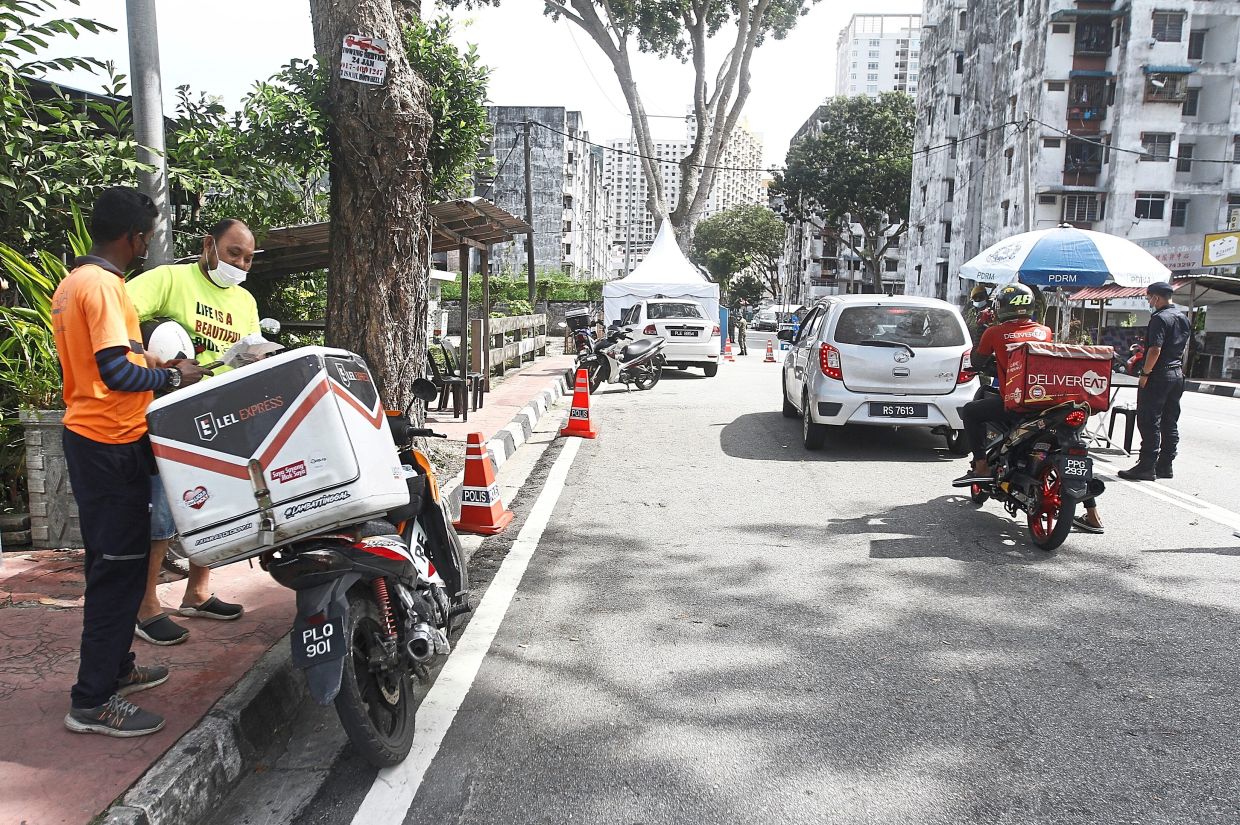 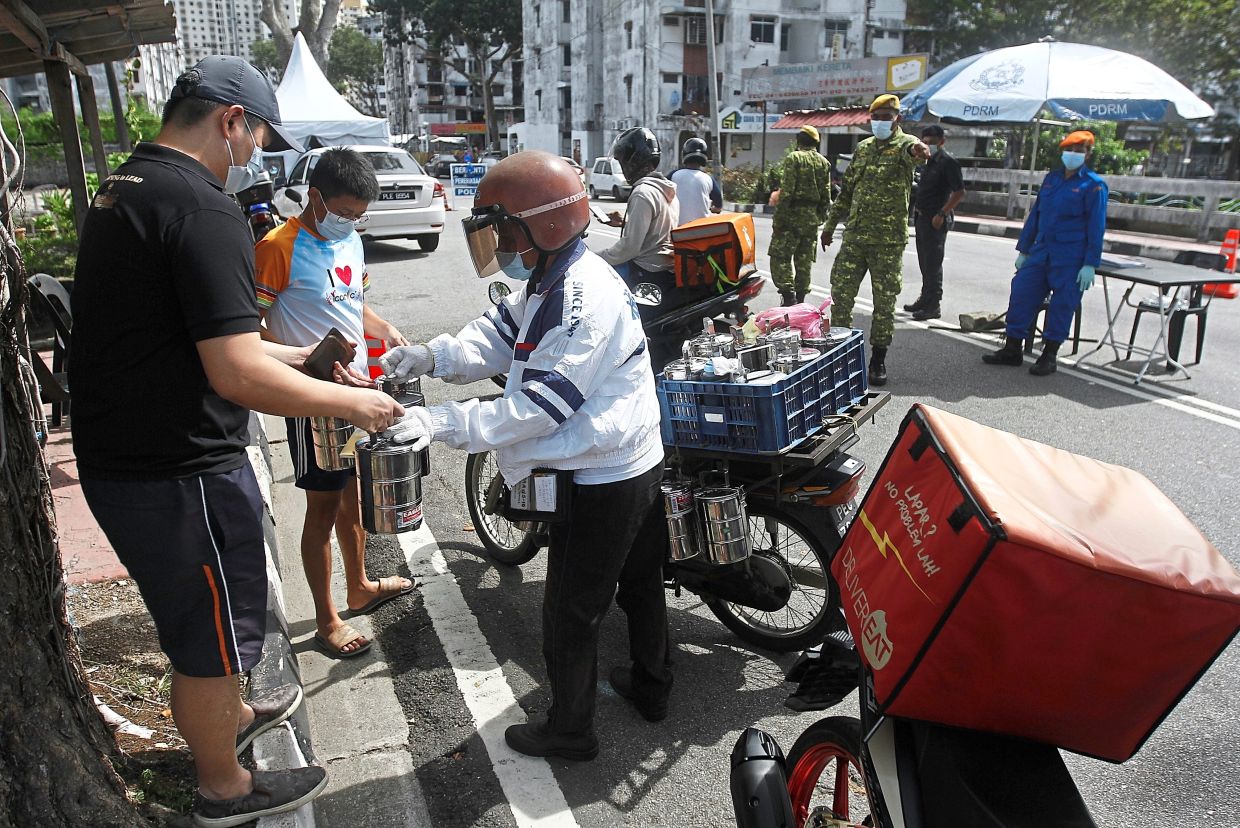 (BRIEF CAPTION) Delivery rider have to stop and waiting customers to collect their item at roadblock near flats in Persiaran Paya Terubong on the second day of the enhanced move, ent control oder (MCO) in Relau, Penang. (December 8,2020). - ZHAFARAN NASIB/The Star

(BRIEF CAPTION) Delivery rider have to stop and waiting customers to collect their item at roadblock near flats in Persiaran Paya Terubong on the second day of the enhanced move, ent control oder (MCO) in Relau, Penang. (December 8,2020). - ZHAFARAN NASIB/The Star

A motorcyclist being barred from entering the Sri Aman Food Court in Paya Terubong which has been barricaded by the police.

(Right) Customers picking up their orders from delivery riders at a police roadblock set up near flats in Persiaran Paya Terubong that have been placed under enhanced MCO surveillance.