State Jakoa director Faisal Long said the projects would take off with a RM300,000 allocation under Johor Budget 2021 for the Orang Asli economic development and entrepreneurship programme.

He said the three projects were mussels farming, cattle breeding and the setting up of permanent stalls selling fish and seafood.

“Our long-term objective is to teach the community to become economically independent, ’’ said Faisal.

He said RM100,000 would be utilised to erect the concrete stalls for traders in Kampung Kuala Masai and Kampung Bakar Batu Perling, both in Johor Baru.

Faisal said 10 Orang Asli villagers from each village would be roped in to sell fish and seafood to villagers and outsiders to supplement their income.

“Another RM100,000 will be used for mussels farming in Kampung Sri Pantai, Senggarang in Batu Pahat involving 10 Orang Asli villagers.’’

He added that the remaining RM100,000 would be allocated for cattle breeding projects in Kampung Putih and Kampung Segamat Kecil, both in Segamat, where each of the villages would receive RM50,000.

Faisal hoped the state government would speed up disbursement of the RM300,000 allocation as Jakoa planned to start the projects early next year.

On another matter, he said the department was compiling data on the number of Orang Asli villages likely to be hit by floods during the monsoon season.

“Based on our past records, the villages were impassable during major floods and villagers faced problems getting food supplies, ’’ he noted.

He said the villages included two in Segamat district and three each in Kluang and Mersing, adding that Jakoa would brief the tok batin (village heads) on measures to take if their villages were hit by floods.

Kluang district has the highest number of Orang Asli villages in Johor with 12, followed by Mersing and Segamat with nine villages each.

Johor Baru and Pasir Gudang have eight villages each, Batu Pahat has seven, besides five each in Kota Tinggi and Muar while three are in Tangkak and two in Pontian.

In the national Budget 2021, RM150mil was allocated for the Orang Asli community, to fund social assistance programmes including opening 14 kindergartens. 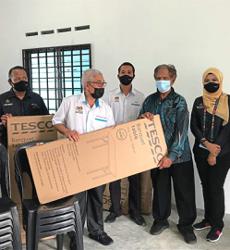 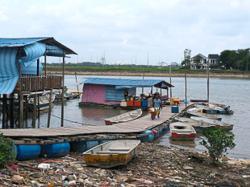