The forum hosted by Sheahnee (top left), featured a panel of experts who spoke about several factors that could cultivate grit in the younger generation.

WHAT’S the defining factor that drives a child’s future success?

According to the recently released Milo Grit Advantage Report, 80% of educators and employers point to “grit” as the main component.

However, grit was severely lacking among the young generation today, said the report which pointed to their attitude of giving up easily when faced with setbacks or failures.

Grit, according to psychologist Angela Duckworth, is the ability to stick with and pursue a goal over a long period, which is a better indicator of success than IQ or talent.

It encompasses eight quality traits that are commonly associated with the never-give-up mindset, as well as the spirit and attitude of champions –- courage, determination, resilience, tenacity, passion, persistence, endurance and excellence.

Based on the report, a recent forum was held where education and employment experts discussed the critical factors that built the

grit quotient in our future generation.

Dr Habibah spoke on the importance of balancing academics with co-curricular activities to achieve future success, as did every three out of four educators in the Milo Grit Advantage Report.

“Not everything can be learned in the classroom.

“As such, we at the Education Ministry recognise that academic excellence is not the be-all and end-all metric for success.

“The best way for students to learn and develop grit is to learn it anywhere, in the classroom or through sports.

“For instance, we teach students discipline, how to respect others and teamwork. Those are not confined to the classroom.

“Among the things that are important to cultivate grit is self-attitude; what motivates them to master tasks and learn to achieve certain positive goals.

“Secondly, their attitude and their relationship with peers.

“Thirdly, their school environment, the support and enthusiasm of teachers and the disciplinary climate within the school.

“I think grit begins at home with the parents. Then the school will strengthen it, and it needs to be translated in the community as well.

“This will be a strong structure for grit to be cultivated, ” she said.

Dr Habibah made a case for sports as a prime example of how grit could be learned outside the classroom.

“Parents should introduce sports to their child at an early stage, not only for the physical benefits but also for the values of grit that their child could learn and appreciate from sports, ” she added.

The panellists shared the view that sport was a great teacher of grit and agreed that qualities that could be nurtured by taking part in sport, such as drive, determination, hard work and discipline, were the building blocks of grit and were well-embodied in the never-give-up spirit, attitude and mindset of champions.

As the achievement gained through sport was never immediate and was the result of years of training, perseverance and effort, the panellists agreed that sport complemented academics best and was a must-have to support a child’s early development.

It was also highlighted that in the job market, well-rounded talents were preferred over those with just good grades.

With 85% of jobs that will be essential by 2030 not yet in existence, it is all the more reason students and future jobseekers need to develop the grit it takes to thrive and succeed.

The ability to learn and bounce back from one’s mistakes, which according to the panellists is a critical component of grit, is severely lacking among young professionals today.

Thus, strong character traits are just as crucial as talent and skills in driving professional success in the future.

To find out more about the Milo Grit Advantage Report and how sport builds grit, visit www.milo.com.my/get-active/kecekalan-tangga-kejayaan 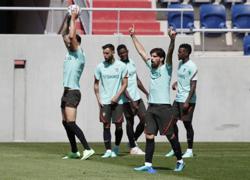