Call to lift burden for firms

SOCIAL Security Organisation (Socso) has been urged to bear the cost of Covid-19 tests for foreign workers.

Penang local government committee chairman Jagdeep Singh Deo said it would be a burden for businesses to fund the tests as they were already affected by the Covid-19 pandemic.

“Socso declined to absorb the costs since the construction industry was deemed high risk then.

“When you close a business or company for the screening, it suffers financially.

“This time, the screening is across the board and all industries are involved.

“It was announced that the cost would be subsidised but it is not enough.

“I have suggested that Socso bear the whole cost as there are 135,490 foreign workers in Penang.

“Even if we use a conservative price of RM100 per test kit, we are talking more than RM13mil in costs, ” he said.

Previously, the Human Resources Ministry announced that Socso would subsidise up to RM60 for each test and only once for each worker. 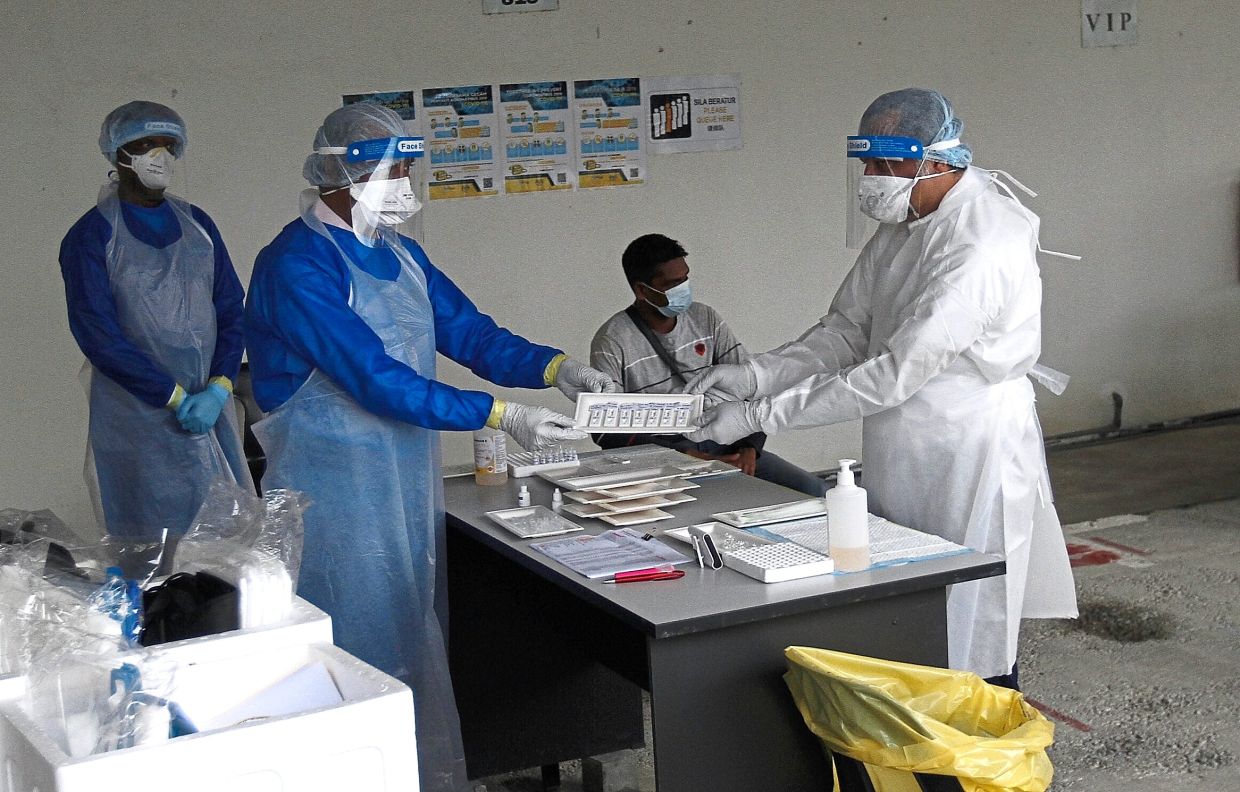 Covid-19 screening being carried out at the site.

The Labour Department of peninsular Malaysia and Socso were entrusted with screening 888,342 foreign workers in Selangor, Labuan, Kuala Lumpur, Penang and Negri Sembilan.

On a related matter, Jagdeep said 6,238 foreign workers from various sectors in Penang have undergone Covid-19 screening since the mandatory ruling came into force on Dec 1.

It was reported that from Dec 1, all foreign workers nationwide were required to undergo mandatory Covid-19 screening, with their respective employers bearing the cost of the procedures.

Jagdeep also raised the issue of foreign workers’ dormitories, where he appealed for employers having foreign workers living in housing schemes to be given a one-year moratorium.

The Workers’ Minimum Standards of Housing and Amenities Act 1990 (Act 446) seeks to put in place improved accommodation for foreign workers.

A hefty RM50,000 fine will be imposed on employers for every foreign worker found staying in overcrowded units.

“The one-year moratorium is a temporary measure to provide shelter to the workers due to the Covid-19 pandemic.

“The state had planned before the pandemic to have workers’ dormitories for foreign workers.

“We have approved six dormitories and two have been built in Batu Maung and Bukit Minyak.

“Even if all six dormitories are built, they are not enough to properly house all the registered foreign workers in Penang.

“The state would need at least 20 workers’ dormitories to house all the foreign workers here.