A screen grab from the viral video showing the man (foreground) confronting the Rela personnel who are conducting an inspection at his restaurant in Sungai Bakap. The man later said the matter had been settled amicably.

He said although the agency is authorised to conduct enforcement checks, there may be a lack of knowledge and skill in handling unforeseeable situations.

“Rela is one of 13 agencies authorised by National Security Council to do enforcement on Covid-19.

“They can do it but they may not have enough knowledge and skill.

“They should join the police, not be on their own, ” said Supt Lee yesterday.

He was responding to a viral video of several Rela personnel who were berated by a restaurant owner when they turned up to check the place in Sungai Bakap on Sunday.

In the video, a man in his 40s is seen loudly accusing the Rela personnel of misusing their powers and conducting checks on their own.

“You cannot conduct such operations. If I’m wrong then issue me a compound.

“Do not misuse your powers, ” he was heard saying to the personnel at his restaurant.

Later when contacted, the man who declined to be named, said the matter had been settled amicably.

“With the conditional movement control order, we are only serving four to five tables each night.

“All our work is just to cover the cost of operations. No way would we want to risk violating any rules.

“I hope police will accompany the other agencies during the inspections to prevent future misunderstandings, ” he said.

Supt Lee said no police reports were lodged over the matter. 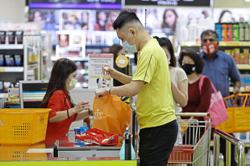