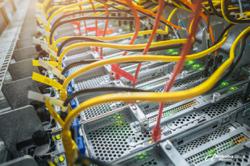 ALIBABA Cloud, the digital technology and intelligence backbone of Alibaba Group, revealed the cutting-edge technologies rolled out in support of this year’s 11.11 Global Shopping Festival.

This year’s 11.11, which generated RMB498.2bil (RM308bil) in gross merchandise value over an 11-day period, was made possible by Alibaba Cloud infrastructure upgrades.

“From the robust digital infrastructure supporting zero downtime operation, to cloud-native offerings for developers’ efficiencies and consumer-facing applications for creating some of the smoothest engagement experiences, Alibaba’s technologies have once again passed the toughest tests with flying colours.”

MaxCompute, Alibaba’s proprietary data warehousing platform, handled up to 1.7 exabytes (an exabyte is equal to 1bil gigabytes) of data a day during the 11-day festival from Nov 1 to 11.

PolarDB set a new record with 140 million queries per second during peak time at 11.11, a 60% increase from last year.

Below are more highlights from this year’s technologies and innovations:

Livestreaming took centre stage at this year’s 11.11, which saw tens of thousands of livestreams broadcast on Taobao Live.

Virtual tours with 3D visuals was available on Taobao to sell big-ticket items such as houses and furniture. Underpinned by machine learning technologies, Alibaba offered a 3D modelling design platform for brands, reducing the time for model creation from three hours to 10 seconds. Merchants created over 100,000 showrooms with virtual 3D products that was experienced by 60 million consumers.

Alibaba used state-of-the-art green technologies, including liquid cooling and wind energy, at its five hyperscale data centres to ensure the most environmental-friendly operation during 11.11. 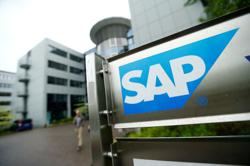