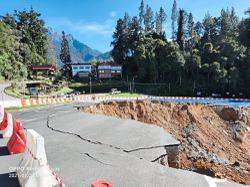 Hamdan (second from left) releasing koi fish into the pond at the Teruntum Mini Zoo during the 1 Citizen, 1 Fish programme. — Bernama

KUANTAN: The use of smart toilets at the Teruntum Mini Zoo here is expected to reduce electricity and water costs as well as save on maintenance costs by 50% when they become operational next year.

Kuantan Municipal Council (MPK) president Datuk Hamdan Hussin said natural ventilation and lighting systems would also be adopted for the toilets while sensor technology would be used to turn on lights and fans.

“In addition, rainwater is harnessed for toilet pumps while sensors will trigger water sprays following usage to help keep the toilets clean.

“This can save on the cost of paying contractors to clean the toilet.

“We also hope this will indirectly educate visitors on savings through green technology, ” he said after officiating the 1 Citizen, 1 Fish programme at the zoo.

Hamdan said the smart toilet was developed by a local contractor at a cost of RM150,000 for six toilets.

He said currently the zoo only had one toilet.

The use of smart toilets at the Teruntum Mini Zoo would be extended to other locations if its implementation achieved the goal, in line with MPK’s mission to make Kuantan a sustainable city with smart city elements.

On the 1 Citizen, 1 Fish programme, Hamdan said as many as 100 koi fish were released into the pond at the zoo as the latest attraction, after various species of freshwater fishes were released there in collaboration with the Pahang Fisheries Department to educate the younger generation about freshwater fish species. – Bernama 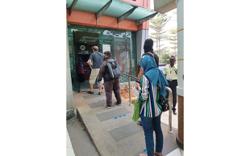