RAISING doubts on the effectiveness of Penang’s waste segregation at source policy which was implemented in 2016, a state lawmaker now wants a ‘report card’ as proof.

Gerakan vice-president Datuk Baljit Singh said the state government should reveal if its efforts in promoting waste segregation at source have been successful.

“We want to know if the zero waste policy took off and yielded success or is a waste of the ratepayers’ money.

“Penangites must be updated on the latest status of the policy as there appeared to be ample publicity and fuss when the state government launched the waste segregation policy in 2016, which was supposedly implemented a year later, ” he said in a statement.

Baljit then questioned if people were fined for failing to separate their waste.

“We were told that failure to separate one’s waste at source would result in them being penalised with a RM250 fine.

“We would like to know how many summonses have been issued to those who have not complied with the directives tied to this policy, ” he said.

Baljit also questioned the placement of recycling bins within the state.

He urged the state government to give a detailed count of the number of recycling bins placed all over the state and the amount of public funds used to buy the bins.

“When the state-level waste segregation at source initiative was launched by then chief minister Lim Guan Eng in 2016, it was reported that some RM2.5mil could be saved through waste separation at source.

“It has been four years. Penangites should be informed if the policy is reducing the cost of waste disposal and developing a recycling industry while creating a clean and green environment.

“It is critical for elected representatives to follow through and be consistent to ensure the success of all public projects.

“The failure to place priority on performance, rather than catchy slogans, will only result in stagnant growth in the state, ” he said.

The waste segregation at source policy has been in effect in Penang since 2017 and requires the separation of solid waste into recyclable waste (paper, plastic, glass and aluminium cans/ iron/ metal) and general waste (dirty waste and food waste) in homes.

It was reported that those who fail to separate their household waste would face fines of RM250 per offence.

Persistent offenders will be taken to court where a fine of up to RM2,000, a year’s jail or both await them. 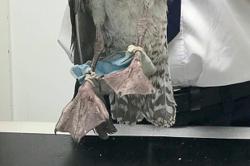