Sepang public toilets cleanest of them all, councillors told

PUBLIC toilets in Sepang are among the cleanest and have won awards. The exemplary toilet on the second floor of MPSepang headquarters.

At the full board meeting conducted online, MPSepang president Datuk Abd Hamid Hussain said the toilet on the second floor of the council’s headquarters won first place in the government office category.

“This is the first time MPSepang took part in the competition.

“KLIA2 submitted its entry for the competition on its own.

“I am also happy to note that Masjid Cyber 10 made it to the finals in the competition, ” said Abd Hamid. Abdul Hamid: I am also happy to note that Masjid Cyber 10 made it to the finals in the competition.

Housing and Local Government Ministry announced the winners via a live session online, in conjunction with the national World Toilet Day 2020 celebration.

World Toilet Day is an initiative by the United Nations to encourage and advocate the spread of awareness on the importance of accessible and clean toilets.

Abd Hamid said the award was in recognition of the council’s efforts in providing bicycle lanes in Bandar Baru Salak Tinggi.

“The award was presented in a live online session by Plan Malaysia, in conjunction with World Town Planning Day on Nov 10.

“MPSepang has also been listed as one of the 10 local authorities in the municipal category for sustainable city measurement programme by MurniNet Malaysia, ” he added. 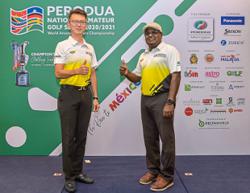