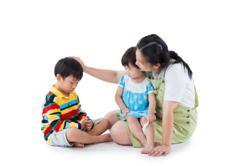 EMOTIONAL support for distressed children and adolescents is lacking at a time when it matters most.

This was because children were not given space for emotional expression, Human Kind Buddy Bear project manager Arman Rashid said.

Buddy Bear is currently the only child-dedicated careline in Malaysia that helps minors deal with challenges faced during the Covid-19 pandemic.

“We recognise that Malaysian children face various stressors that are not necessarily specific to the pandemic (such as bullying) but are aggravated by them.

“This is also because children have to bear the brunt of their own stressors along with that of their parents during this time, ” he said, adding that many parents could be stressed over loss of income or being cooped up at home during the movement control order period.

Investing in the mental health of children is necessary towards building a stable, happy and peaceful future for the nation.

“This is where Buddy Bear comes in to support children, their parents, teachers and society, ” Arman said to StarMetro. 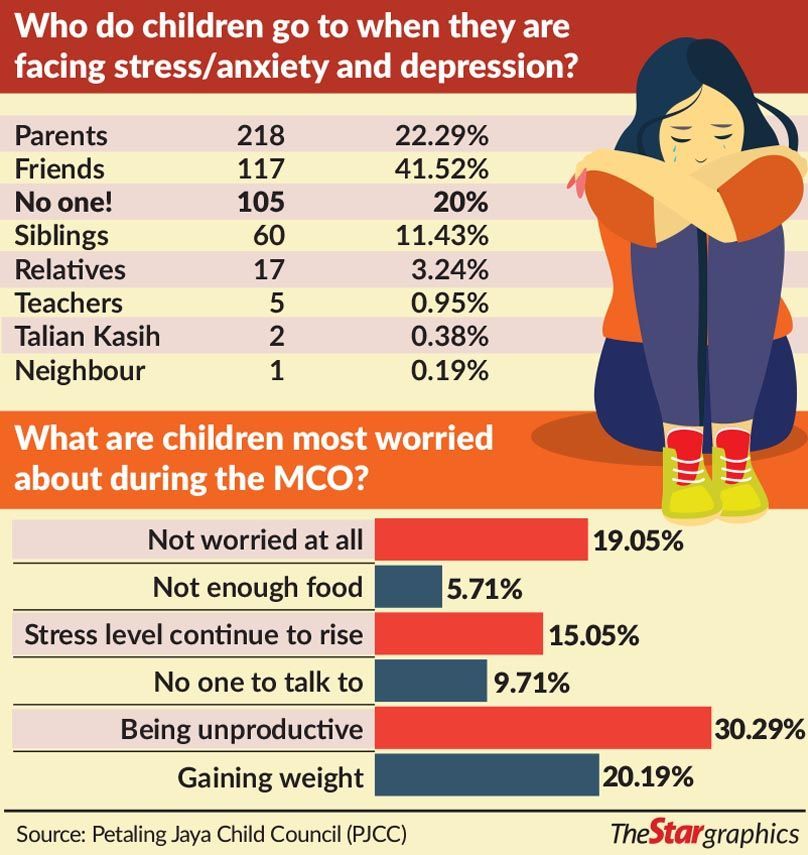 They also share their feelings of being detached from family members, teachers and peers during the MCO.

It is important to connect and communicate with children differently, says Arman.

“The tone, language and approach have to be age-specific with focus on building the relationship, ” he explained.

He said girls tended to slightly outweigh boys in the demographic of callers.

“We don’t know why as we don’t specifically ascertain the racial or socio-economic background of our callers.

“We want to earn their trust and make it accessible for them.

“It’s important to let the children have a safe space (to communicate), ” he reiterated.

He said it would take more effort to connect with children than adults in earning their trust.

“Children are vulnerable and they need to know that they can count on us as counsellors.

“What they tell us is confidential unless there is a risk of harm, ” he added.

Initiated in April, Buddy Bear careline was set up by HumanKind, a social enterprise working with children in collaboration with other non-governmental organisations (NGO) since 2016, focusing on expressive therapeutic care in vulnerable communities.

HumanKind received feedback from community groups that children felt isolated and distressed during the MCO.

Prompted by the situation, HumanKind founder Pam Guneratnam launched the first phase of Buddy Bear as Malaysia’s only child-dedicated helpline to assist children during the crisis.

Over 30 volunteers from HumanKind’s existing projects, that were suspended due to the MCO restrictions, were mobilised to the helpline project.

It is now in the process of recruiting and training volunteers for Phase III and hopes to serve Malaysian children beyond the pandemic.

While its headquarters is in Kuala Lumpur, Buddy Bear volunteers are based around the country. They receive training on communicating with children, showing empathy, providing emotions and practical support.

They are supervised and trained to provide psychological first aid ethically and competently.

“As a preventive approach to mental illness, parents should try to instil the right values and tolerance in their children.

“There is a mental health aspect to political and societal problems in our daily lives.

“More importantly, mental health needs must be met, ” said Pam.According to the National Health and Morbidity Survey (NHMS) in 2015, about 29.2% of 4.2 million Malaysians aged 16 and above suffered from various mental health conditions while a survey by NHMS in 2017 revealed that one out of five adolescents felt depressed; two out of five were anxious; 11.2% had suicidal thoughts and 10.1% had attempted suicide.

Volunteers have to observe strict standard operating procedures, under supervision, for crisis situations like self-harm.

“Children who grow up under harsh parenting are likely to be fearful and distant from their parents.

“In some cases, children may become defiant and rebellious outside the eyes of their parents, for example being involved in violence or extremism, or they may only behave when figures of authority are present.

“They do not internalise right from wrong, instead they just avoid being punished.

“They may see their parents as a source of fear hence undermining healthy relationships, trust and communication within the family, ” said Arman.

He elaborates that the traditional support system involving children and their carers, when disrupted, causes them to feel the pressure because of isolation from society, specifically being away from school.

“We need to raise awareness on children’s mental health in society as a whole.

“We recognise their physical needs, such as food, clothing and shelter but their emotional needs are not met, ” Arman highlighted.

He said children who did not have a safe space to share their emotions with their parents if the latter were harsh and punitive, would experience pent-up frustration and anger.

Coping with the pandemic

A survey titled “Current Situation of Children in Malaysia during the MCO” was initiated by Petaling Jaya Child Council (PJCC) to study how children were coping with restrictions during the MCO.

The respondents comprised 63% girls and 37% boys with 36% from Petaling Jaya while the rest were from other parts of the country.

Children when asked, in the survey, who they would go to when experiencing stress, anxiety or depression, 41.5% said they turned to their friends, 22.2% chose their parents while 20% admitted to not seeking help from anyone.

Out of 525 total respondents, more than half admitted to keeping themselves occupied during the MCO by engaging in video calls and playing video games.

“If parents listen to their children, acknowledge their emotions and respect their dignity, we can help today’s young people develop into emotionally resilient and healthy adults for a healthier nation in the future.

“Children today face a variety of stressors, including academic, family and cyberbullying, which have intensified during the pandemic.

“It is important for parents to encourage children to share their feelings, including reaching out to child-dedicated helplines like Buddy Bear 1800-18-2327 for emotional support, ” added Arman. 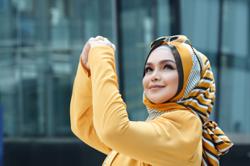