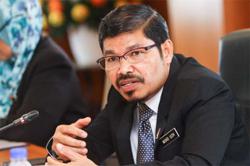 THE implementation of the movement control order (MCO) and conditional MCO has seen a drop of 30% in Penang’s crime index rate as of November.

State Criminal Investigation Department director Senior Assistant Commissioner Rahimi Ra’ais said the implementation of MCO and conditional MCO since March coupled with continuous police operations in combating crime has caused a drop in criminal cases in all the five districts in the state.

SAC Rahimi said high case- solving rates, crime prevention actions taken by the police, police roadblocks and increase of awareness among the public also contributed to a drop in the crime index rate.

He said the police formed teams to monitor MCO compliance under the Prevention and Control of Infectious Diseases Act (Act 342).

functioned in carrying out crime prevention during routine patrols and enforcement.

“Indirectly, this measure contributed in preventing criminals from committing or having the intention to commit crimes, ” he said.

He said that every year, the crime index would show a slight increase in its ratio as the population also increased.

He however noted that a full comparison could not be made now as the exact percentage of crime index ratio could only be compiled at the end of the year.

He said the crime index ratio for all states declined last year except for Penang (3.7%) and Sarawak (4.2%).

The statistics are based on administrative records obtained from various agencies and the compilation is based on the concepts and guidelines of the International Classification of Crime for Statistical Purpose Version 1.0 manual published by the United Nations Office on Drugs and Crime (UNODC). 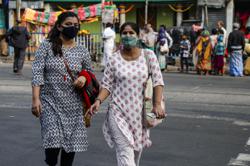