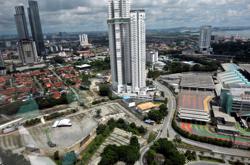 JOHOR BARU: The much-talked about RM10bil Rapid Transit System Link (RTS) between the city and Singapore, that was first mooted 11 years ago, will see construction begin during a special launch ceremony on Sunday.

Johor Ruler Sultan Ibrahim Ibni Almarhum Sultan Iskandar will be launching the project on his birthday.

While the mega project has been touted as good to improve connectivity between both countries and ease the movement of people, some quarters hope that the project will be completed on time, without any delays.

“I hope this project will ease the movement of people, especially workers, between both countries.

“It will also help ease traffic congestion along the Johor Causeway, ” he said, adding that the project would benefit many local contractors and businesses in the state.

He said Johor Baru needed to be revitalised as many businesses had closed down since the border closure on March 18 due to the Covid-19 pandemic.

Tay added that it was paramount for the Malaysian government to find ways to reopen the border with Singapore to allow people to start earning a livelihood.

“Singapore has already started opening up its economy in stages.

“They have their own version of the MySejahtera app, which is given to all their citizens who need to use them when they leave home for easy contact tracing.

“We should supply such gadgets to our workers who commute daily between Johor Baru and Singapore, ” he said, adding that workers should also have a controlled itinerary, which involveed only travelling between their workplace in Singapore and their home in Johor.

Tay said those found going around sightseeing or wandering around should be banned from travelling.

On the RTS Link, construction of the project covering 4km is expected to go on until 2026.

Once completed, the journey between Bukit Chagar station in Johor and Woodlands North station in Singapore will only take five minutes.

Malaysia – through the Transport Ministry – will be forking out RM3.715bil or 39% of the total cost of the 4km link project, with the balance to be borne by Singapore.

Those commuting with the RTS Link would only have to go through Immigration clearance once at the point of departure – either at Bukit Chagar in Johor Baru or Woodlands in Singapore.