Yeoh altering clothes to make a living in Jelutong, Penang. — Photos: LIM BENG TATT/The Star (Right) Yeoh showing her right arm that has fully healed while the photo in the phone shows the large boils on the arm soon after the scalding incident.

A POSITIVE mindset and good friends helped an odd-jobber to overcome adversities after she got badly scalded by hot oil in a kitchen mishap.

Yeoh Saw Hoon lost her eight-year job as a housekeeper and became an odd-jobber last year after her boss migrated to Australia.

Then, while struggling with the movement control order (MCO) earlier this year, a freak accident

in the kitchen caused boiling oil to spill onto her right forearm and parts of her legs.

“My skin burned and large boils appeared everywhere. It looked as if my skin had melted.

“It was so painful that I could not move. I even felt pain in my heart, ” the 50-year-old described, adding that she was cooking dinner for her family at their apartment unit in Jelutong,

Penang, when the accident happened. Saw said she was pouring away hot oil in the wok when a sudden pain in a shoulder caused her right hand to lose her grip on the wok.

The oil then spilled all over her right forearm.

After the surgery to remove the destroyed skin, Saw recalled feeling hopeless, but then something happened.

“My friends came. I never realised how much they care about me.

“They supported me and cheered me up. They even supported me financially without asking for anything in return.

“My relationship with my family also improved tremendously, ” she said when met at her apartment unit recently.

Thanks to the kindness of her friends, Saw said as horrible as the accident was, it became a turning point of sorts in her life.

“When you know that you are not alone, it gives you hope.

“It makes you believe things can get better.

“I have to pick myself up and not drown myself in sadness.

“I was determined to recover fast and it took me only around one month to fully heal.

“I started looking for a job through Facebook and at the same time, I sewed and altered clothes, fried lorbak (five-spice meat rolls) to sell and help out at a stall in Bayan Lepas, ” she said.

Saw recalled how she used to sit at her balcony late into the night, just staring at the night sky. 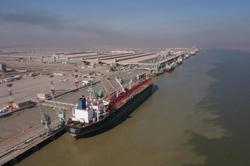