Walking in the shoes of the blind

WITH a white cane in hand and a little faith, Mohamad Khazaen Mat Nasir put on a blindfold and stepped into the world of the visually impaired.

The 28-year-old teacher gamely tried moving around on his own. Mohamad Khazaen using a white cane to walk while blindfolded.

“This is a whole new experience for me.

“I never imagined that it would be this difficult to move around without eyesight.

“It has definitely embedded an awareness in me that I have been taking my eyesight for granted all these while. Visitors learning how the visually impaired use their sense of touch to handle currency notes.

“Having a blindfold on does not only restrict movements but also takes away a lot of the experiences one can have, ” he said when met at the event.

During the event, some representatives from various schools and government agencies such as the police, Fire and Rescue Department, state Welfare Department and Penang Island City Council took part in station games and watched displays at the educational booths. 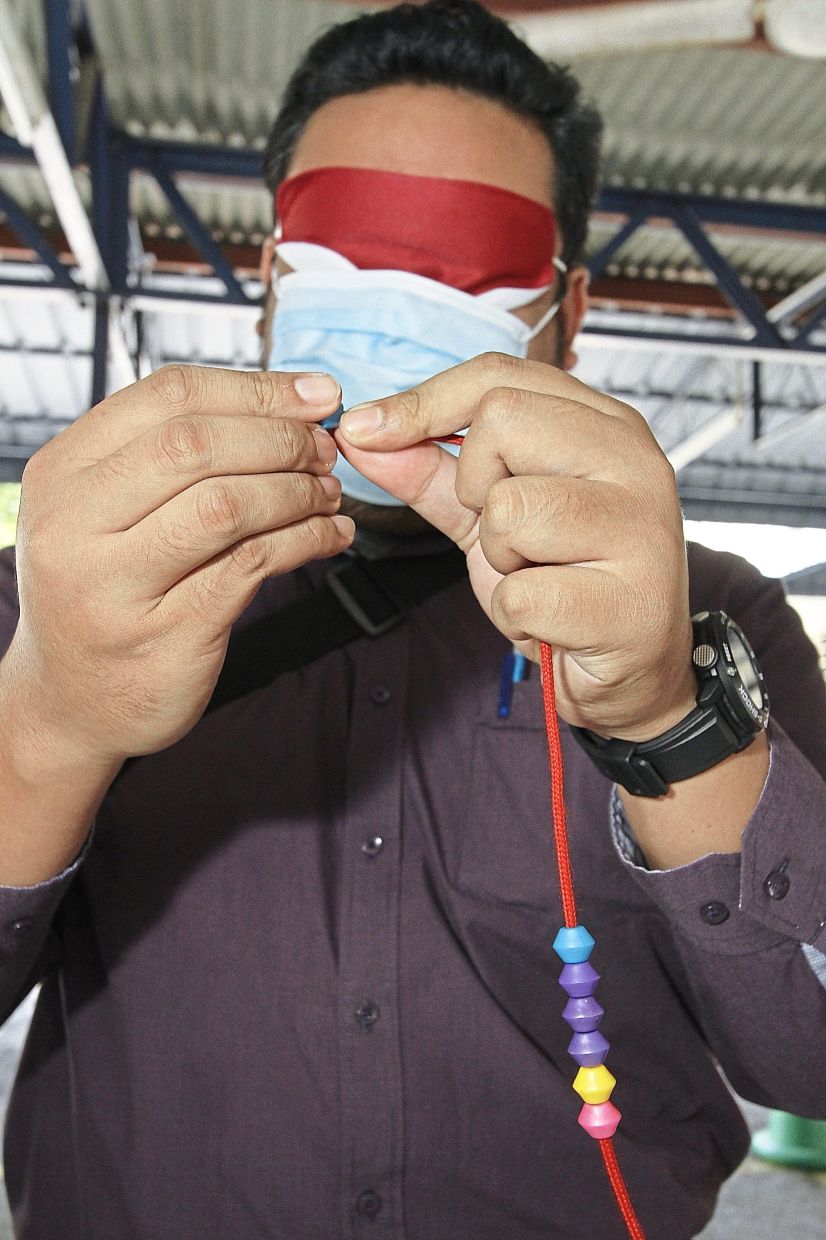 A visitor threading beads while blindfolded at a station game booth.

They wore blindfolds while trying to carry out activities like picking up rocks and stones, walking, drawing and feeling items in boxes.

“This is the first time that we are holding this event through invitation only.

“In previous years, it was always open to the public but due to Covid-19, we had to follow certain SOPs and thus scale it down.

“As such, we invited only representatives.

“The aim is to raise awareness on the importance of eye health. Elsey: The aim is to raise awareness on the importance of eye health

“We also invited an optometrist to give a talk.

“We hope the representatives will benefit from the talk and share what they have learnt with those around them.”

Association of Malaysian Optometrists Penang chapter president Khew Jong Mei, who gave the talk, said it was important for the public to be aware of eye health and how to prevent vision impairment.

“It is best for children above the age of three to get an eye check-up annually so underlying issues can be detected and early treatments or vision therapy can be carried out.”