WHEN the Government prohibited foreigners from working at Pasar Borong Kuala Lumpur early this year, locals who were desperate for an income during the movement control order (MCO) period flocked to the market to fill the resulting vacancies.

Many of them were struggling to put food on the table when they lost their jobs or were told to go on unpaid leave after several sectors were affected during the MCO which was implemented nationwide from March 18.

However, work at the market proved too challenging for some, and by November, only a handful of locals were still working there.

One of them is Muhammad Fazliene Hilmi, 19, from Kelantan, who wants to disprove the notion that millennials are a choosy lot when it comes to employment. 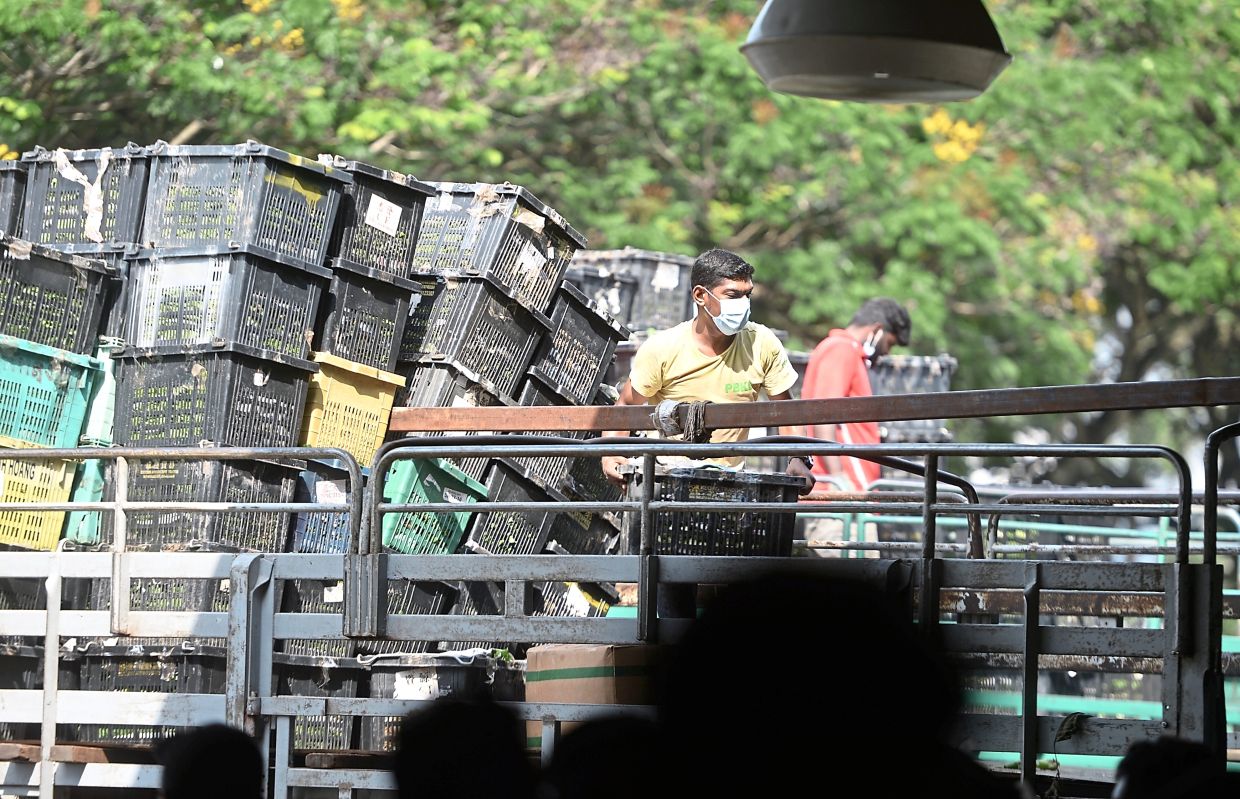 Many locals who took up employment at Pasar Borong Kuala Lumpur early this year have left due to the physically taxing work. They have to move multiple boxes at a time which can weigh up to 10kg. — Photos: RAJA FAISAL HISHAN/The Star

“Many people came here but worked for only a day or two before quitting as they could not handle the workload.

“The work is physically demanding as we have to push heavy boxes of fresh produce every day, ” he said.

Another local worker Ahmadinesh Batumalai, 22, who has been working at the market for seven months, concurred, adding that many local workers gave up after a couple of days.

“I am still holding on because I need this job to help my family with expenses. 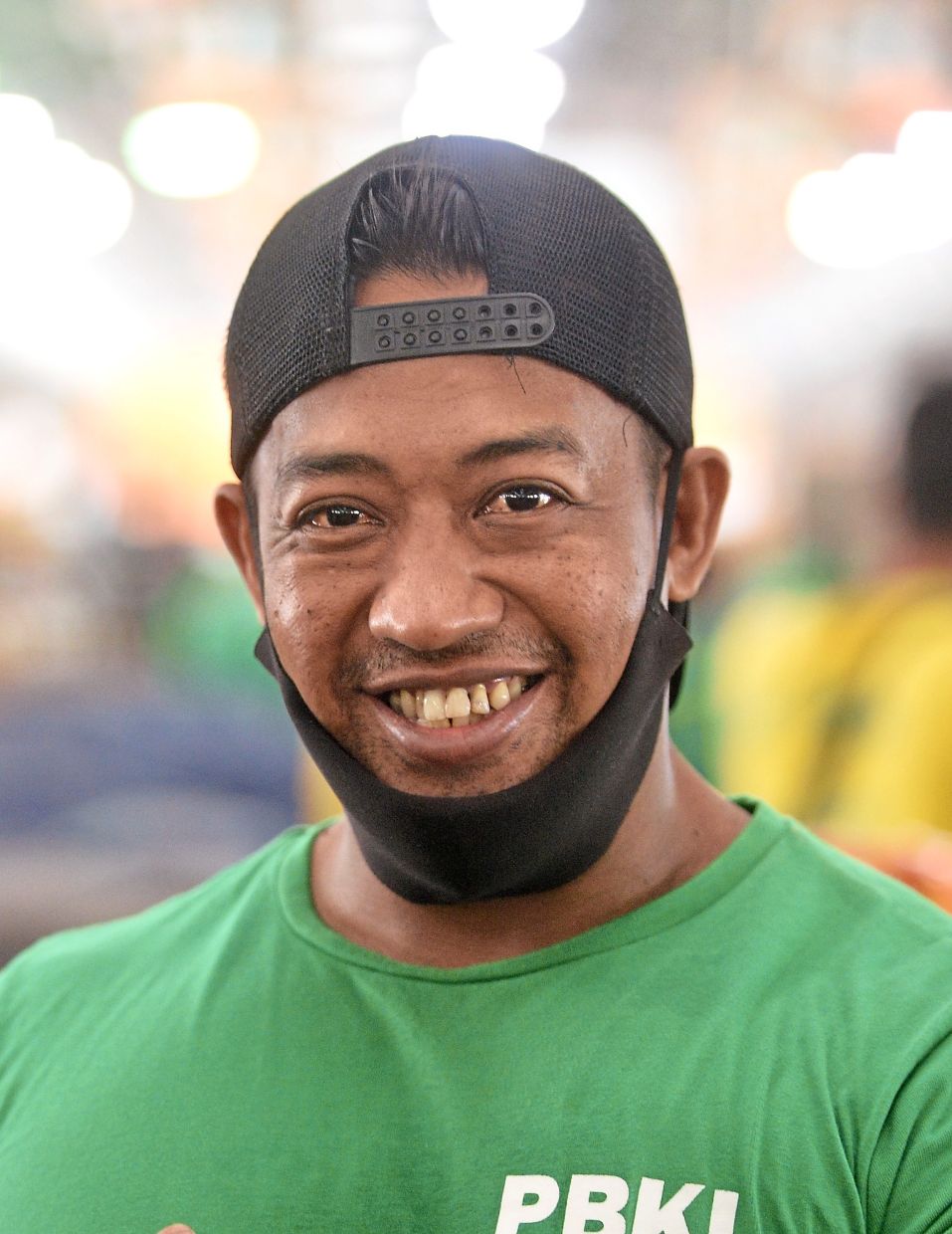 After four months, Asrul is still working at the market despite the heavy work.

“The work here is very ‘heavy’, but I have no choice as the job opportunities elsewhere are limited, ” said the second child of three siblings who lives in Rawang.

He added that he worked six days a week on rotating shifts from 10am to 7pm or from 10pm to 7am.

But young adults are not the only ones breaking a sweat for an income at the market.

Former e-hailing driver Tan Soon Soon, 41, has been working at the market for the past six months.

“About half of the people who started working here at the same time have left as they could not endure the tough working conditions.“It is very hot and stuffy. We have to move about 10 boxes – which weigh about 10kg each – in one trip from the loading bay to the stalls, ” he said.

Tan said he had no choice as his 63-year-old mother was relying on him for financial support. 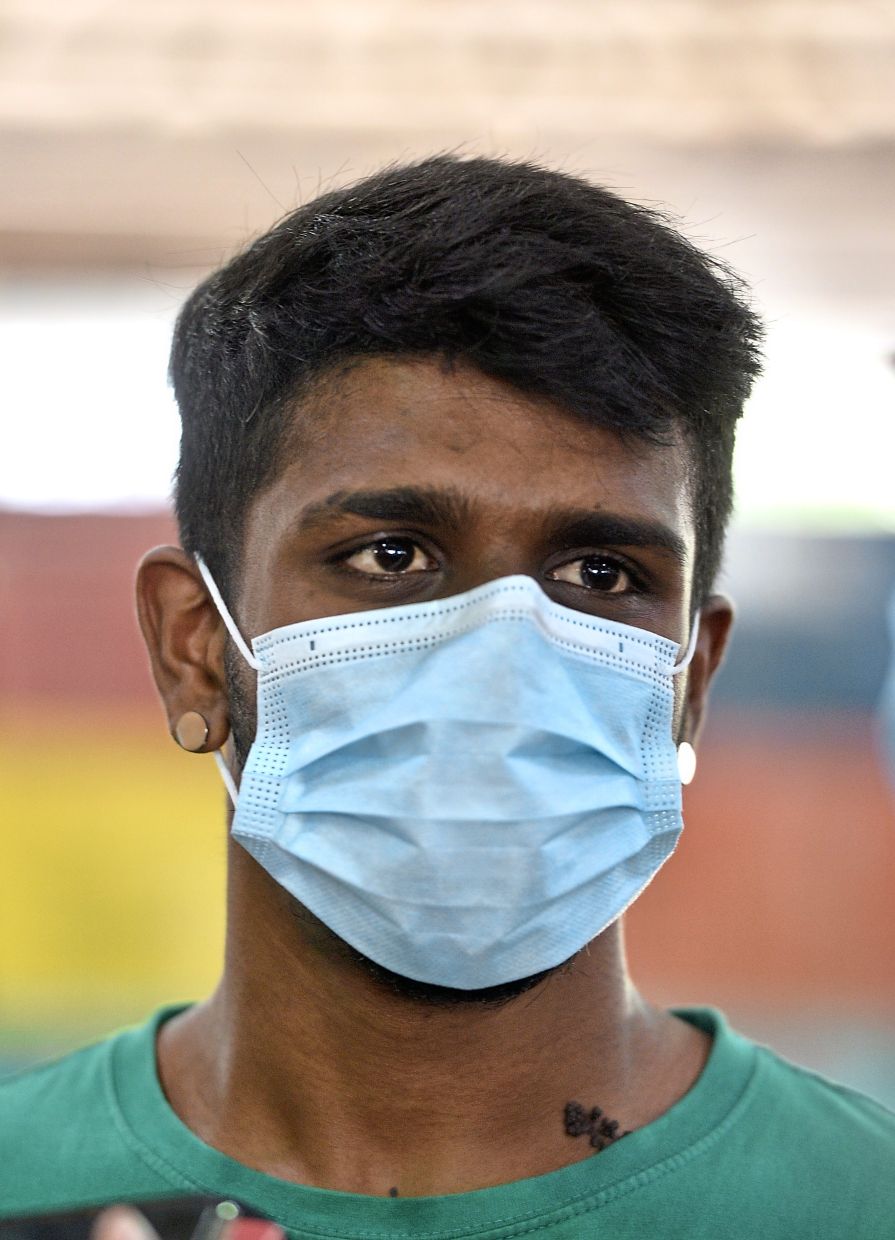 Ahmadinesh has been working at the market for seven months to support his family.

“With the MCO still on, there are not many jobs out there. I will work here for as long as necessary to support my family.

“I also have financial commitments such as housing and car loans to pay off, ” he said.

Another worker who has stayed on is Asrul Rizal Ariffin, a 42-year-old fitness instructor who was featured in a StarMetro report on June 17.

The father-of-four, whose monthly income was commission-based, found himself in a desperate position after the gym that employed him closed due to the MCO.

“Although that gym reopened during the conditional MCO, the operating hours were reduced to limit the number of users.

“Before the MCO, I used to have up to 15 customers, but demand for fitness trainers has gone down significantly now as many people are cutting down on expenses. 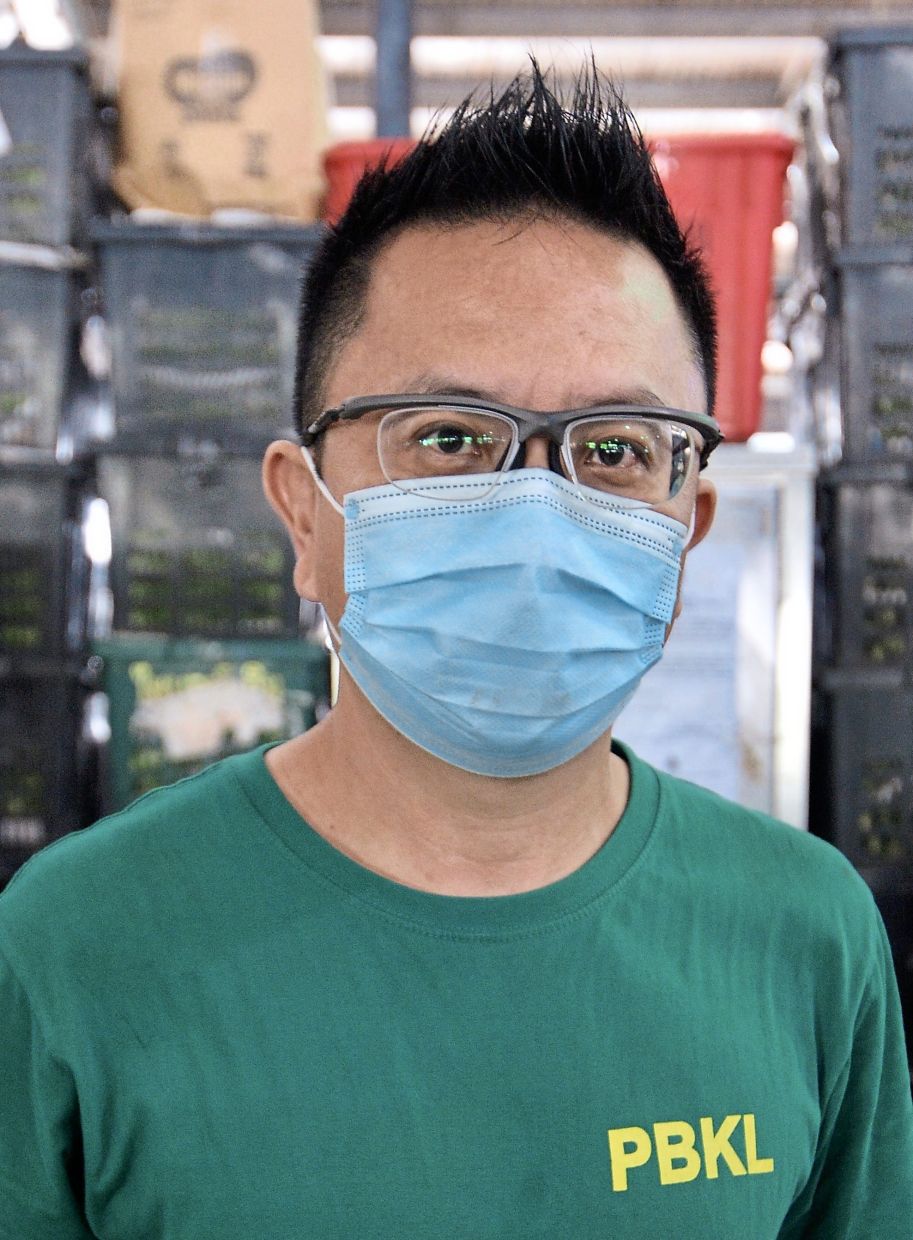 Tan says many locals stopped working at the market due to the challenging work conditions.

“This market is my lifeline. There are many opportunities here for people like me, ” he said.

Asrul said many locals who were working at the market had quit.

“About 200 people started working around the same time as I did, but only some 20 are still working here.

“I have no choice but to persevere because I have to think about my family, ” he said.

Former chef Fong Kong Lam, 41, took up employment at the market when the restaurant he worked at went bankrupt during the MCO.

“I have no choice but to work because I need to pay off my car and housing loans, ” he said.

Despite the shrinking manpower at the market, many stall owners were not in urgent need to hire replacements.

Stall owner Mohd Hafizi Mohd Roduan, 49, said this was because there was less workload now as business had taken a dive when the conditional MCO was reintroduced last month.

“Business is down by almost 70% as there is lower demand for fresh produce now.

“Most of our customers are night market traders and restaurateurs. 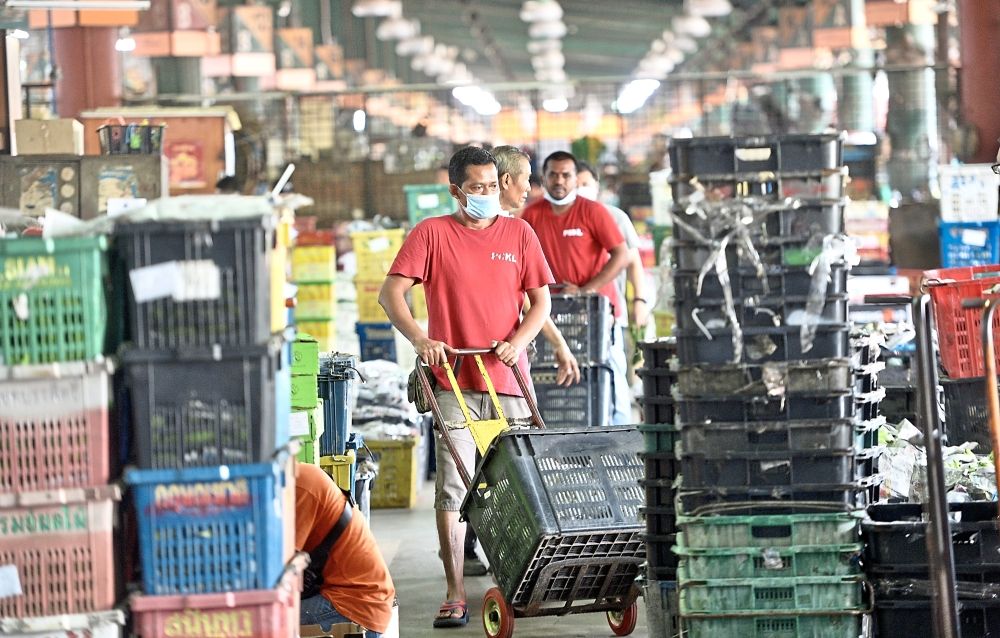 Colour coded: Workers at Pasar Borong Kuala Lumpur are required to wear different uniforms according to their duties. Red is for those employed by fruit traders, vegetable stall workers wear green while those working for fishmongers don blue tops. — RAJA FAISAL HISHAN/ The Star

“But since the conditional MCO began, many night markets and restaurants have either closed or reduced their operating hours.

“This is affecting our business and workload.

“Previously, I needed at least five or six workers but now I only need three at the most, ” he said.

Chong Kah Wai, 36, who has worked at the market for 10 years, said some stalls were closing early now. 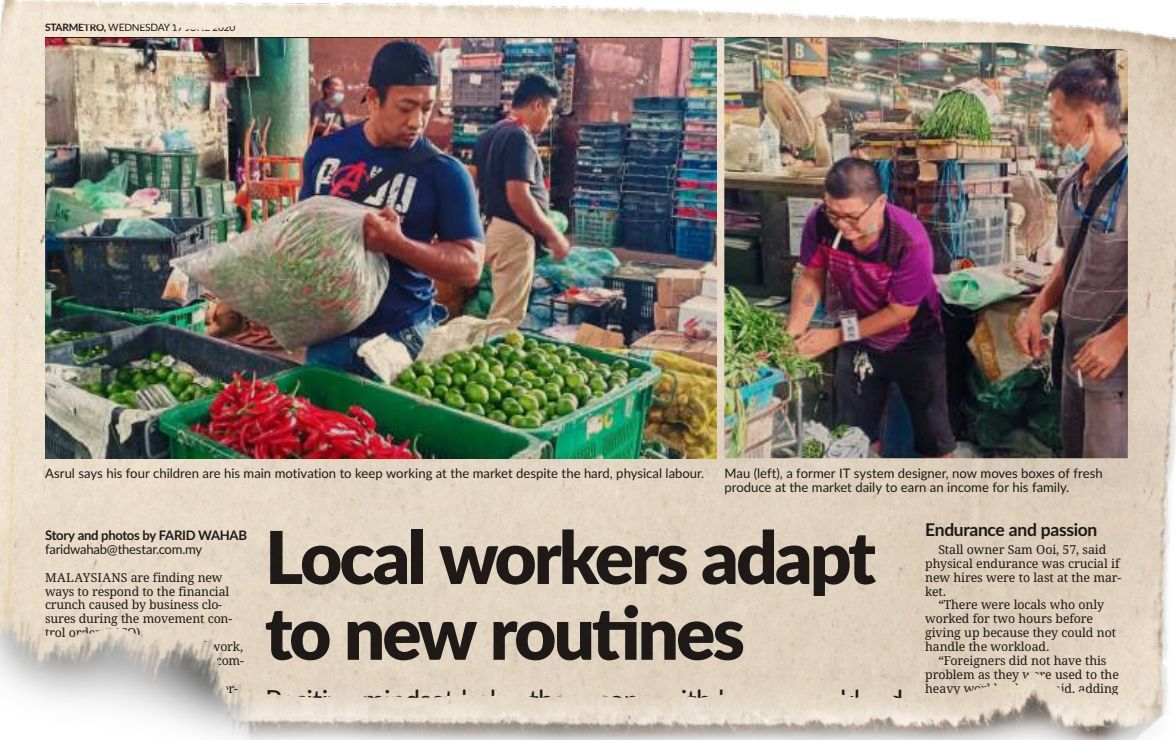 “There are fewer customers nowadays.

“If restaurants used to buy three boxes of vegetables, they are now buying only one box, ” he said.

“Before the MCO, we could easily sell about 1,000kg of chillies a day but that is not the case anymore, ” he said.Foreigners not allowed

Those operating at the market said no foreigners were working there since the Government’s directive that only locals were allowed to work in markets. 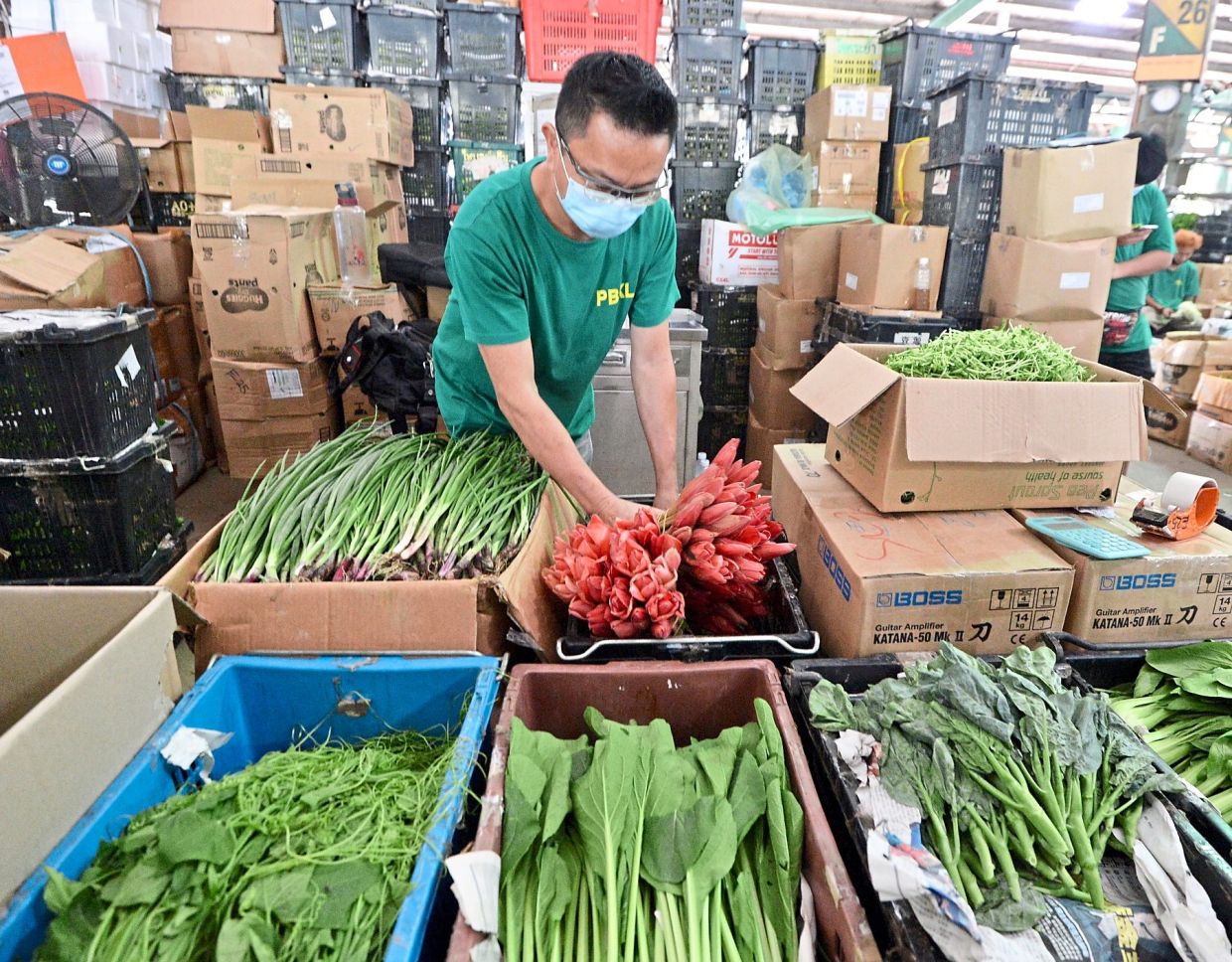 Many stalls have reduced manpower as there is less workload now since the conditional MCO was reintroduced last month.

During a check by StarMetro, two Immigration officers were sighted doing their rounds in the market.

Some receive their salary monthly, but there are others like Ahmadinesh who are paid daily.

Checks by StarMetro also found that workers were abiding by Kuala Lumpur City Hall’s (DBKL) directive which require them to wear coloured uniforms since July 10.

Green and red uniforms are for vegetable and fruit traders respectively while blue is for fishmongers.

DBKL, in a statement said that the coloured uniforms were to standardise workers’ attire to ensure orderliness at the market.

“It will also be easier to identify the workers according to their category of trade, ” said DBKL, adding that those not wearing uniforms would be denied entry into the market. 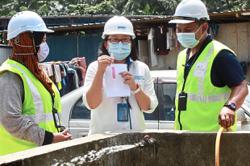