A TOTAL of 186 packets of rice have been donated to IAPWA (International Aid for the Protection and Welfare of Animals) Penang in Jalan Sungai, George Town.

"Due to the Covid-19 pandemic, the shelter is facing challenges in terms of low donations and adoption rates.

"The rice donation came just in time and we hope it can create a ripple effect.

"We hope more people will come forward to donate or adopt the canines here.

"The shelter needs donations from the public to sustain its operations, " she told reporters at the rice handover ceremony at IAPWA Penang recently.

The rice was donated by Ayer Itam assemblyman Joseph Ng.

Connie added that since the facility at the council's Vector and Veterinary Centre was set up, it had taken care of 2,021 dogs under the Trap-Neuter-Release (TNR) programme.

"We hope to achieve our goal of having zero stray dogs on Penang island in five years.

"We welcome the public to donate to the centre and they can walk in here on Mondays to Fridays from 8am to 5pm.

"Those interested in adopting the dogs can approach IAPWA Penang on its Facebook page to make an appointment before coming to see the dogs.

"Anyone wishing to adopt the dogs will be interviewed."

The TNR programme for dogs was launched in March 2018 to end the killing of street dogs on Penang island and to replace it with more effective and humane stray management.

Unclaimed dogs caught by the city council are taken by IAPWA Penang to be neutered and vaccinated against rabies as a pre-emptive measure to protect communities and other animals.

The centre also offers rehabilitation and subsequently, the release or rehoming of the dogs. 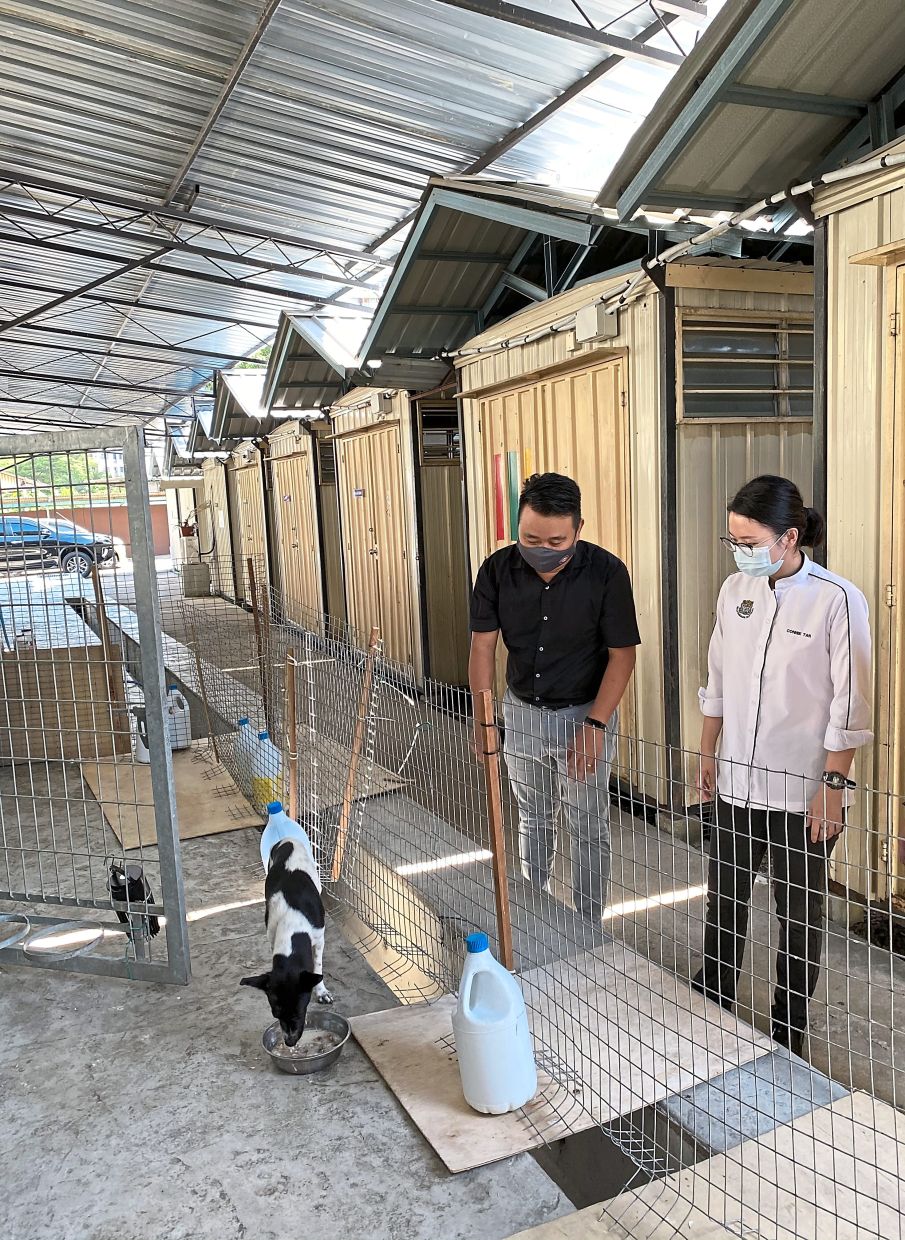 Ng (left) and Connie looking at an injured dog at the centre.

Meanwhile, Ng said he received 300 packets of rice which were infested with rice weevils.

"The packets donated by the public were no longer suitable for human consumption so I contacted IAPWA to donate the rice to canines in need.

"The remaining 114 packets were taken by some dog owners who came to my office.

"I urge people who have packets of rice infested with weevils not to throw the packets away but instead donate them to animal shelters, " he said.

IAPWA Penang project director Choong Koon Yean said the 186 packets of rice would be given to several small private shelters.

"Some of the shelters use four to five packets of rice every day, " she said.