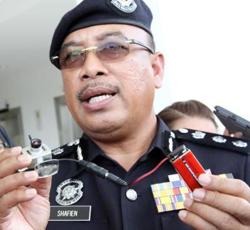 People queuing up at the Jitra police station to apply for inter-state and inter-district travel documentation.

A LONG queue of people applying for inter-state and inter-district travel were spotted at the Jitra police station in Kedah.

Among them was night market trader Zaidi Ismail, 51, who wanted to bring his 18-year-old daughter back from Universiti Sains Islam Malaysia (USIM) in Nilai, Negri Sembilan.

“Although the campus is closed, the hostel is open while the students are allowed to go home.

“I came for my inter-state travel application and once that’s done, my wife and I will go and pick up our daughter, ” said Zaidi, who has five children aged between 13 and 24.

Kim Huat Yan, 72, said he was applying for permission to check out his rubber estates in Padang Terap-Naka area. 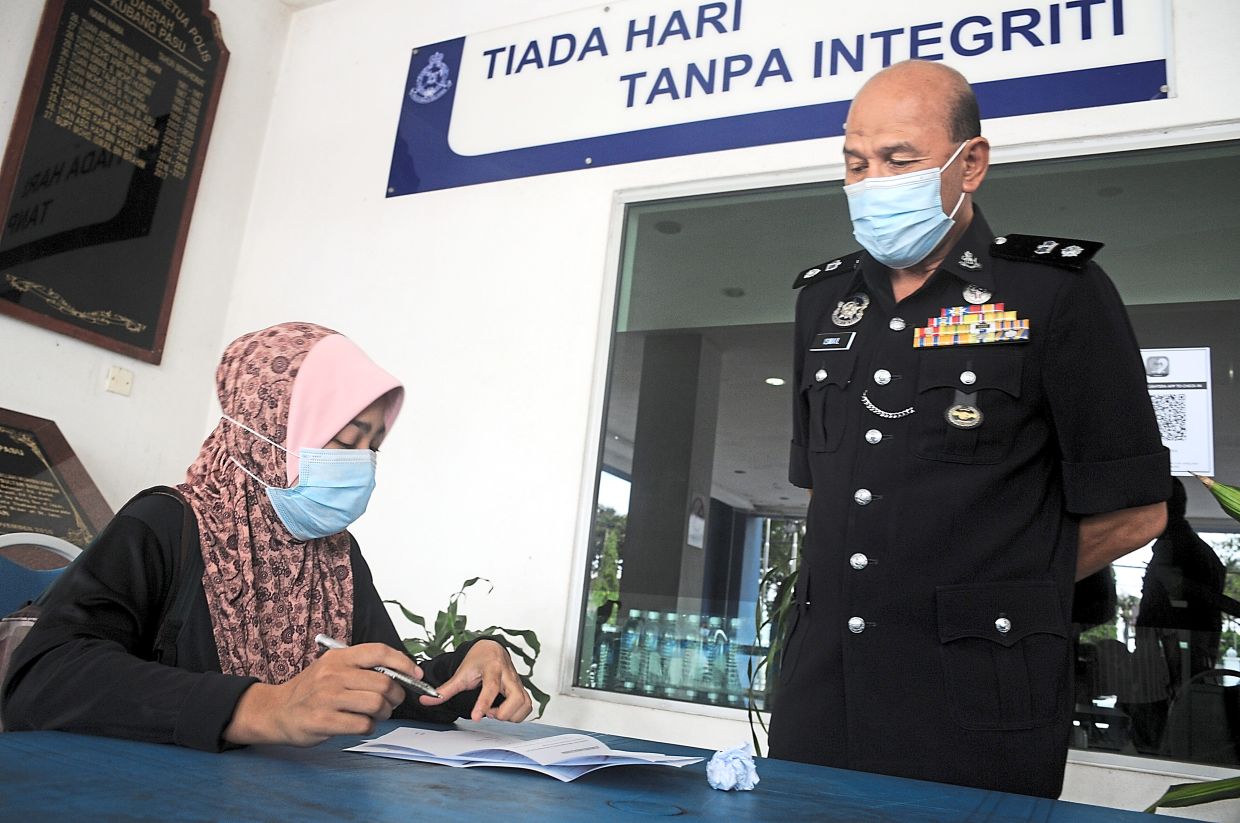 Supt Mohd Ismail observing a woman filling up the consent application form to seek permission to travel out of the district at the Kubang Pasu district police headquarters in Kedah.

“I have a small rubber plantation in that area.

“Once in a while, I go there to carry out rubber tapping work, ” he said.

Also spotted at the police station was Zuraidah Hassan, 58, who needed to attend her youngest son’s akad nikah (marriage solemnisation) at a mosque in Parit Buntar, Perak, tomorrow.

“I need to be there to help out with the preparations for the ceremony, ” said the retired clerk, who has six children aged between 26 and 38.

Kubang Pasu OCPD Supt Mohd Ismail Ibrahim said they had approved 1,700 inter-state and inter-district travel applications as of Tuesday since the conditional movement control order (MCO) was imposed on Monday.

Among those who came for the applications were those seeking medical treatment, students of institutions of higher learning, self-employed and those working in the private sector and factories.

According to a statement from the National Security Council, police permission to travel is required for inter-state travel in or out of conditional MCO areas.

Those who need to travel inter-state or inter-district for work purposes are required to show a letter of authorisation from their employers when asked by the authorities.

The statement also reminded the public that only two individuals from the same household are allowed to go out at one time in conditional MCO areas.

The application form for inter-state travel for medical or emergency purposes can be obtained at any police station. 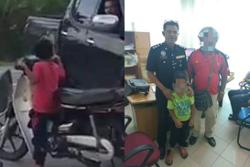