Izham says the Sungai Rasau Water Treatment Plant would cater to households in the Klang and Petaling districts.

THE Sungai Rasau Water Treatment Plant project is still in its early stages and is now undergoing a feasibility study by a consultant engineer appointed by the Selangor State Economic Planning Unit (Upen).

When completed, this water treatment plant would cater to households in the Klang and Petaling districts, state infrastructure and public amenities, agriculture and agro-industry committee chairman Izham Hashim told the state assembly yesterday.

“The feasibility study is expected to be completed this month. We take this project seriously because it is part of our 30-year Selangor water supply development plan, ” he said in reply to a question by Michelle Ng (PH-Subang Jaya).

Izham said there would be two phases for the project, with the first scheduled for completion in 2024 while the second phase in 2028.

“Phase one will focus on distributing water to Klang district while the second phase is for Petaling district.

“Based on the study, the plant will be able to process 700 million litres of water a day for each phase.

“Aside from the technical aspect, we also have to deal with the financial aspect.

For the source works, we need a grant of RM500mil from the Federal Government under the 12th Malaysia Plan, ” he added.

Tony Leong (PH-Pandamaran) asked if the other existing treatment plants would stop water distribution to the Klang district once the Sungai Rasau treatment plant was completed.

In reply, Izham said the state would look at water distribution as a whole and would integrate the water sources in future.

“We have to look at the overall system and not just focus on water treatment plants as it is our plan to have inter-connectivity between water sources and treatment plants to households statewide, ” he said.

He added that the integrated system would be able to channel water to households regardless of where the water came from or where it was treated.

“There are also plans to upgrade existing ponds near treatment plants to increase capacity for water storage.

“Currently, the treatment plants in Selangor are producing 5,000

On the progress of the Langat 2 Water Treatment Plant, Izham said its construction was completed on Sept 30 this year.

In December last year, the phase one Stream B which has a capacity of 565 million litres a day began operations.

Meanwhile for Stream A, which has the same processing capacity, it was only handed over to Pengurusan Air Selangor Sdn Bhd at the end of last month.

In total there are 23 packages for this project which includes the ponds and distribution systems in addition to the treatment plant.

“The other aspects of the project are still ongoing with only 30.43% completed by September, ” he said in reply to Azmizam Zaman Huri (PH-Port Klang).

Azmizam wanted to know the status of the Langat 2 Water Treatment Plant and the areas that would benefit from this project.

To a question by Ronnie Liu (PH-Sungai Pelek) on how much the state had to pay for use of the Langat 2 Water Treatment Plant since it belonged to the Federal Government, Izham said he did not have the figures on hand but the rental agreement between the state and Federal Government was for 45 years through the Pengurusan Aset Air Bhd (PAAB). 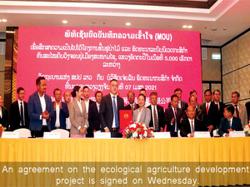