SINCE a paper processing factory began operating in Kampung Sungai Manggis in Banting, Selangor last year, quality of life has not been quite the same for residents in the area.

They said problems such as noise, odour and water pollution began arising — all of which they claimed were caused by a factory occupying 46ha in their vicinity.

When they heard that a 7.2ha expansion was being planned by the factory, they were livid and feared this would exacerbate their problems.

Their exasperation caught the attention of Environment Minister Datuk Tuan Ibrahim Tuan Man after a StarMetro report on Aug 31 highlighted it, prompting an investigation by the Department of Environment (DOE) the following day.

Then in another StarMetro report — on Sept 17 — residents and the Kuala Langat Environmental Action Organisation (PTASKL) raised concerns about the black and smelly water at a retention pond near the factory.

They alleged that the pollution was caused by septic waste discharged by the workers’ hostel within the factory compound.

The pond is connected to Sungai Langat, located only 150m away, via an underground culvert. DOE director-general Norlin Jaafar, in a statement sent to StarMetro, said the black water at the pond was due to it being stagnant over an extended period.

Another contributing factor, she said, was the natural shallowing of the pond, which was caused by the fluctuation in water level due to the inflow from Sungai Langat.

She noted that the sullage overflow from the hostel in August was the culprit behind the pollution, but denied that septic waste was discharged along with it.

“For the time being, septic waste from the hostel undergoes a desludging process carried out by a licensed contractor every week, while the sullage is treated via the Industrial Effluent Treatment Systems (IETS) in the factory.

“Selangor DOE has provided additional pumps for sullage to be diverted into this system, ” she said.

Norlin added that the factory had been allowed to release stormwater into the pond to dilute the water there. A worker showing the quality of treated wastewater from the factory before it is released into Sungai Langat.

“This man-made pond has been here for about 17 years, since the opening of the Mahkota Industrial Park.

“It was built to retain water run-off from the surrounding drainage.

“And it has never undergone any maintenance since it was built, ” he said.

BERT is sited inside the industrial park.

Wong denied that the factory discharged wastewater from its operations directly into the pond, saying that its wastewater was treated via the IETS prior to discharge into Sungai Langat.

PTASKL claimed last month that the turbulence at the culvert could indicate the presence of an underground pipe discharging waste into the pond.

“The wastewater from our operations undergoes physical, chemical and biological treatment to ensure it complies with the specifications set by DOE, ” said Wong.

“Every month we send four reports of the effluent quality to DOE, and we have been doing this since May, ” he said, adding that at present, the IETS was only operating at 25% capacity.

Norlin said a sample of the wastewater taken on Oct 17 was “clear and odourless”.

“The sample has been sent to the Chemistry Department for analysis to ensure compliance with the Environmental Quality (Industrial Effluents) Regulations 2009, ” she said.

Wong said the workers’ hostel would be demolished in stages within the next two months, and that a new one would be built inside the factory’s compound to house 600 workers.

Kuala Langat Municipal Council (MPKL) had on Aug 28 issued two notices to the factory under the Street, Drainage and Building Act 1974 and Trade, Business and Industry MDKL 2007 by-law after the council found that the hostel was built without approval.

Pollution of the pond aside, residents pointed out that another contentious issue remained — the minimum distance between the factory and the nearby Taman Bakti housing area.

Selangor DOE told StarMetro that the minimum distance between heavy industries and a settlement was decided based on the local plan issued by the local authority.

The Kuala Langat Local Plan 2030, gazetted on July 5,2018, stated that heavy industries should be sited 500m from settlements, along with 70% green buffer.

However, Selangor local government, land transport and new village development committee chairman Ng Sze Han, when contacted, said a new local plan for 2035 would be issued, in which the distance would be revised to 300m. 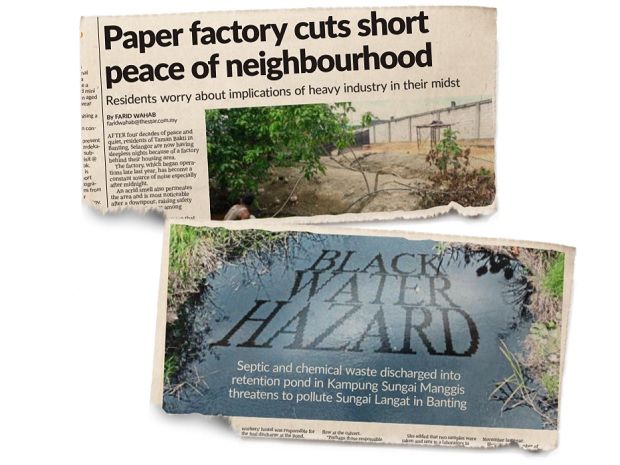 The Aug 31 and Sept 17 articles that appeared in StarMetro highlighting the pollution in Banting.

Residents who measured the distance from the housing area to the factory’s fence, along which freight containers were stacked, found that the distance was only some 40m.

A statement by DOE stated a shorter distance of 30m.

BERT, in response, said although the distance between its perimeter fence and the housing area was below the minimum requirement, its plants were located farther inside the compound.

“The side facing the houses is only used as a yard for the freight containers where we store our finished products, ” said Wong.

But this has presented a secondary problem for the residents — noise pollution when the containers were moved.

Wong said the containers had been shifted away from the fence to reduce the disturbance.

“But some are left at the fence to act as a temporary sound barrier.

“We are in the midst of applying for approval from TNB (Tenaga Nasional Bhd) to erect a proper sound barrier along the fence to minimise noise to the houses, ” he said. 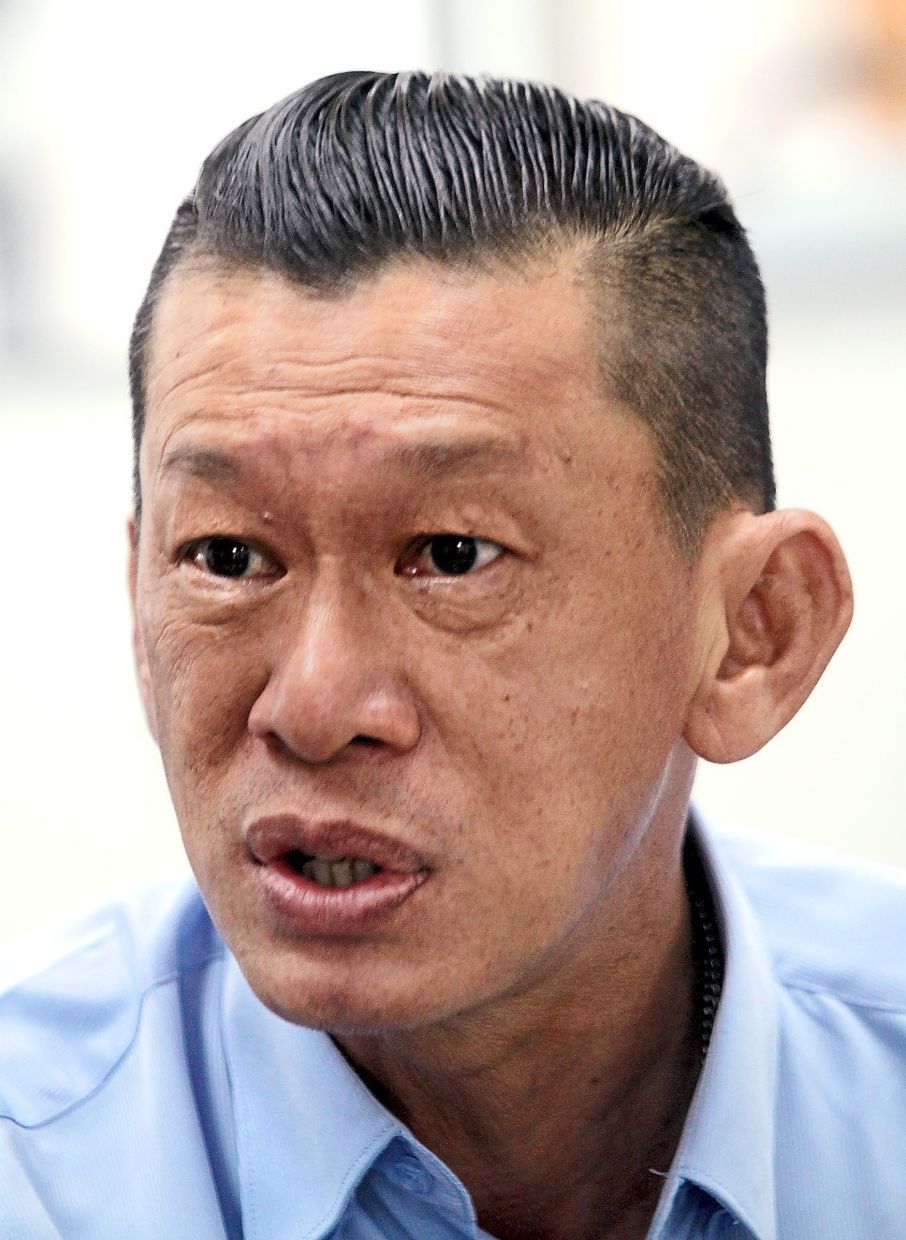 He added that the 9m-high wall would cost RM3.5mil.

Approval from TNB is needed because the fence facing the housing area was located under a power grid from an electric substation.

However, PTASKL secretary Pua Lay Peng said the distance should not be the sole factor in determining the suitability of an industrial site.

“There are other factors to consider, such as risks to the environment and residents nearby, ” she said.

She urged DOE to review the environmental impact assessments.

“The factory has yet to commence operation fully but the people here are already affected, ” she added. 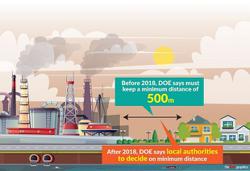