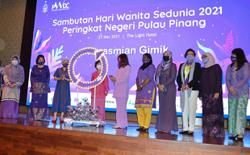 FROM the tabling of laws, ensuring a check and balance on the state executive branch to highlighting people’s issues, 40 women from all backgrounds were able to learn all about it at the Penang Women’s Assembly 2020.

Held in Dewan Sri Pinang, the first of its kind mock state assembly featured an all-women lineup as representatives of each constituency in Penang.

Accountant R.S. Kaliammal, 42, who attended the assembly as a ‘representative’ of Jawi, raised issues on the importance and implementation of the ‘1 murid, 1 sukan’ concept in schools.

“I wanted to raise this issue to highlight the importance of the concept and bring it to attention that not all schools can afford to have space for a decent field and sports equipment.

“As a representative, I wanted to look into some real issues and see if I can help the situation from there, ” she said when met after the mock assembly sitting on Tuesday.

Kaliammal, who has no solid background in politics, said she was thrilled to be able to experience and understand how the managing and handling of state affairs work.

“I have been working as an accountant for most of my life and it is refreshing to have such an experience and see an all-women lineup for the sitting.” Another ‘representative’ of Seri Delima, Berine Loo, 39, said it was a brand new experience for her to be exposed to politics and the environment of managing state affairs.

“I have been a housewife for most of my life and I do not have much knowledge about what or how politics or state affairs go but this experience has definitely empowered me.

“I live in Berapit and I can see how the small community there, mostly women who stay at home, could have participated more actively in politics, management and any other field.

“It made me want to become a role model to my children and to let women everywhere know that wherever or whoever you are, anything is possible.

“We are capable of this much and we can be in charge of the change we want to see in our community, ” she said. 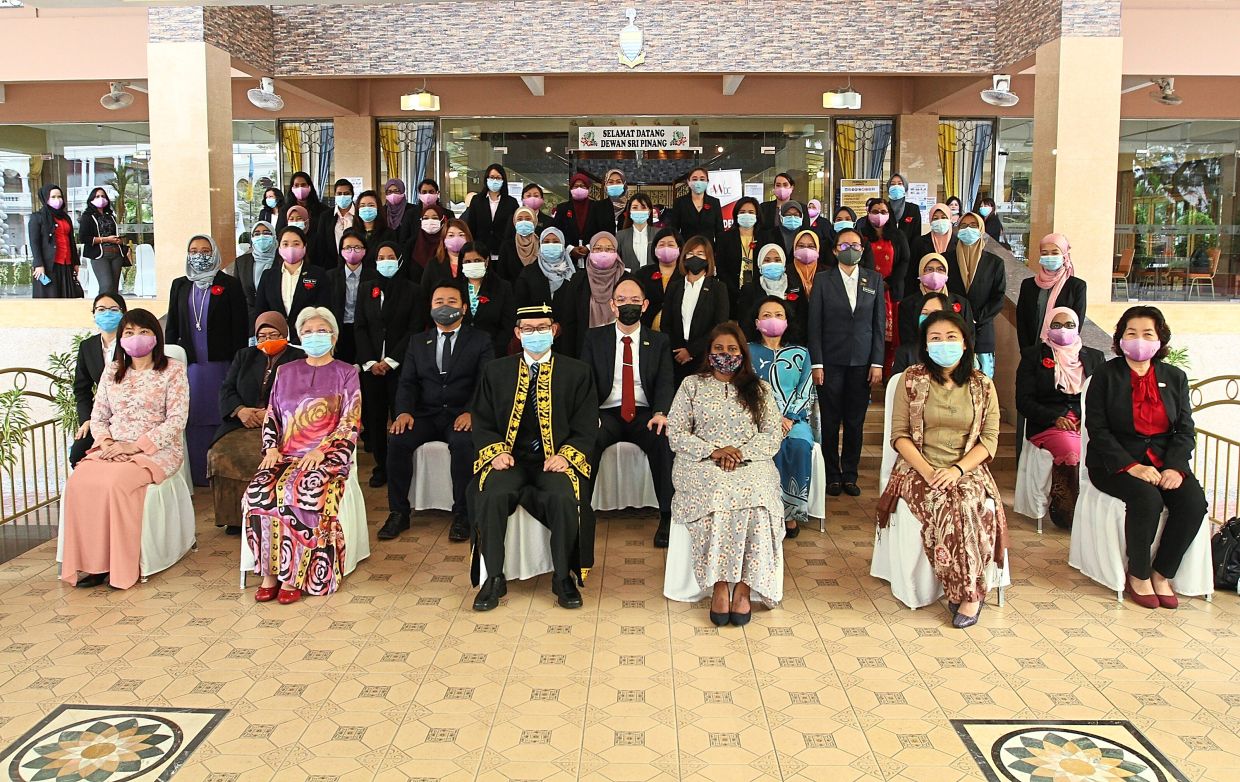 Participants of the first Penang Women’s Assembly 2020 following the tradition of taking a group photo with State Speaker Law (front, third left) and other state leaders at Dewan Sri Pinang.

Loo, whose husband initially disapproved of her joining the mock assembly, said she saw how significant the roles of families were in women’s participation in politics.

“A lot of families might have women who may be able to contribute a lot to the state or country but were held back due to duties towards their family.

“Fortunately, my husband eventually approved of me joining the assembly and supported me in my participation.

“Through this experience, I hope to see more women from family-based communities step forward to empower themselves and others, ” she added.

“Men and women have different roles, responsibilities and needs in life and as such, we need a balance between male and female representatives to fulfil the needs of both genders. 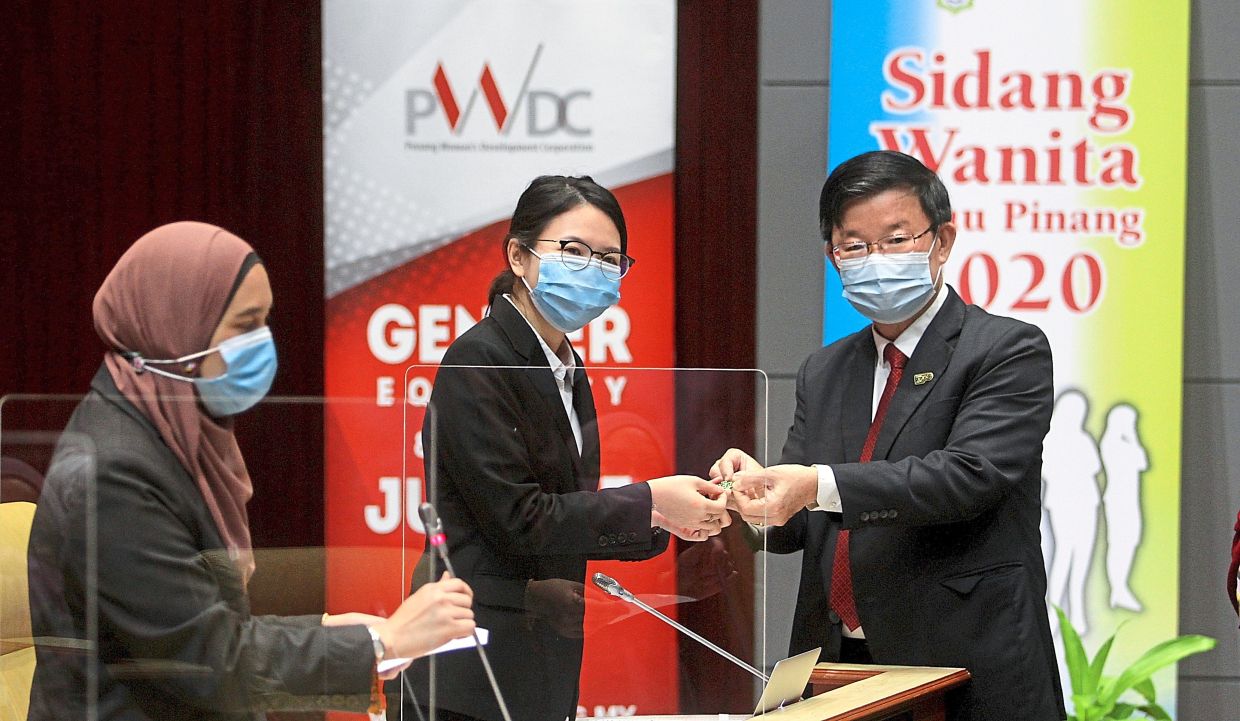 Chow (right) presenting a Penang2030 lapel pin to Connie Tan who took on the role of Padang Kota state representative during the first Penang Women’s Assembly 2020.

“The mock assembly here was a platform prepared by the state to expose women with potential to the duties and responsibilities of a constituency representative.

“This allows them to handle and manage responsibilities as a ‘representative’ for a day.

“The assembly is an effort by the state to close the gender gap in politics in the state and recognise women’s capabilities in politics, ” she said.

“The assembly is a place where laws and policies concerning the state are enacted, where the state’s annual budget is approved, and where check and balance pertaining to the state’s executive branch are done, besides being a platform for voicing out the people’s plight.

“It is important that women’s voices are heard and for their inputs to be included when legislating state’s laws or policies.

“With the experience that PWDC has, I hope that this assembly could become one to be held annually, ” he said. 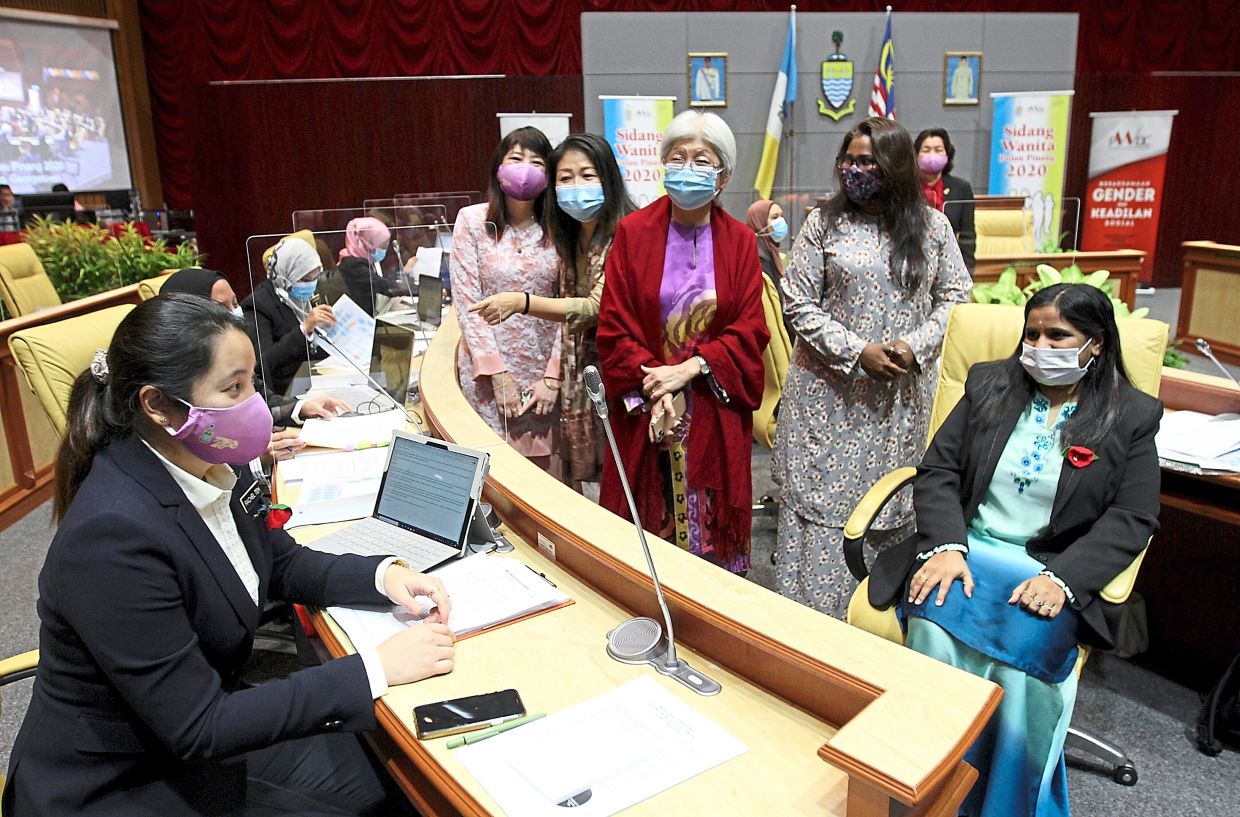 Penang Chief Minister Chow Kon Yeow said the state assembly simulation was held after 40 participants were selected among 400 who expressed interest in the simulation.

“History was created today. All the participants here showed that women leaders too are fluent, skilled and capable of putting forward their work in state affairs and community rights.

“This first of its kind mock assembly is a new approach to allow women to understand politics. Their participation here is solid proof that wipes out gender stereotypes saying that women are not interested in politics.

“We hope that political parties will prepare more opportunities for women to move forward and be involved, ” he said.