JOHOR BARU: Johor Zoo is temporarily closing its gates for almost a month to allow major upgrading works to take place within its premises.

Johor local government and housing committee chairman Ayub Jamil said the state government confirmed that the zoo would be closed until Nov 15 so that work could be done within the animal enclosures.

“I would like to stress that the temporary closure has nothing to do with the increase in Covid-19 cases or spread of the disease within the area.

“This closure is to allow heavy construction work to be done, ” he said in a statement.

“Despite the ongoing works being carried out, these animals will not be moved elsewhere but taken care of as usual through a seclusion method and control relocation.

It was reported by StarMetro that the state government channelled RM400,000 to carry out such works inside Johor Zoo.

Located within a 12.5ha land along Jalan Gertak Merah here, the state zoo was reopened on July 5 after closing for a few months because of the movement control order.

The last time the zoo underwent major renovations was 10 years ago.

It was originally a private menagerie for the Johor royal family but was opened to the public in 1962.

It is a popular attraction among locals and foreigners and received an average of 50,000 visitors per month last year. 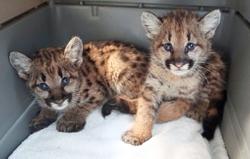