THE 10th anniversary celebration of Kuala Lumpur’s Little India in Brickfields on Oct 27 has been cancelled.

Event organisers made the decision following the implementation of the conditional movement control order (MCO) in Selangor, Kuala Lumpur, Putrajaya and Sabah due to the spike in Covid-19 cases.

“We will retract our proposal to Kuala Lumpur City Hall and Health Ministry which we submitted earlier.

“The celebration is not necessary and it is the right thing to do, ” said Persatuan Prihatin Peniaga Kecil Little India (PPPKLI) secretary P. Thinakaran.

Oct 27 will mark the 10th anniversary of the launch of Kuala Lumpur’s Little India in Brickfields, following a RM35mil upgrade of the area that took a year to complete.

It was jointly launched by then prime minister Datuk Seri Najib Razak and his then Indian counterpart Dr Manmohan Singh.

More than 5,000 people from all over the world witnessed the event, which was also attended by journalists from India.

Business owners and the association had hoped to commemorate the day with a modest affair.

However, Senior Minister Datuk Seri Ismail Sabri Yaakob had announced that the conditional MCO would be in place from Oct 14 to 27.

“Before that announcement, we had submitted a proposal to DBKL and Health Ministry and had been informed that they were waiting for feedback from the National Security Council, ” said Thinakaran.

Meanwhile, Little India’s business community is seeking funds from DBKL to carry out basic maintenance work such as painting and patching up structures along the 500m stretch where the shops are located.

They said the popular tourist enclave was looking shabby and could do with a fresh coat of paint.

Although the anniversary celebration would no longer take place, they said the area needed refurbishment in preparation for Deepavali next month.

Sri Paandi Restaurant owner Alagarsamy Kumar said the area needed some maintenance work and that business owners were willing to chip in for the bill.

“Despite everything that has happened this year due to the Covid-19 pandemic, Little India is still popular and doing reasonably well.

“We need the authorities to continue to maintain the area as it looks neglected and the decorative pillars along Jalan Tun Sambanthan have not been painted in over a year, ’’ he said.

Alagarsamy added that business owners were willing to contribute funds for the upkeep and that they had also engaged Alam Flora to carry out regular clean-ups.

A. Ravi, who owns Dayang RV Sdn Bhd grocery shop, agreed to contribute funds to spruce up the area.

“The area needs some spark.

“Business is still rather slow and I am willing to help make it festive again since it is a collective effort and responsibility to care for the area, ’’ he added.

The Little India stretch underwent a major makeover in early 2010, whereby the main thoroughfare, Jalan Tun Sambanthan, was converted into a one-way street.

Apart from wider streets, the new look also features entrance archways, kiosks for florists, an elephant fountain, Pallava-inspired decorative pillars and the Torana Gate, which is a gift from the Indian government. 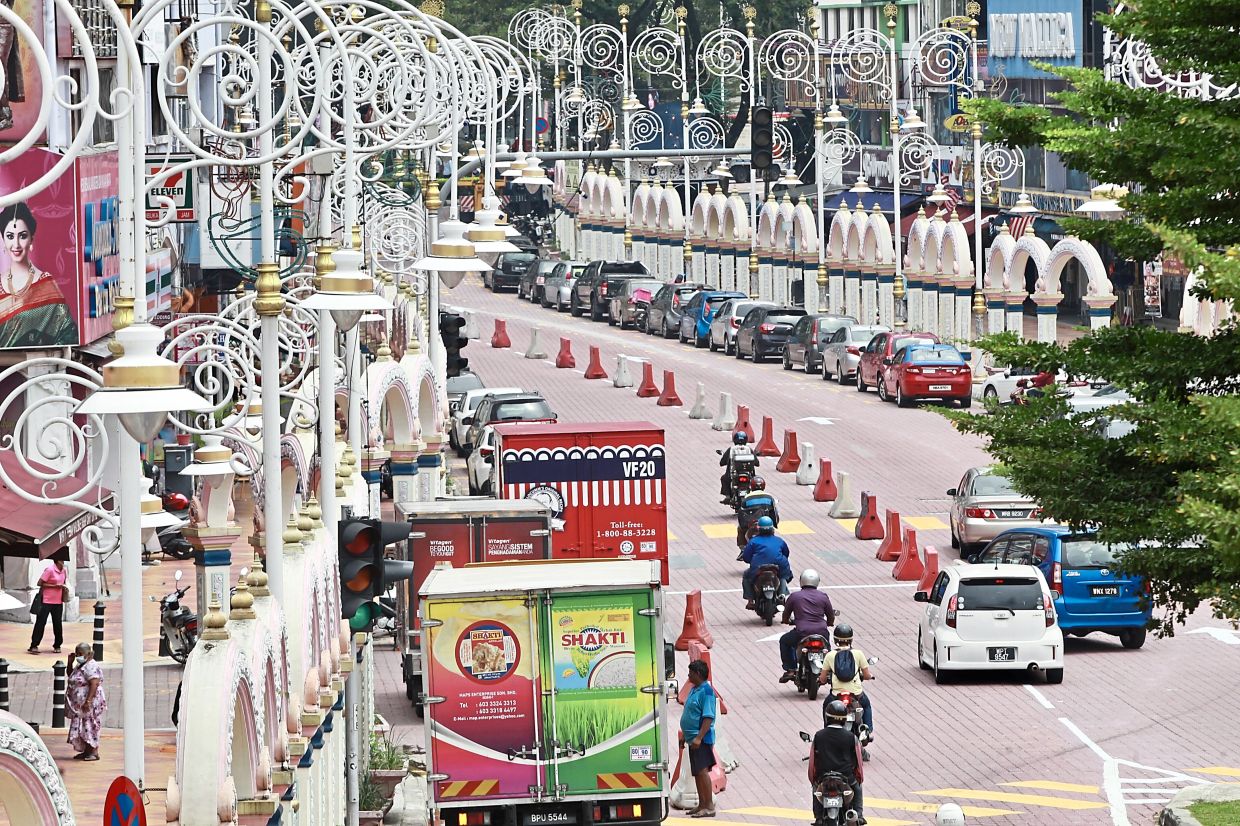 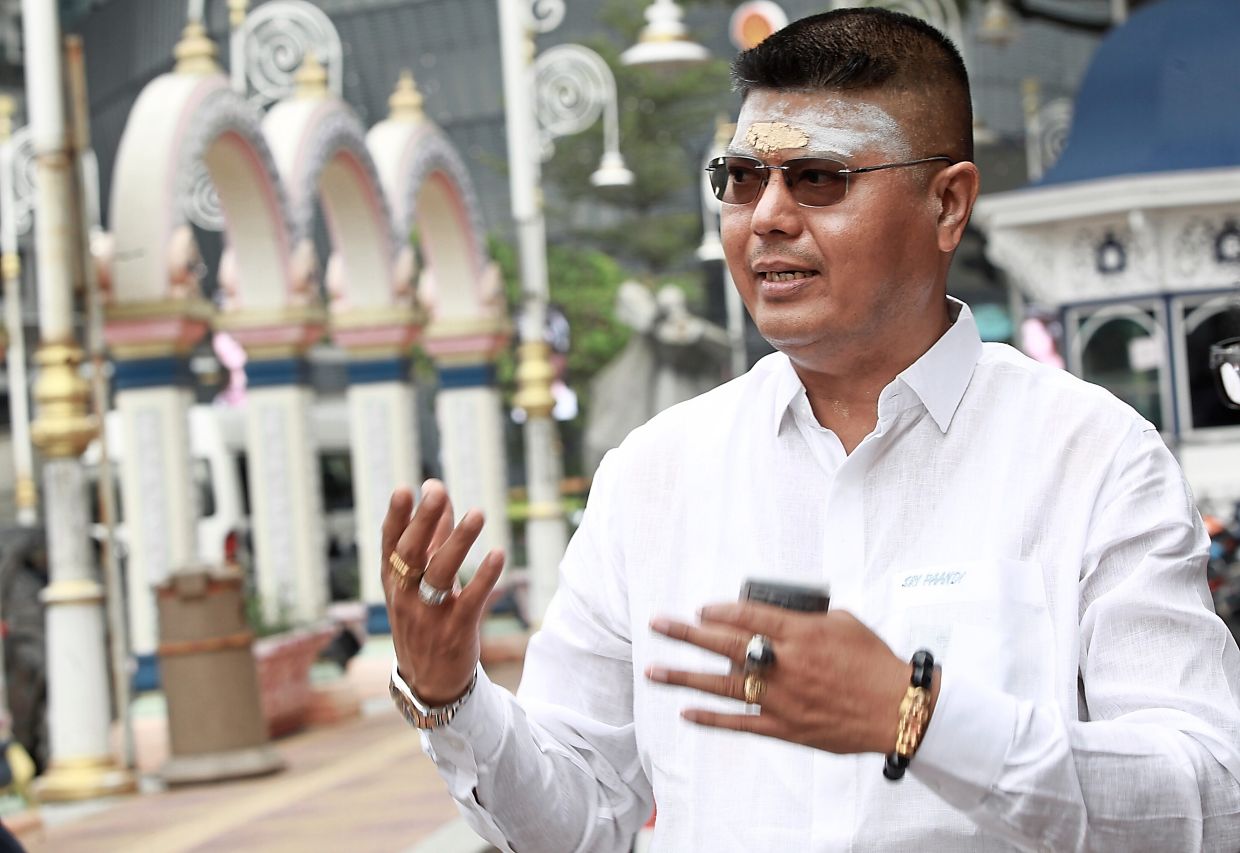 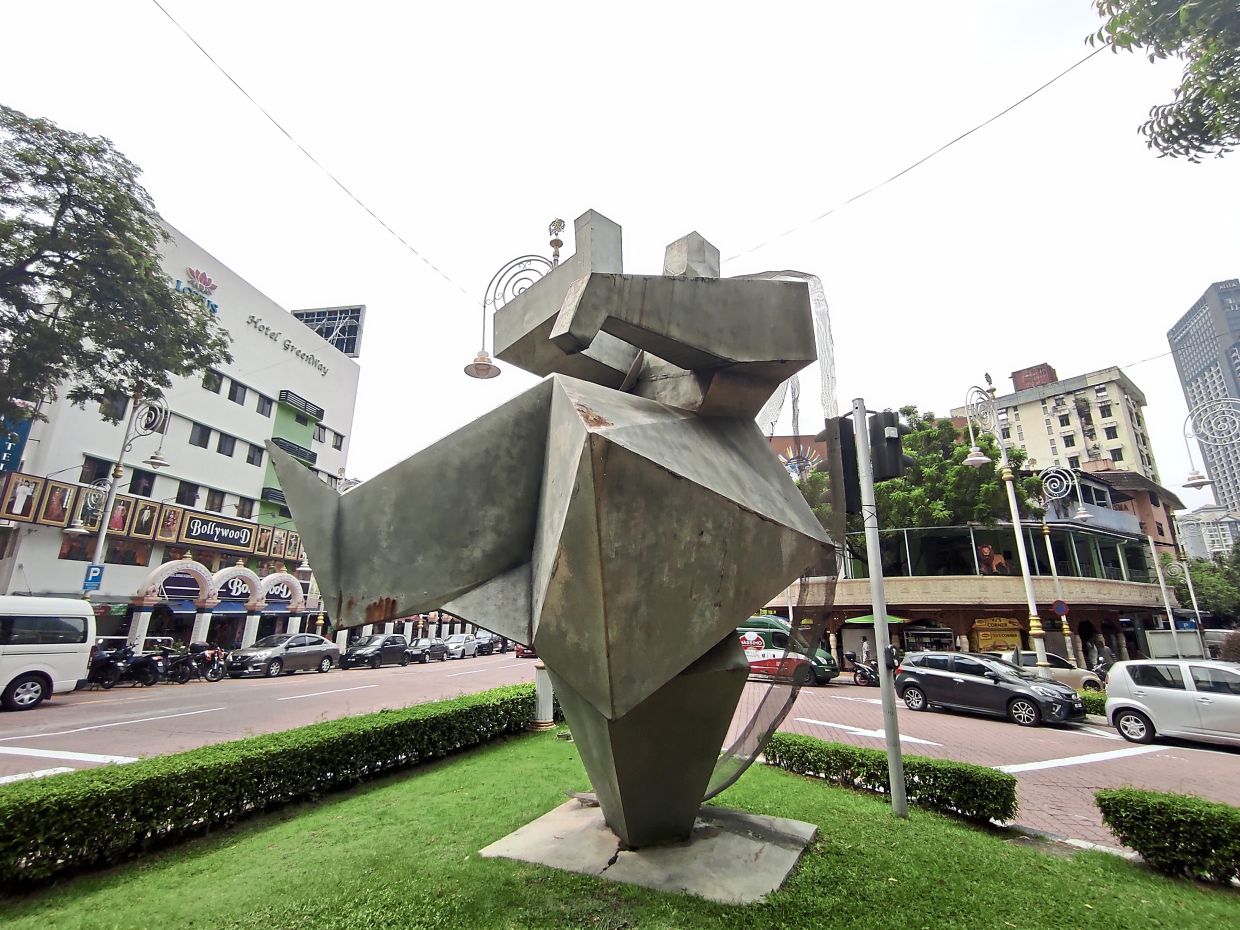 Alagarsamy says business owners are willing to chip in for work to spruce up the area.

Thinakaran says cancelling the event is the right thing to do.

(Far left) There is rust on this steel art piece in Little India depicting a dancer.