One vivid memory Stephanie Bacon has as a member of the Malaysian Nature Society (MNS) is of a trip to the Belum Temenggor forest reserve in Perak.

“We (MNS members) had all got off the boat to go into the jungle and after three days of walking, the guide said we needed to turn around because a tiger had just given birth to her cubs, ” she said.

“I wanted to stay but we had to leave for safety reasons. So, we turned around and that was when I saw a rafflesia.”

Love for nature, fellowship and a never-ending array of activities centred on forests, wildlife and gardening was what made Bacon sign up as a member with non-governmental organisation (NGO) MNS in 2006.

Now 78, being an active member of the society has seen her remaining productive and occupied in her golden years.

In 2009, she volunteered to be secretary for the Negri Sembilan and Melaka branch of the society.

By 2014, she was helping the society with secretarial duties at national level. A mangrove planting activity at Pantai Cherating organised by MNS and supported by an insurance company.

Two years ago, Bacon volunteered to be vice-president for one term and this year, she is taking part in a green technologies and eco solutions trade event.

She will also be tabling contents for a Sri Lankan climate change webinar conference.

In return for the rewarding experiences she had from being a part of the society, the retired programmer recently upgraded her subscription to life membership, taking up MNS’ 80th anniversary celebration offer.

The offer allowed existing active subscribers to pay up the remaining years to the required 25 years at only RM60 per year plus a RM200 donation. Membership fees are RM70 per year for an ordinary member.

This life membership offer is one of many promotions the country’s oldest environmental NGO has come up with to boost participation numbers.

In revealing its strategic plan, MNS membership unit assistant manager Sashikala Manikam said the committee had set an ambitious target of 10,000 subscriptions to be realised by 2021.

“Since its founding in 1940, some 30,000 members have joined our society, supporting us in our fight for nature protection and education.

“At present, we have 2,500 active members and to reach our target, we are turning to digital technology, ” she said.

In the past, Sashikala said membership drives had been at their most successful during the society’s yearly events, which included the Firefly Celebration, Festival of Wings and Raptor Watch, all of which attracted nature enthusiasts from all over the world.

She added that the usual rate of 50 new sign-ups per year was mostly gathered from these events.

Looking at the current rate of uptake, the task of increasing the number of members by another 7,500 subscriptions within 15 months may appear daunting. During his presentation of the roadmap, Balu revealed that the society hopes to realise the dream of 10 expeditions and the conservation of five terrestrial and five marine sites.

However, MNS executive director Shanmugaraj Subramaniam is confident that technological advances in this digital age will help align the society with a whole new generation.

Its latest tool of attraction is a mobile phone app, developed by one of the members in collaboration with an IT company.

“This mobile app brings the society right into the palms of our members, ” he said.

With help from digital technology, the society is also able to track lapsed memberships.

“We discovered from the data collected that nearly 100 members unwittingly ‘leave’ the organisation because of unpaid yearly dues, ” he said.

“As a result, we came up with an auto renewal option for new signings.”

Declining awareness on the need to preserve green spaces and forest cover is the main spur pushing the society to garner more participation from the public.

“People have forgotten that trees produce the oxygen that we need to breathe, ” observed MNS president Prof Ahmad Ismail, who has come across many who are still ignorant of nature’s role in providing air and water. “Someone once told me there was no real need for jungles or urban forests, ” he said in disbelief.

“They said they would make do with plastic plants at home.”

In a roadmap presented by MNS project manager Balu Perumal, who heads the society’s conservation projects, it stated ambitious plans to increase the number of its members five-fold from the targeted 10,000 to 55,000 by 2030.

“The emphasis is on fostering closer relationships with government agencies and related forest and timber stakeholders, ” said Balu.

The monies obtained from the members’ yearly dues will go towards staff capacity building, scientific expeditions and the management and conservation of forest and marine areas.

“It will also be channelled to multicountry projects run by the society’s international affiliates such as BirdLife International, which has 12 million members.”

From the annual fee of RM70 paid by MNS members, US$1 (RM4.17) goes towards its subscription.

All in, the society hopes to realise the dream of 10 expeditions and the conservation of five terrestrial and five marine sites that have been identified as important biodiversity areas by environmental and nature experts.

During Balu’s presentation at the launch of their mobile application at the society’s headquarters, he admitted that the society had “not done a very good job” in regard to the protection and preservation of forest cover and green spaces.

This is despite successful past campaigns that led to the saving of the Endau Rompin and Belum Temenggor forests in Johor and Perak respectively.

To stress his point, Balu revealed that a majority of the remaining percentage was located in Sabah and Sarawak and without them, this figure would be much less.

What was remaining in Peninsular Malaysia, he believed, could easily be lost to logging and development at any time.

At present, the society is working to convince Kedah government to preserve the Ulu Muda forest for its importance as a water catchment area.

Rainwater collected in the natural environment of the forest fills the Pedu, Muda and Ahning dams, which supply water to three states, including rice growing areas.

By the end of the 10-year roadmap, Balu said the society hoped to see more Malaysians empowered and engaged in forest-related policies and monitoring.

“The Government has set policies but are they implemented and enforced? How can we pressure decision makers and get them to protect the forest?

“One example is in Endau Rompin. When we first started, nobody believed that we could save it but the Johor government changed its decision and the segment of the forest that was in its state was gazetted as a state park in 1993, ” said Balu.

He said the society also lobbied for Belum Temenggor forest to be preserved.

“Now, we are working on Ulu Muda and this will be another long-term project to get everybody to participate and get the public to support our cause, ” added Balu. 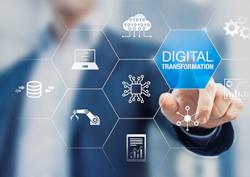 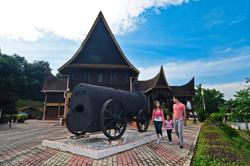