KOTA KINABALU: Eligible recipients of food baskets in Sabah are urged to contact their district officers if they have yet to receive assistance.

Minister in charge of Covid-19 matters in Sabah, Datuk Seri Masidi Manjun said that although the state recorded a total of 9,409 food baskets distributed to affected families in the targeted enhanced MCO districts, there was no denying that there were weaknesses.

“There will be weaknesses initially but those entrusted with the distribution work on the ground are doing their job, ” he said in responding to criticisms on the late arrival of food aid to affected people.

“Working in a red zone is a challenge in itself.

“Food baskets have been delivered in five districts on Monday but for those who have yet to receive them, please contact your district office, ” he said.

The first phase of the targeted enhanced MCO ended on Oct 12 and the Federal Government had extended it to Oct 25.

Concerns were aired on social media platforms about many families not having enough food to eat and babies having no milk following their families being laid off from work and their villages cut off from the outside due to the targeted enhanced MCO.

This has resulted in many kind-hearted people coming forward to send help on their own.

He said these were distributed to heads of families in the localities at the targeted enhanced MCO areas and families who had been instructed to quarantine at home by the Health Ministry.

On the scope of essential services being unclear for Sabah, Masidi, who is also state Local Government and Housing Minister, said the government would make adjustments.

He said operators of workshops as well as hardware and electrical shops could apply to reopen.

Previously, the list of essential services before the recovery MCO had been added and adjusted according to needs and current Covid-19 situations.

The adjustments which included additional types of businesses and operational hours were announced by the then Chief Minister and State Secretary’s office. 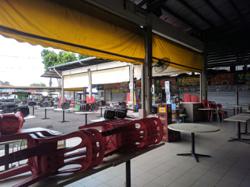