Session off to a fiery start

By ARNOLD LOH and N. TRISHA

A screengrab of Dr Afif rising to defend Muhamad Yusoff at the state assembly sitting at Dewan Sri Pinang, Penang.

THe Penang Opposition Leader had a hard time while debating next year’s budget at the state assembly hall.

Datuk Muhamad Yusoff Mohd Noor (BN-Sungai Dua) was constantly interrupted by other members of the Hall, who badgered him with questions and tried to make him retract statements.

Before he could begin giving feedback on the budget, Teh Lai Heng (PH-Komtar) wanted to know if Muhamad Yusoff agreed with the state government’s decision to forego triggering by-elections by pulling back its motion to have four seats in the Hall vacated after those assemblymen breached the anti-hopping clause in the state Constitution.

Muhamad Yusoff said he was ready to defend his four colleagues in the Opposition before the motion was withdrawn.

Then Chris Lee Chun Kit (PH-Pulau Tikus) stood up and asked if Muhamad Yusoff supported the “hopping around culture”. 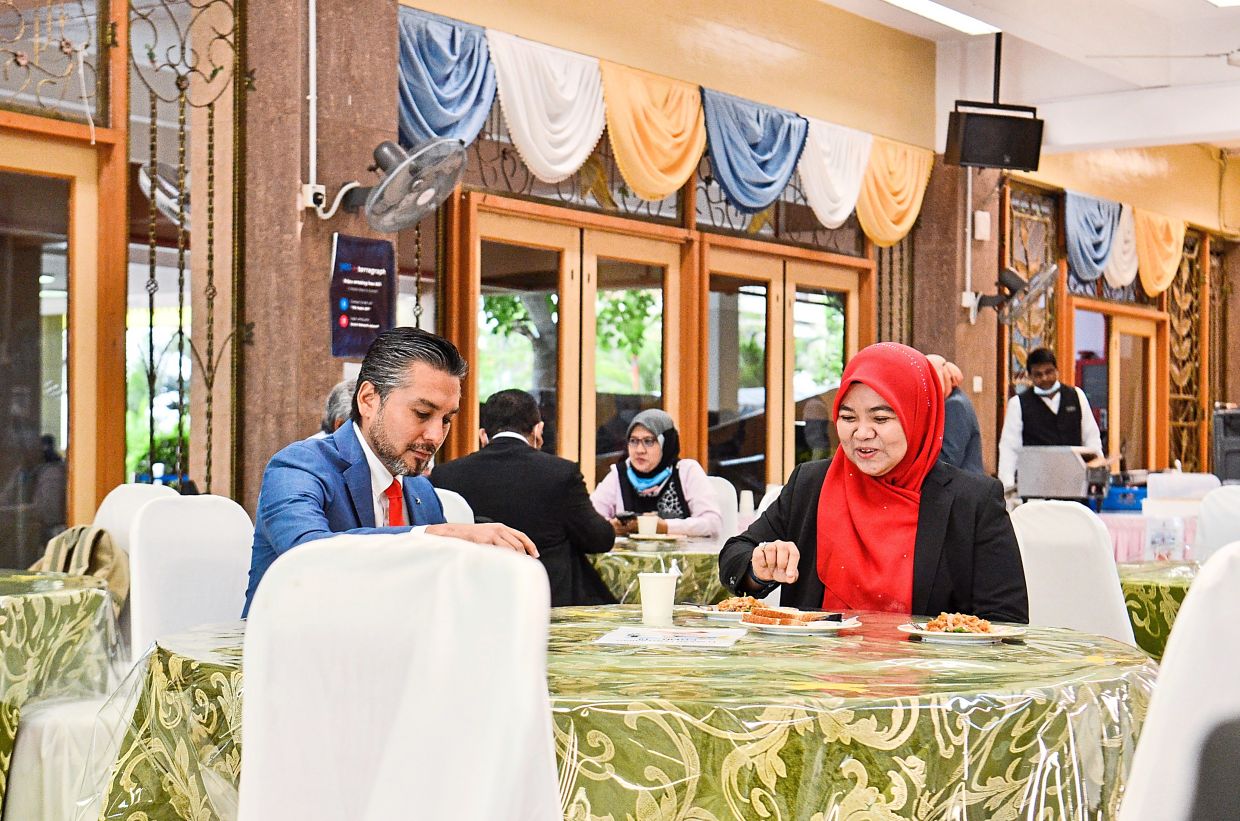 Several assemblymen then spoke in unison and even Chow stood to rebutt Dr Afif until Muhammad Yusoff finally said:

“I don’t like party-hopping. But we go back to the law. There is an enactment in the state Constitution, but it is not in line with Federal Constitution.”

Chow then told Muhamad Yusoff: “The issue can be settled in court. Respect the process of the law. In our state, those assemblymen need to vacate their seats but they chose not to”.

They were referring to the state government’s earlier intention to table a motion to vacate the seats held by Dr Afif, Khaliq Mehtab Mohd Ishaq (Bersatu-Bertam), Zolkifly Md Lazim (Bersatu-Teluk Bahang) and Zulkifli Ibrahim (Ind-Sungai Acheh). The motion was withdrawn owing to the pandemic.

Muhamad Yusoff was again badgered when he expressed hope that the state’s budget would benefit grassroots instead of focusing on mega projects. A screengrab of Dr Afif rising to defend Muhamad Yusoff at the state assembly sitting at Dewan Sri Pinang, Penang.

Lee, citing a rule in the assembly, tried to get Muhamad Yusoff to retract that statement on grounds that it insinuated that assemblymen in the Hall had ill intentions.

Lee, Satees Muniandy (PH-Bagan Dalam) and several others stood up repeatedly to interrupt the Opposition Leader throughout his turn to debate at the state assembly sitting held at Dewan Sri Pinang, George Town, yesterday.

After many interruptions, Law told Muhamad Yusoff he had five minutes left.

But to make up for the interruptions, Law eventually let the Opposition Leader have the floor for about 90 minutes.

In debating the state’s Budget 2021, Muhamad Yusoff’s main concern was the distribution of economic opportunities, especially to Penang’s rural folk.

He felt that too many development plans, such as 5G connectivity and youth project allocations, focused on urban areas while rural folk were somewhat marginalised. 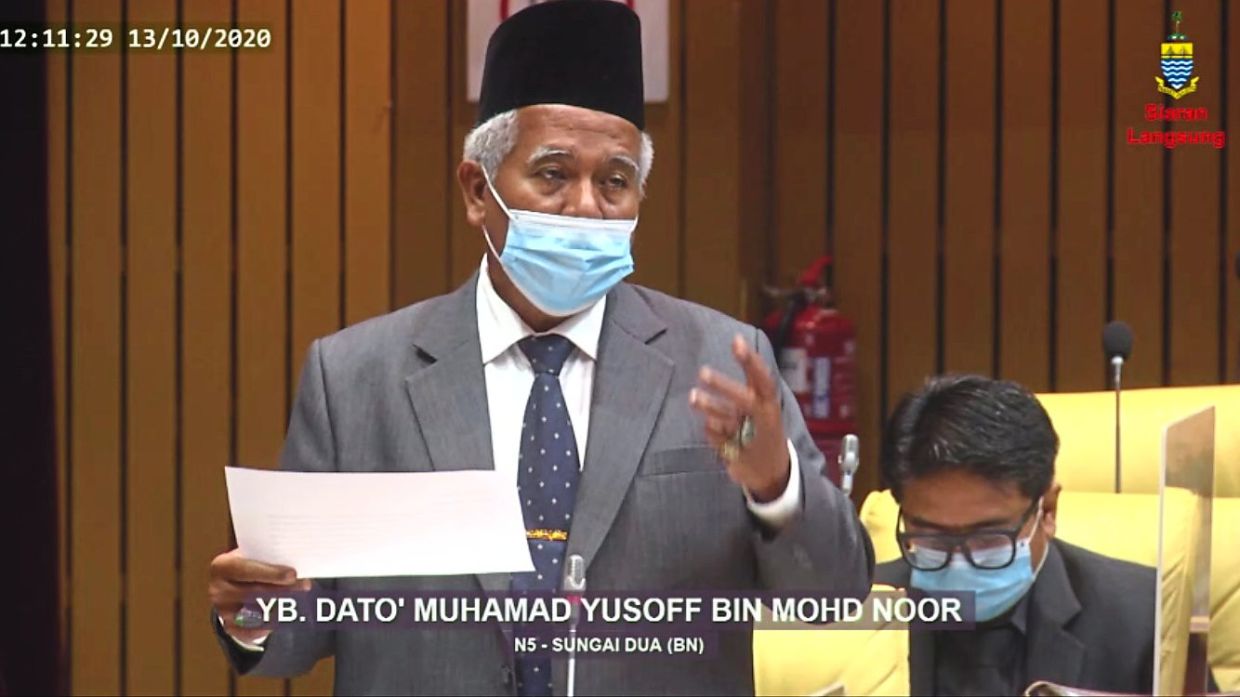 Muhamad Yusoff taking part in the debate on the state’s Budget 2021.

He sought clarification of RM10mil allotted to an oyster farming project in Budget 2021.

“Why is the private sector involved? Why not allocate the RM10mil to develop smallholders instead?”

He told the Hall about repeated cases of padi fields being filled illegally for property development and reminded everyone that pig farmers were still dumping pig waste into rivers, as they had done for decades.

He lamented the fact that though the state’s Pig Farming Enactment was passed in 2016, the farmers had yet to be compelled to switch to a closed system and were given until 2022 to comply.

Chow, however, stood up to explain that although it was passed in 2016, the enactment was gazetted only this year and there was a provision to give the farmers two years to switch to a closed system.

Muhamad Yusoff urged the state to prioritise low and low medium-cost housing instead of passing the task to private developers and called for the development of a workers’ hostel on the mainland, revealing that companies have rented tens of houses in Taman Teluk Molek, Butterworth, to house their workers, creating social problems for residents.

He asked that the government plug legal loopholes that allow foreigners to run businesses, pointing out that there were 400 businesses operated by them on the mainland alone.

He expressed thanks that the completed flood mitigation project in his constituency worked; despite bouts of heavy rain recently, there was very little flooding in his area.