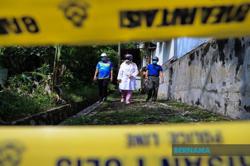 The spot where residents in the area fear soil erosion is getting worse.

SIBU: Residents of Sungai Mening near Bakun Resettlement Scheme want the authorities to immediately look into the soil erosion problem that is affecting a bridge there used by the community.

They are worried that if no action is taken to rectify the issue, the bridge may collapse one day.

“During heavy rain the water current is strong and swift, which worsens the soil erosion at the foot of the bridge,” said a resident, Umie Liau.

She said the 150m-long bridge was used daily by residents of many longhouses, who were mostly Kenyah and Kayan.

“The bridge is an important link for the people here. Without it, life will slow to a standstill,” she said.

However with the soil erosion, it has become dangerous to use the bridge.

Umie also wants the authorities to take action against litterbugs who have been throwing rubbish near the bridge.

“There are no rubbish bins here.

“People who picnic near the bridge often leave empty bottles and other items littering the ground,” she said.

She highlighted that there were also broken glass bottles that posed a danger to children who followed their guardians to swim in the river.

“With empty bottles everywhere, the place has become a potential mosquito breeding ground as well,” she added. 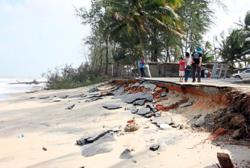 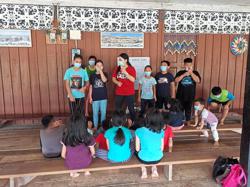