Ready for any eventualities

Fire and rescue personnel surveying the coast along Port Klang prior to the high tide phenomena expected on Oct 17.

COASTAL areas in Selangor are on alert as authorities have been told to be ready to respond to floods that may occur due to the high tide phenomenon that has sea waves of 5.7m to 5.8m in the forecast from Oct 17 to 19.

Izham added that five districts, namely Klang, Sepang, Kuala Langat, Kuala Selangor and Sabak Bernam, had been identified as high-risk areas for flooding if the phenomenon was accompanied by heavy rain and strong winds. 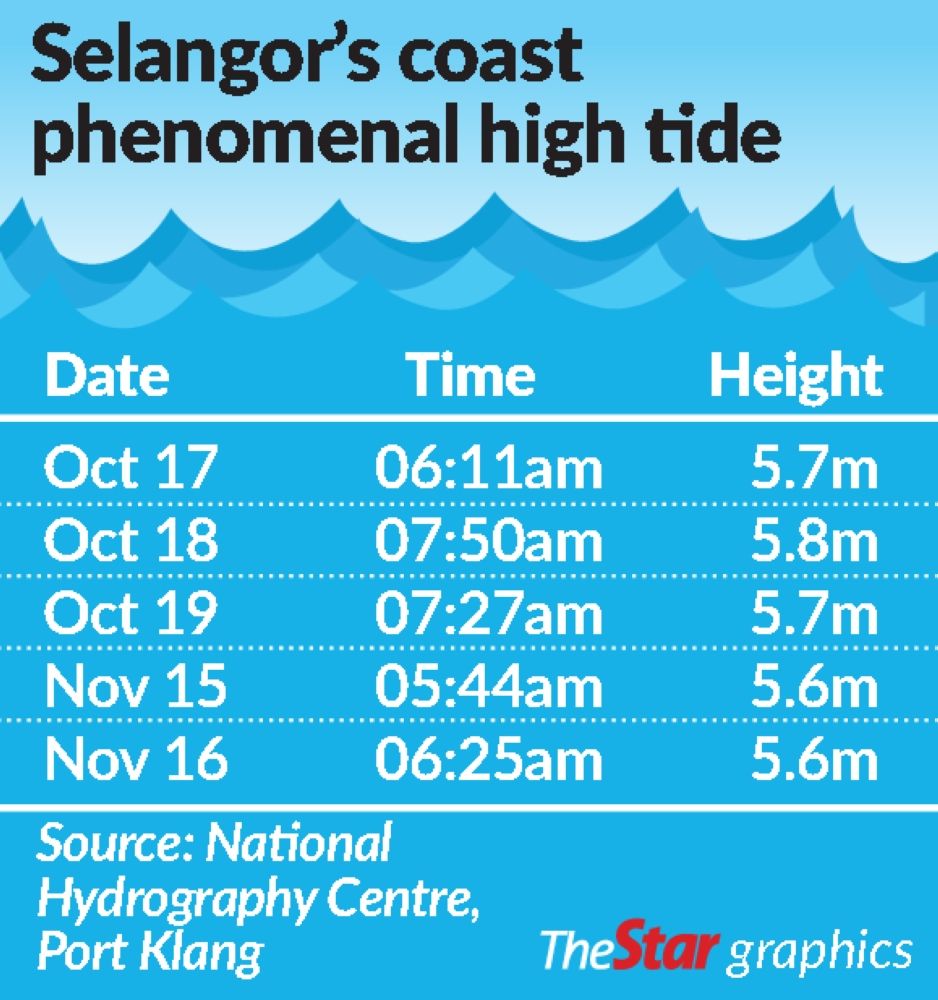 “In Kampung Telok Gong, Port Klang, the Drainage and Irrigation Department strengthened the bund that saw water rising above it in last month’s high tide and some houses were inundated,” he said.

Izham advised residents living close to the seaside and rivers to be vigilant and avoid boating activities, fishing trips and tours along the coastline.

On the high tide phenomenon expected to continue in November, the National Hydrographic Centre forecasts the tides on Nov 15 (at 5.44am) and Nov 16 (6.25am) to reach 5.6m.

“All district-level Fire and Rescue Department units, state Civil Defence Department and the Swift Action Taskforce (Pantas), which is a team that handles emergencies and disasters at local council level, will be on high alert,” he said, adding that the Selangor government had raised the height of rock bunds and strengthened barriers at several locations.

Izham said that while the state government was confident that the bunds or embankments close to the sea and rivers would hold up, the authorities were on alert as certain low-lying areas were at risk of flooding.

He said all stations in the district were well-equipped and prepared to handle any calamity.

“Our fire stations are equipped with boats, life jackets and utility vans, and are able to provide relief if flash floods occur,” he said.

Bonny added that based on tide levels forecast, the water levels would be manageable and should not breach the bunds.