Azman thought he got a good bargain by hiring a contractor for his kitchen renovation via Facebook.

JOHOR BARU: A lecturer thought that he got a good bargain by hiring a contractor to renovate the kitchen of his double-storey house in Pasir Gudang via Facebook.

The claimant Azman Salamat, 40, said the contractor with a home office in Taman Daya had offered to do the job for RM22,480.

“I was attracted to the offer as similar renovation work usually costs between RM25,000 and RM35,000,’’ he said when met outside the Johor Baru Consumer Claims Tribunal at Menara Ansar.

Azman deposited RM10,000 into the contractor’s bank account on May 8 and the workers were supposed to start on the project the next day.

However, they did not turn up. Instead, the contractor called the claimant on May 9, requesting a further RM10,480.

“He told me he needed the money to buy the building materials as he had no projects for three months during the movement control order,’’ said Azman.

He paid RM10,480 in four instalments in May and June with the last payment made on June 28. Two workers came to his house to start renovation work on May 12.

The claimant said he was not satisfied with the building materials used, especially the low quality metal beams for the roof as it could collapse any time because of the heavy concrete slabs.

“The cement for the concrete slabs should be allowed to set for at least a week to 10 days but the workers only gave it five days to set,’’ said Azman.

He said the workers left mid-way during the renovation work and he found from the contractor’s FB account that they had undertaken a project to build a single-storey bungalow in Felda Ayer Tawar 3 in Kota Tinggi.

The claimant contacted the contractor many times via phone calls and WhatsApp messages but his number was blocked by the contractor and the latter even deleted his FB account.

Azman hired a new contractor to finish the job, which was completed in about a month, and had to fork out another RM20,000 for the work.

Tribunal president Mohd Zahirullah Mohd Taib ordered the respondent to return RM10,578 to the claimant within 14 days, taking into account that the workers had done some structural construction in the kitchen.

Separately, sales executive Teoh Soh Ling, 27, said she was satisfied with the RM1,200 awarded to her by Mohd Zahirullah.

The 27-year-old claimant had hired a contractor to renovate her new 1Prima apartment at Taman Dato Chelliam in Ulu Tiram near here for RM7,340.

“All together, I paid RM7,000 and the remaining RM340 to be settled once the contractor completed the renovation job,’’ said Teoh.

She said the renovation cost was to do cornice in the living area, wiring, kitchen cabinet, table top and a Japanese-style platform bed for the master bedroom.

Teoh, who is currently staying with her mother in nearby Taman Puteri Wangsa, said workers came to do the renovation work on Nov 15.

“While I am quite happy with the job done, the contractor has failed to complete the platform bed and wiring,’’ she said.

She agreed to the RM1,200 that the respondent was willing to return even though she initially requested for RM2,000 when filing the case with the tribunal.

Mohd Zahirullah ordered the respondent to return RM200 within 14 days, followed by five payments of RM200 each every month from November to March next year. 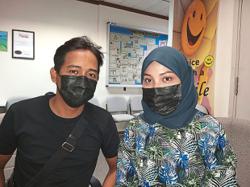