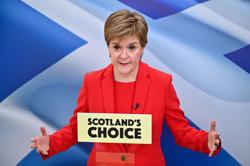 (From left) Chow presenting the appointment letter to Cha as the new honorary consul-general of Fiji in Penang, witnessed by Tagicakirewa at The Light Hotel in Seberang Jaya, Penang.

He said Cha, 60, who is a businessman and Penangite, established business relations with Fiji 15 years ago.

“I congratulate him on this appointment,” Chow said in his speech during the inauguration ceremony of Cha’s appointment at The Light Hotel, Penang, on Saturday.

The ceremony was also held to mark Fiji’s 50th anniversary of Independence.

Chow said the state government is ever supportive of the growing number of consular representations in Penang and welcomes more exposure for Penang in Fiji and her regional neighbours.

“Despite the Covid-19 pandemic and movement control order, investors remain confident in Penang,” he said.

infrastructure are among the aspects that continue to attract these investors.”

Chow added that he looked forward to a stronger relationship between Penang and Fiji.

Cha said that with his appointment, he hopes to enhance ties between Penang and Fiji.

“I am indeed honoured to be the bearer of Fiji’s flag in Penang.

“I will fulfil the call with the same patriotism I have given Penang and Malaysia,” he said.

Fiji is a country located in the South Pacific.

It is an archipelago of more than 300 islands about 1,100 nautical miles north of New Zealand.

Fiji is one of the most developed economies in the Pacific, bolstered with abundant forest, mineral and fish resources.

It was colonised by the British in 1874 and gained independence in 1970.