Upset over info at the eleventh hour

CONFUSION and anger were among sentiments of Klang residents who were informed of a conditional movement control order (MCO), which took effect yesterday, without any other information.

It was only much later that they told about the standard operating procedures (SOP) and the areas affected.

Residents had prepared for the worst, only to find out that travelling to work could go on as normal.

However, access to only parts of Taman Bayu Perdana and Taman Sri Andalas in south Klang, and Kampung Kuantan in north Klang are blocked by police.

Any movement in and out of those restricted areas must be accompanied by a police permit.

A StarMetro team which drove to those areas yesterday, saw concrete barricades around the two neighbourhoods in south Klang.

There was also police presence in the two areas and at random locations around town.

Movement around town seemed normal although with fewer vehicles. It seemed like any ordinary day.

This could also be because of residents’ confusion over whether they could leave their homes or leave the royal town.

“I’m upset that this news was shared with us only late in the evening and I found out at night that I need to get police consent to leave my house, ” said Taman Sri Andalas resident Celine Cheah.

Cheah, in her 60s, said she was clueless about where to apply for the permit as news reports said it could be done at mobile police stations, but the locations of these stations were not provided.

Lawyer Roxanne Seah was confused by the late announcement as it was not made clear if people from outside Klang could enter the town for work. 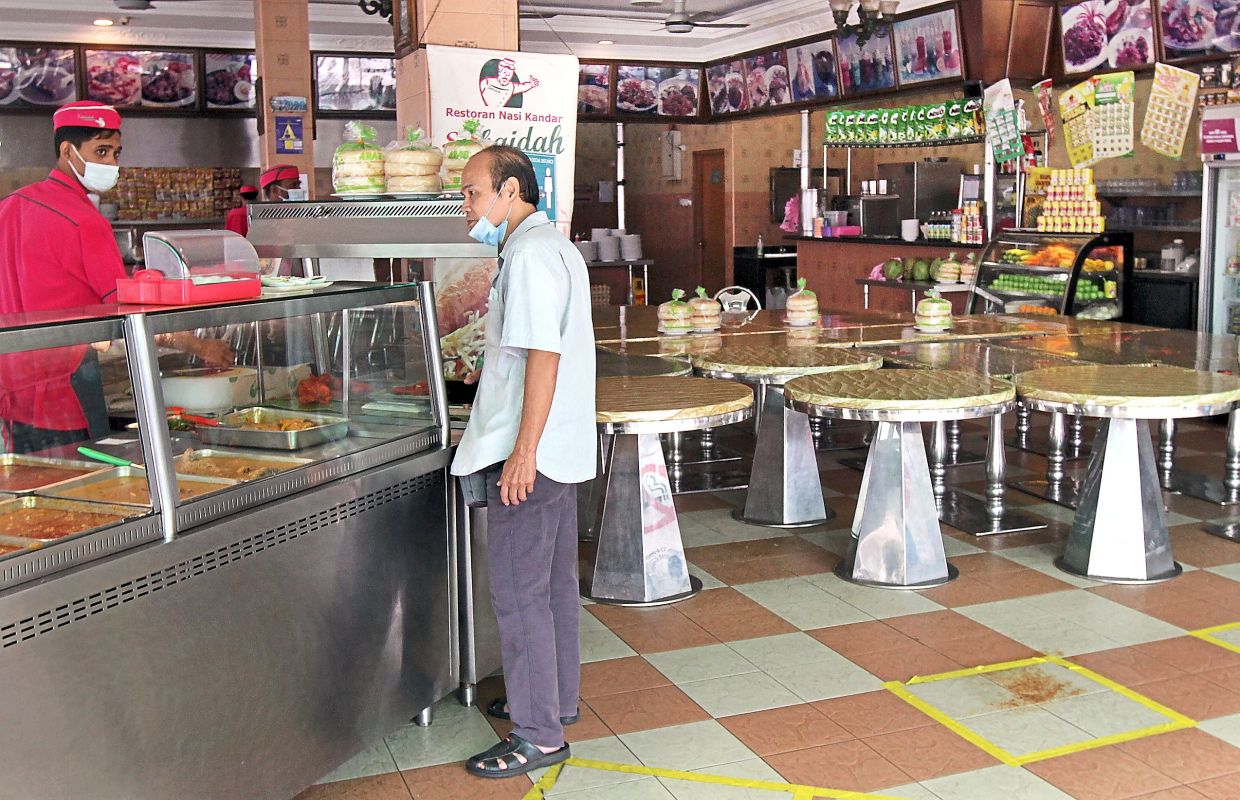 A restaurant in Taman Bayu Perdana stopped the dine-in service and allowed only takeaway.

“We were given different information from different sources and it was really hard for us employers as we did not know what to tell our staff and clients – if we are open or not, ” she said.

Seah, who travels from Kelana Jaya to Klang for work, said everyone in the office did not know what to expect and came to work anyway.

Ambang Botanic resident Caleb Khoo suggested that the government should have gotten all its information ready before making the announcement.

On social media, frustrated residents also looked for info on whether they were allowed to dine in at food outlets.

Klang MP Charles Santiago yesterday urged the Federal Government to discuss matters with the state and local governments before making the announcements to avoid unnecessary panic among residents.

He questioned why the conditional MCO was implemented only in selected neighbourhoods within Mukim Klang.

“I have residents in Bandar Parklands and other places within Mukim Klang asking me if they can operate as usual or are they also subject to the SOP, ” he said.

Santiago urged the National Security Council to be more transparent and explain why only a few townships and neighbourhoods were chosen.

“Based on information from the Health Ministry, all the cases in Klang were isolated and dealt with speedily the moment they were notified of a case.

“All close contacts have been traced, screened and put under 14-day quarantine, ” he said, adding that the Health Ministry did an excellent job in containing the spread.

He urged the ministry to update everyone on the latest situation to prevent chaos and panic.

Santiago said some Klang residents have either moved out of the royal town for two weeks, or have had to rush back home for fear that they would not be able to be with their families.

Meanwhile, Bernama reported that Selangor police chief Datuk Noor Azam Jamaludin has advised those living near roadblocks to get a letter from their employers to enable them to enter and exit their neighbourhood.

Stating that a police permit was not required, he said if they were unable to do so, they could download the form from the Facebook pages of Klang Selatan, Klang Utara and Shah Alam police headquarters, or obtain them at the roadblocks.

He also reminded the public to fill up the form clearly to avoid creating a long queue when passing through the roadblocks.