No one to turn to in times of need 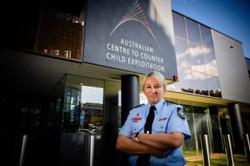 A survey initiated by Petaling Jaya child councillors (PPJCC) found that learning from home was less effective due to unstable Internet connectivity and lack of suitable devices to follow online lessons.

Some 53.9% of the child respondents rated learning from home between fair and very poor. The survey, carried out between May and June, was done to understand children’s views on online safety, physical and mental health, education and basic needs.

The movement control order (MCO) put many in unfamiliar territory as they had to juggle challenges and face the emotions that came with it.

Children, too, had their share of struggles hence the online survey.

Thirty-two child councillors, from varied economic backgrounds, shared the online survey forms in English and Bahasa Malaysia, with their peers.

Some 36% of respondents were from Petaling Jaya while 64% were from other parts of the country.

Among the respondents, 33% were aged 16 to 17 years old while the rest were between seven and 15 of age.

The “Findings On The MCO Survey” team was led by child councillor Qamil Mirza Abdullah, 17, who said 525 children aged between nine and 17 years old submitted their response.

“Since we are children, we decided to ask questions based on the struggles all of us faced during the MCO, ” he said.

“During online classes, the temptation to watch YouTube videos while my teacher was teaching was too high, ” he said, adding that many others were of the same opinion. The 32 child councillors comprise children from all economic backgrounds and they shared the online survey forms with their peers.

Some 31.2% of respondents said their Internet connection at home was unstable.

“When the screen lagged due to poor Internet connection during e-learning sessions, we became less interested in our lessons so the online lessons were less effective, ” he said.

A high number of respondents, 55.6%, said they were on the Internet for more than six hours a day while 48% submitted that they did not feel safe online.

However, 69% were keen to learn more about online safety.

Qamil said based on the survey, Internet usage by children increased four times compared to before the MCO.

“Some were also exposed to online issues such as inappropriate materials being sent to them by unknown people.

“Sometimes pop-up advertisements show up during online searches. These direct us to inappropriate sites. The advertisement may come with a siren-like loud alarm notifying the user to download an item to the computer, failing which your system will crash.

“When they land on such pages, they tend to follow the instructions. It is like a scam to fish for information and children without much cyber safety knowledge may fall for it, ” he said.

Qamil added that those who were into online games were also exposed to vulgarity and if uncorrected, could result in the child using unsavoury words learned on others.

Some 38.1% of the respondents said the MCO had affected their physical and mental health.

Forty-four percent said they played video games or with their toys and 24% responded that they exercised at home while 13% did little to maintain their physical and mental health during the MCO.

“One respondent said he stared at the wall in his house during the MCO when he was bored, ” said Qamil.

Based on the survey, 20% of respondents had no one to go to when they were stressed, feeling anxious or depressed.

A majority of the respondents, 41.52%, go to their parents for solace while 22.29% expressed their feelings to friends.

“It is something to ponder on as to why 20% of respondents do not express their feelings to anyone.

“We also learned that only 0.38% know about the Women, Family and Community Development Ministry’s Talian Kasih (15999).

“Some friends said they did not want to go to their parents because they would be told not to get emotional.

“They also fear being judged by their parents.

“I was raised by a single mum as my father died when I was young.

“My mother tells me that I can tell her anything even if I an involved with bad habits. I hope other children are able to talk to their parents openly too, ” said Qamil, adding that he was close to his mother.

He said that some 30.29% of the respondents were worried of being unproductive, 20.19% were anxious about gaining weight while 15.05% were concerned that their stress levels would rise during the MCO.

Based on the survey, Qamil hoped children would know who to talk to when they feel depressed or stressed.

He said more initiatives on online safety was needed and hoped for more support from the government and non-governmental organisations in carrying out research on educating children on this.

Besides this, Qamil said there were many children in need of suitable gadgets and devices to facilitate their online lessons.

Assistant team leader Kirtti Kesavan said analysing data from the survey gave her a perspective on how the MCO affected her peers.

Mentor for the survey and lecturer Dr Amelia Alias, 44, said the survey was special because it was done by child councillors compared to most studies which were created by adults on how children coped during the MCO. Dr Amelia describes the survey as special because it is done by child councillors compared to most studies which are created by adults on how children cope during the MCO.

Children, she said, created and distributed the questionnaire on social media platforms and even created an analysis, guided by adults. She said while the survey had its share of interesting findings, there were limitations to getting an overall picture.

“The online survey form was only distributed to those with Internet access.

“It was not our intention to do so but this was the best option due to the limitations faced.

“However, the survey was also conducted in B40 areas such as the People’s Housing Project (PPR). In fact some of the child councillors live in these communities, ” said Amelia.

She said to facilitate the survey, the children were given a series of online lessons by adults, including those from the Childline Foundation.

“It will be good if more surveys are done on children and the information can then be used to come up with good solutions, activities and even policies, ” she said.

“It is a great idea for children to lead surveys on their issues. 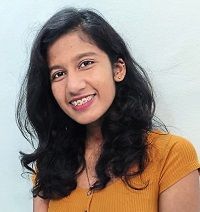 Cathryn says children know about physical abuse but are unaware of verbal, sexual or emotional abuse.

“During the MCO, children experienced living in a confined space and may were exposed to various types of abuse but were unaware of these due to lack of understanding.

“They all know about physical abuse but they are not aware of verbal, sexual or emotional abuse.

“Once they understand more about abuse, they will be able to take action such as reporting the matter or seeking help from the right channels such as Talian Kasih.

“We are hopeful that these children will be the voice of their peers, ” said Cathryn.

Toy Libraries Malaysia chief play advocate Datin PH Wong said the survey indicated that 20% of children did not share their feelings with anyone when they were depressed, and this matter could not be overlooked.

“Why are the children not calling the Talian Kasih when they have no one to go to.

“We need to re look at these helplines if they are being promoted to the children, ” she said.